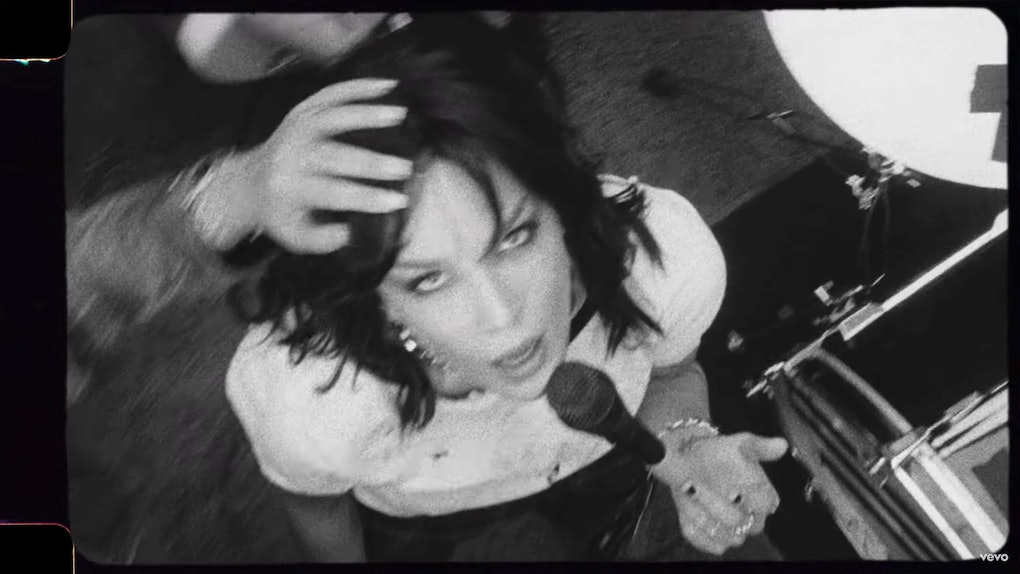 Halsey's "Nightmare" Music Video Will Literally Keep You Up At Night

Just about every artist millennial-pop music lovers adore is releasing new music this summer. Miley Cyrus might be dropping an album soon, a Jonas Brothers reunion album is on its way, and now, Halsey has released a new single leading up to her new album. What a summer, fam. What a summer. The "Without Me" singer dropped her new single, "Nightmare," on May 17, and now, Halsey's "Nightmare" music video is here as well, and fans are in love with every second of it.

On May 9, Halsey announced the upcoming arrival of her newest single with dramatic flair. During her second night of performances at New York City's Webster Hall, she draped a curtain on the stage at the end of the show saying that her new single would be called "Nightmare" and would be released on Friday, May 17. The singer dropped the song's music video along with the song on May 17, as promised, and fans of the singer are already in love with the song and the music video's visuals.

She posted the video of the moment she revealed the single's upcoming arrival to her Twitter on May 9, and yes, the moment was absolutely everything.

The drama. The flare. We stan.

The song and the video were hinted to have a feminist vibe leading up to their simultaneous release. Again, we stan.

Halsey tweeted some apparent cover art on May 13 that said "“c’mon little lady, give us a smile?”

She also tweeted the amazingness that is this photo on May 14, captioning it "'little' lady."

Look at all of that righteous female anger! Scream, babies, scream! There are scenes where Halsey embraces her sexiness in leopard lingerie, and others where she gives a big eff you to the camera amid her mob of female cohorts and a mouth full of blood (seriously... it may actually give you nightmares). We have been ready for this video, Halsey.

Here you can watch Halsey's "Nightmare" video in all of its female glory.

The meaning behind "Nightmare" is a much different vibe from Halsey's "Without Me," which was her first No. 1 hit on the Billboard charts. Neither is necessarily better than the other, mind you. They tell two completely different stories.

In "Without Me," Halsey sings about past relationships (probably her relationship with rapper G-Eazy) and how she put people on a pedestal just for them to treat her badly. It's a very specific-to-Halsey experience, but universal in nature. In "Nightmare," the story is also universal, and it's more of an anthem for justifiably pissed off women. It's a seriously refreshing song that's making me want to throw on my "Nasty Woman" shirt and march, baby. And how fitting that it's been released in the middle of all of these abortion bills in the south passing into laws. This is a nightmare, Halsey! How apt!

It's not clear when Halsey will be dropping her next album, but between "Without Me" and "Nightmare," I'm already outrageously pumped to see what the rest of the album is going to contain. The singer is known for creating concept albums, so if this is about to be an album all about a woman owning her narrative and giving a huge f*ck you to men, I. AM. READY.