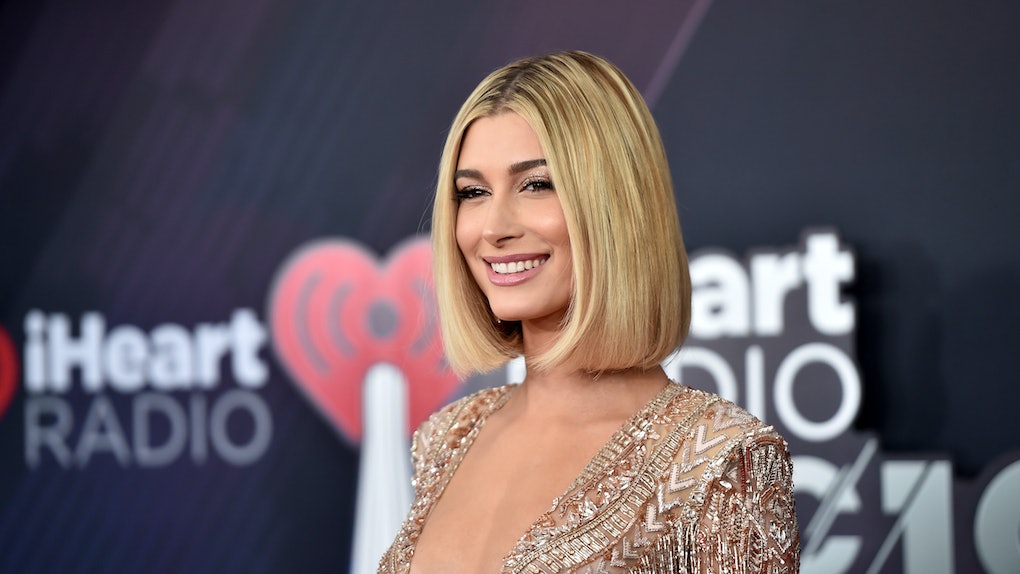 Hailey Baldwin’s Bridesmaids Have Already Been Revealed & OMG, It's Happening

If any of you had doubts that this Hailey Baldwin-Justin Bieber wedding thing was actually going to happen, I'd recommend you start setting those aside ASAP. Why? Well, because the two are legit starting to get down to the nitty gritty of wedding planning. That means all sorts of things like, for example, picking out the people who are going to be part of their wedding party. Yep, that's right, my friends. Bridesmaids for the Bieber-Baldwin wedding have officially been chosen. In a recent interview, Kim Basinger revealed who some of her niece, Hailey Baldwin’s, bridesmaids are going to be on the big day.

"Oh, it’ll be fun," Basinger told Us Weekly of the upcoming nuptials. "Alaia and Ireland, they’re in the wedding. So believe me, I just — it’s cool! I think it’s sweet. It’s a very sweet thing. Happiness … We’re living in some really dire times right now."

For those of you who aren't clear on who Alaia and Ireland are, let me give you the low down on the Baldwin family tree.

Alaia is Hailey's sister. Cosmopolitan reports she's also a model and that the two are "super close." The 25-year-old is already married, and her little sister, Hailey, was actually maid-of-honor at her wedding.

To commemorate her sister's engagement, Alaia posted a black and white picture of them together on her wedding day with the caption:

From one bride to the next ..... congratulations to my baby sister on this exciting next chapter! I love you and wish you both the best. Can’t wait to celebrate with you! @haileybaldwin@justinbieber 💫💍💫💍

OK, now that we know who Alaia is, let's move onto Ireland.

Ireland is the daughter of Kim Basinger and Alec Baldwin, making her Hailey's first cousin.

When news of the engagement broke, Ireland also took to Instagram to congratulate her cousin. She posted a childhood picture of herself in the tub with her two cousins and finished it off with pretty much the most epic caption ever, complete with the perfect Bieber song quote:

There’s gunna be one less lonely girl 💍 ... and only one lonely girl left 😚 my other chicken is soon to be a beautiful bride ♥️. congratulations to the two of you @haileybaldwin@justinbieber

Rumors of Bieber and Baldwin's engagement first started swirling a couple weeks ago when TMZ reported the news. Shortly after, Bieber took to Instagram to confirm that the rumors were, in fact, true. Along with two black and white images of the couple looking totally in love, he wrote:

Was gonna wait a while to say anything but word travels fast, listen plain and simple Hailey I am soooo in love with everything about you! So committed to spending my life getting to know every single part of you loving you patiently and kindLY. I promise to lead our family with honor and integrity letting Jesus through his Holy Spirit guide us in everything we do and every decision we make. My heart is COMPLETELY and FULLY YOURS and I will ALWAYS put you first! You are the love of my life Hailey Baldwin and I wouldn’t want to spend it with anybody else. You make me so much better and we compliment eachother so well!! Can’t wait for the best season of life yet!. It’s funny because now with you everything seems to make sense! The thing I am most excited for is that my little brother and sister get to see another healthy stable marriage and look for the same!!! Gods timing really is literally perfect, we got engaged on the seventh day of the seventh month, the number seven is the number of spiritual perfection, it’s true GOOGLE IT! Isn’t that nuts? By the way I didn’t plan that, anyways My goodness does feel good to have our future secured! WERE GONNA BE BETTER AT 70 BABY HERE WE GO! “He who finds a wife finds a good thing and obtains FAVOR from the Lord!” This is the year of favor!!!!

Hailey also took to social media to confirm the news, posting on Twitter:

Congrats to the happy couple! And, FYI, if either of you need any extra people in your wedding party, I'm available!