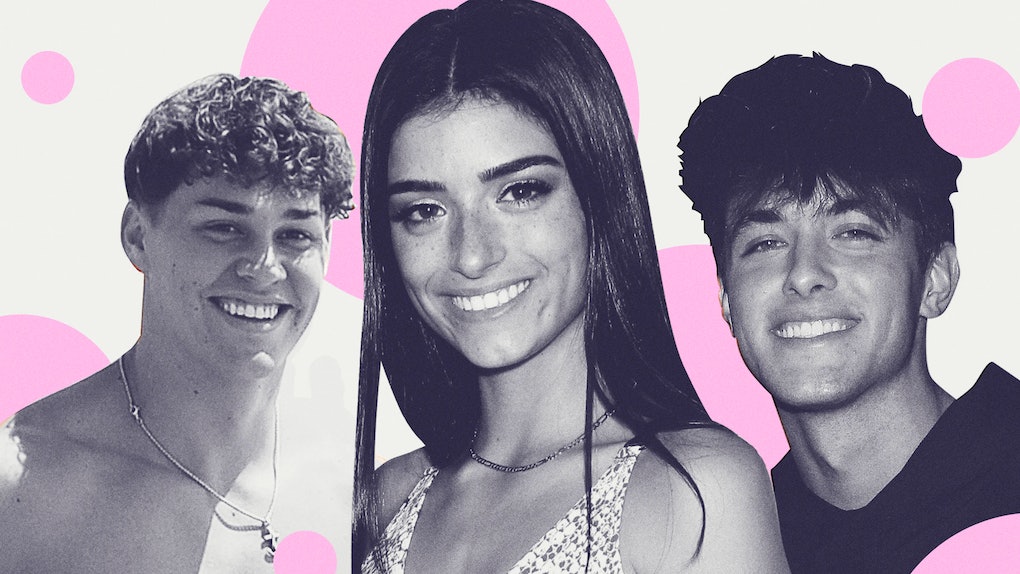 Your favorite TikTok stars' love lives just got messier. In a Nov. 18 interview on BFFs featuring Josh Richards and Dave Portnoy, Griffin Johnson implied Dixie D'Amelio cheated on him with Noah Beck. He claimed there was "a lot of weird sh*t going on between [Beck and D'Amelio] the entire time" he was dating her. Oh?

While he didn't go into specifics, Johnson claimed D'Amelio and Beck had "this best friends group" and take trips to Malibu together. "It was weird stuff — like, I thought about it, and was like, this is weird," Johnson said. "But I'm not a weird boyfriend. I'm not going to be like, 'No, you can't go.'"

Despite his accusations, Johnson said he doesn't want to cause drama. "I'm not saying this because I'm mad or I'm trying to throw them under the bus," he added. "It's been months now, this sh*t is over with, I don't care and neither do they, they moved on. But since you asked me, it was weird, dude."

On the podcast, Johnson explained he found it hurtful that Beck never acknowledged the new relationship to him.

Once Beck and D'Amelio did start seeing each other, Johnson explained he found himself hurt because Beck apparently wasn't owning up to what was going on. "I knew and I was waiting for him to say something and he never did," he said.

This situation is even messier when you consider that D'Amelio previously accused Johnson of cheating. In September, she posted a TikTok featuring screenshots of Snapchats he allegedly sent other women and even a screenshot of a text he sent her in which he appeared to apologize for being unfaithful.

During the same podcast appearance, Johnson made an attempt to clear his name by saying he only sent Snapchats to other women when he and D'Amelio were on a break. "It was like a four or five day period we had broken up and I'm not going to lie, dude, I was just kind of sad," he shared. "It wasn't me sliding in [to girls' DMs], it was me answering DMs because I knew it was girls that wanted to talk to me."

Did this clear anything up? Or just spark new questions?