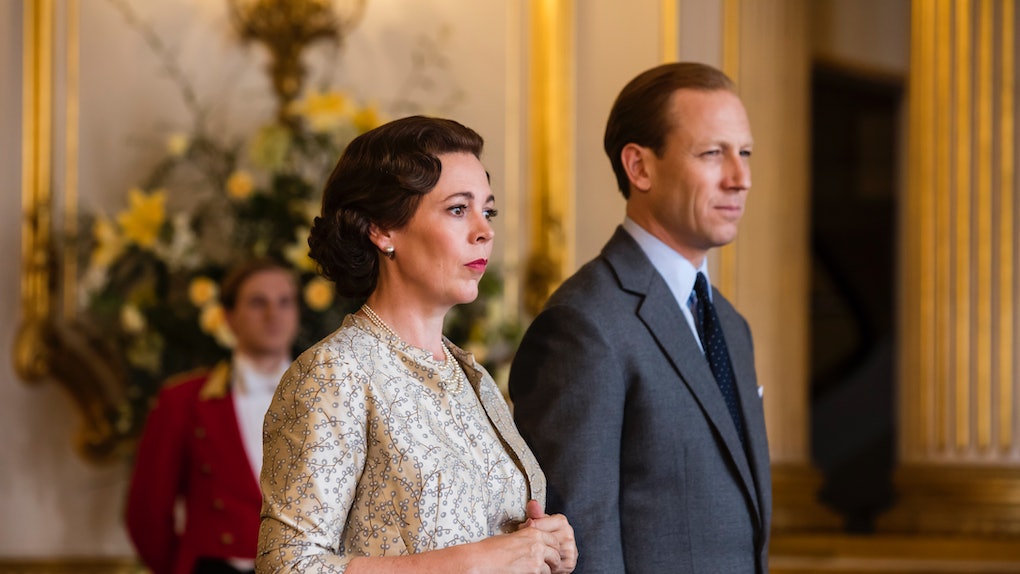 Gillian Anderson Will Play Margaret Thatcher In 'The Crown' Season 4, So Get Ready

Season 3 of The Crown has yet to drop on Netflix, but fans already have a reason to look forward to the period drama's fourth season. After much speculation, the streaming service confirmed Gillian Anderson will play Margaret Thatcher in The Crown Season 4. I'm already counting down the weeks until viewers see their first glance of this matriarch onscreen.

Netflix confirmed on Sept. 7 that the X-Files star had officially signed on to play the former British prime minister in Season 4. "I am so excited to be joining the cast and crew of The Crown and to have the opportunity to portray such a complicated and controversial woman,” Anderson said in a statement. “Thatcher was undoubtedly formidable, but I am relishing exploring beneath the surface and, dare I say, falling in love with the icon who, whether loved or despised, defined an era."

Rumors of Anderson joining the cast as Thatcher began in January 2019 when a British newspaper reported her attachment to The Crown. Netflix didn't comment on the the news, but their Crown casting choice becoming public before being official isn't unusual. Helena Bonham Carter was all but confirmed to play Princess Margaret in January 2018 when she appeared in an Instagram photo with Vanessa Kirby, who originated the role of Queen Elizabeth's sister. Netflix didn't officially announce Bonham Carter's involvement until that May, so the streaming service seems to take its time in confirming big news. Honestly, the delayed wait just makes the confirmation of Anderson even sweeter.

Thatcher became prime minister in 1979, and remained in office until 1990. She remains Britain's longest-serving prime minister, which may become a major theme of Season 4. Fans may recall that in Season 2 of The Crown, a frustrated Queen Elizabeth (Claire Foy) was displeased with a government head unable to fulfill his job. "I've been Queen barely 10 years," she said in the scene. "And in that time, I've had three prime ministers, all of them ambitious men ... not one has lasted the course. They've either been too old, too ill, or too weak."

Both Thatcher's longevity in office and the dynamic of two powerful women working together ought to change Elizabeth's cynicism in Season 4. Before that historic meeting, Season 3 will cover what's called "the Wilson era," otherwise known as prime minister Harold Wilson's first tenure from 1964 to 1970. The new season will focus on Princess Margaret's divorce from Antony Armstrong-Jones (Ben Daniels in Season 3), and will veer away from Elizabeth (Olivia Colman) and Prince Philip's (Tobias Menzies) own marital troubles while looking toward national events as the royal couple's source of tension. Now young adults on the show, Prince Charles (Josh O'Connor) and Princess Anne (Erin Doherty) will also be featured in episodes more frequently.

Anderson will make her Crown debut in Season 4, which will likely premiere in 2020, alongside another anticipated addition, Emma Corrin, who's slated to play Princess Diana. Season 4 of The Crown is currently in production, so here's hoping fans see these two newcomers at Buckingham Palace sooner rather than later.

Season 3 of The Crown premieres on Sunday, Nov. 17, on Netflix.