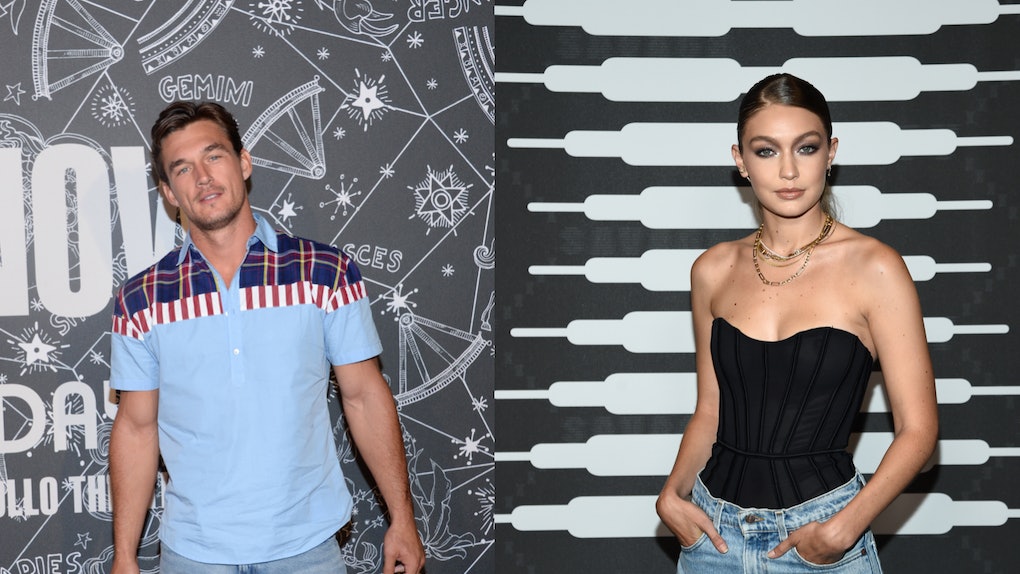 A month after they reportedly went on their first date together on Aug. 4 at Soho House in Brooklyn, Gigi Hadid's reportedly helping Tyler Cameron find an apartment in NYC. "Tyler has been looking at apartments that are in the same area as Gigi's in NYC," an insider told E! News on Sept. 12. "She suggested a few to him and he wants to be nearby. They are getting pretty serious and it's not slowing down. They text all day every day and see each other multiple times a week." (Elite Daily reached out to reps for Hadid and Cameron about the reported apartment search and did not hear back in time for publication.)

This isn't the first time we're hearing about Cameron's NYC apartment hunt. The former Bachelorette contestant took to Instagram on Aug. 14 to post a video overlooking the Big Apple along with the caption, "Apartment hunting... send recommendations." I guess crowdsourcing apartment options from his followers didn't pan out, so now he's reportedly relying on Hadid's help him find shelter.

As if helping him find a place near hers wasn't a big enough step in and of itself, Hadid also brought Cameron with her to her grandma's funeral on Sept. 5. Attending the funeral was no small feat for Cameron as it took place in the Netherlands. Yep, that's right. He traveled out of the country to be there for her during her time of need. Oh, and he also met her entire fam in the process.

Hadid more publicly mourned the loss of her grandma on Instagram by posting a picture of her to Instagram alongside this tear-jerker of a caption:

OUR QUEEN ANGEL fought cancer six times in her life with courage, strength, and grace while being the greatest mother and grandmother. She is an honorable guide we will carry with us forever. We love you more than words, our beautiful wonderful Oma.

OK, so she's reportedly helping him find a place near her place just shortly after they flew to the Netherlands together to attend her grandma's funeral with her entire family? That seems serious to me, but the two are reportedly still trying to keep things casual.

"Neither of them really anticipated that it would turn in to what it has," an insider told E! News on Sept. 12. "For Tyler, it's still pretty casual, but they are spending a lot of time together and really like each other. Gigi asked him to come to the Netherlands and he agreed. He's a very supportive person and someone that's great to have around when you're going through something. He's rock solid and very kind. They didn't put too much thought into it. They are together a lot and she didn't want to go without him."

Maybe it was just one of those casual, "Hey, you want to grab your passport and hop on a seven-hour plane ride to my grandma's funeral where you'll be meeting my entire immediate and extended family for the first time" conversations?