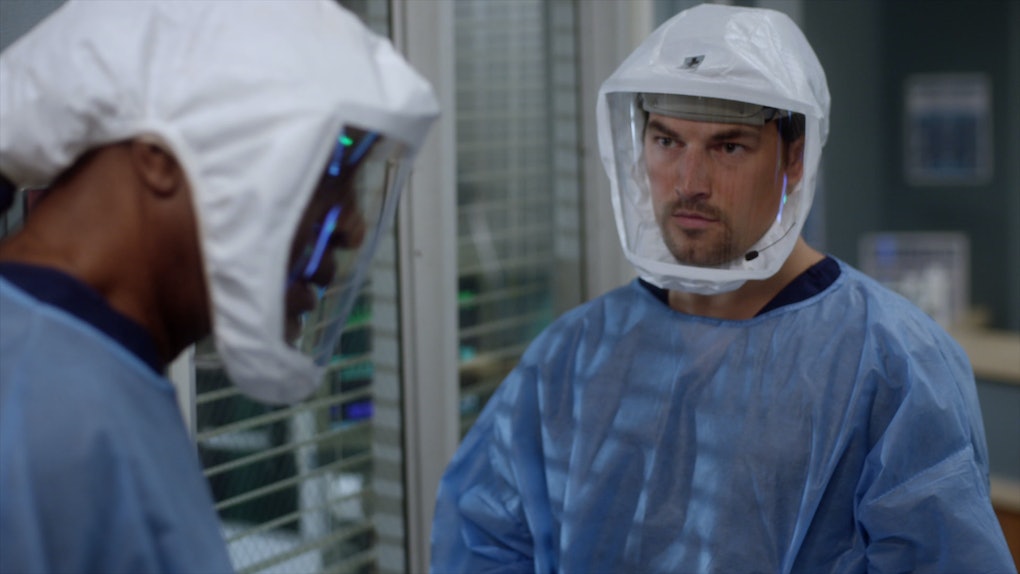 Giacomo Gianniotti's Quotes About Leaving 'Grey's Anatomy' Will Give You Closure

DeLuca had a major role to play in the latest Grey's Anatomy crossover episode with Station 19, which led directly into the Grey's spring premiere. During the ep, he and his sister Carina chased after sex trafficker Opal, who had infiltrated Grey Sloan Memorial during the fall finale. The siblings succeeded in catching her, but in the process, one of Opal's associates stabbed DeLuca. The Grey Sloan Memorial doctors ultimately weren't able to save his life, and he died.

McHottie spent his final moments hanging out with his ex-girlfriend Meredith Grey on their dream beach, leading to an emotional goodbye between the pair as Mer told him, "If I go back and you don't, I'll miss you." DeLuca was the first partner Meredith said "I love you" to after her husband Derek Shepherd died, so losing him is bound to have a big impact on her (if she survives her coronavirus case, that is).

For Gianniotti, it was fitting to end his time on the show alongside Ellen Pompeo. "It felt like it was a full-circle experience to have started as an intern on the show and largely away from Meredith Grey, and then getting to where I end on the show, and I'm about as close as I could ever be to her," he told Deadline. "Ellen and I were just sitting there for hours talking about ... The friendship that we built over time, and how she's been such an incredible mentor and friend to me over the years."

Although DeLuca's death blindsided many viewers, they can take comfort in knowing that this is Grey's Anatomy, after all, so a character being dead doesn't necessarily mean they're gone forever. "Over the course of these 17 seasons, we've had a lot of characters leave ... And we continue to see those people. We've continued to see those people in flashbacks, in dreams, in all kinds of different scenarios," Giannioti said. "Just because DeLuca has died, it doesn't mean that there's not other ways for us ... to see other manifestations of DeLuca in the future. I definitely think there's a possibility to see DeLuca in the rest of the season."

It will take time for fans to mourn the beloved doctor, but for now, they can take comfort in knowing he went out a hero.