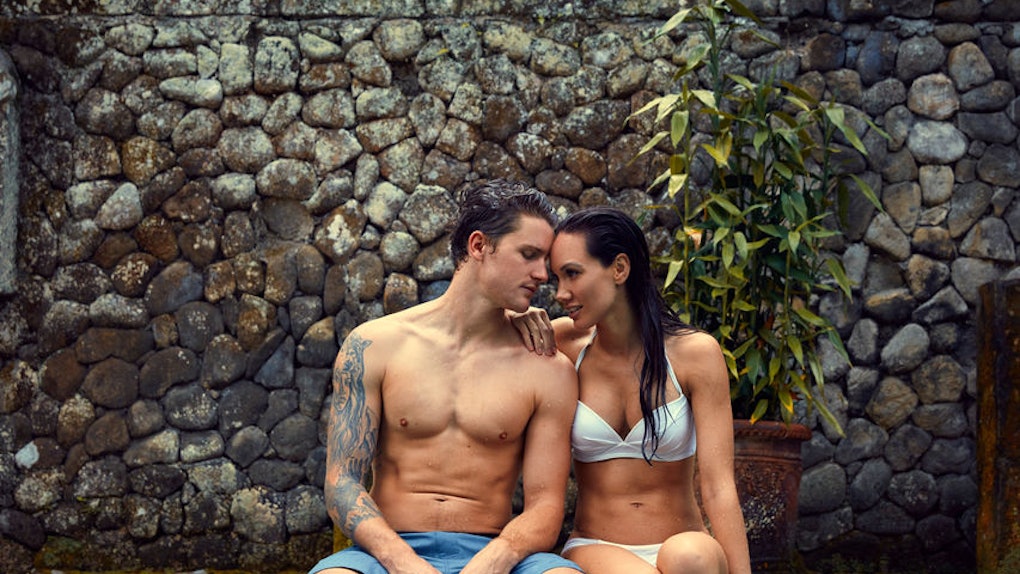 Finding Love After Giving Up On It Really Does Happen, According To These 8 Women

Being single can be weird. Some days you're determined to find love, some days you're convinced you'll never find it, and other days you have no idea what you want. Oddly enough, lots of people wind up finding love after giving up on it. And I'm not just talking about the plot of your favorite romantic comedies! I'm talking about real people living their real lives. Often times these humans wind up finding love just when they finally decide to throw in the towel and decide it's never going to happen for them.

In fact, in a recent Reddit AskWomen thread, a poster asked ladies to share times this phenomenon has actually happened to them. Specifically, the poster asked: "Women who met their SO after years of being single and almost giving up, what's your story?" And, oh baby, did these ladies deliver. Women responded with incredible, totally rom-com-worthy responses about the times they managed to find love, sometimes just a few short weeks after giving up on it altogether.

Love arrives in mysterious ways, but just remember — no matter how gloomy the circumstances may appear, always keep a glimmer of hope. There's a chance Cupid will come knocking at your door when you least expect it.

She found love on Tinder after 10 years of being single.

Suffered considerable trauma from an ex and was unsuccessful in finding a new relationship for ten years. Then I decided to give Tinder one more try and met my wonderful SO. It's almost like I needed to endure and experience life on my own to become the person I am now. Like they say you can't love another until you love yourself.

She stopped standing in her own way.

Long story but I married at 30 after a lot of superfluous relationships, when I went to therapy and realize that I was scared as hell to commitment. I denied for years any problem and always said that I just haven't found "the right one". There is no right one until you come to good terms with yourself.

She met him two weeks after deciding to be alone forever.

Honestly I didn’t value myself enough and kept settling for men who treated me like s**t and/or didn’t want commitment. I finally grew out of it, learned to love myself and that I deserved better. I figured i was better off on my own.

She didn't meet her first partner until she was 24.

I was VERY single throughout middle school, high school, college, and beyond. Didn’t have a single date until the end of college, and even then it was like 3 dates and definitely nothing physical. I genuinely believed I’d never find someone. Guys weren’t asking me out and I didn’t have enough self confidence to pursue anyone myself. I met my now boyfriend randomly right before my 24th birthday through a mutual acquaintance at a dinner. I know 24 isn’t that old in the long run, but when you go that long it really feels like forever. Anyways, we became Facebook friends, he messaged me, we started dating and everything happened so quickly. My boyfriend is rather experienced in terms of sex and dating and I was the exact opposite. It was tough to navigate and open up to him about, but now we’ve been together for almost 4 years and we’re really happy.

She met him her bae a few months after deciding the perfect person doesn't exist.

I had done a lot of personal growth, and realized that I would either commit myself to a person or to my beliefs but that there wasn’t really room for both. So I challenged the powers that be to show me that I had a partner or let me devote myself to my ‘studies’ so to speak.

I met my SO a month later, and we started dating three months after that.

Had given up a while ago after a year long relationship and then “talking for months and nothing happening “ on the dating site “Her” i decided to download tinder and met my soulmate 🥰 we lived in different city’s and her age limit was set higher than my age but we still managed to match ! A year later now and we live together and are getting married next March...sometimes the wait is worth it !!

She met her partner after a long string of hookups.

I went through a string of hookups for two years after a breakup. I didn't want a relationship and I was afraid of commitment. Then I met my SO on tinder and what can I say? I had the best first date ever with him and everything felt so effortless and natural. No games, nothing, just pure bliss. Now we're planning on moving in together in a month.

She had to kiss a few frogs before finding her prince.

I met my SO after 3 years of being single. After my previous boyfriend I was fine alone for one year, then I started to get lonely and I started looking for someone, I had many awful first dates and many disappointments that lead me to give up on dating and finding the one. Shortly after not caring about the whole thing, just living my life, minding my own business I met this wonderful man at a bar, started chatting and after only one month of dating we moved in together. He makes me a better version of myself and he claims the same!

The main takeaway here?! There's hope. Even if you think there isn't any.