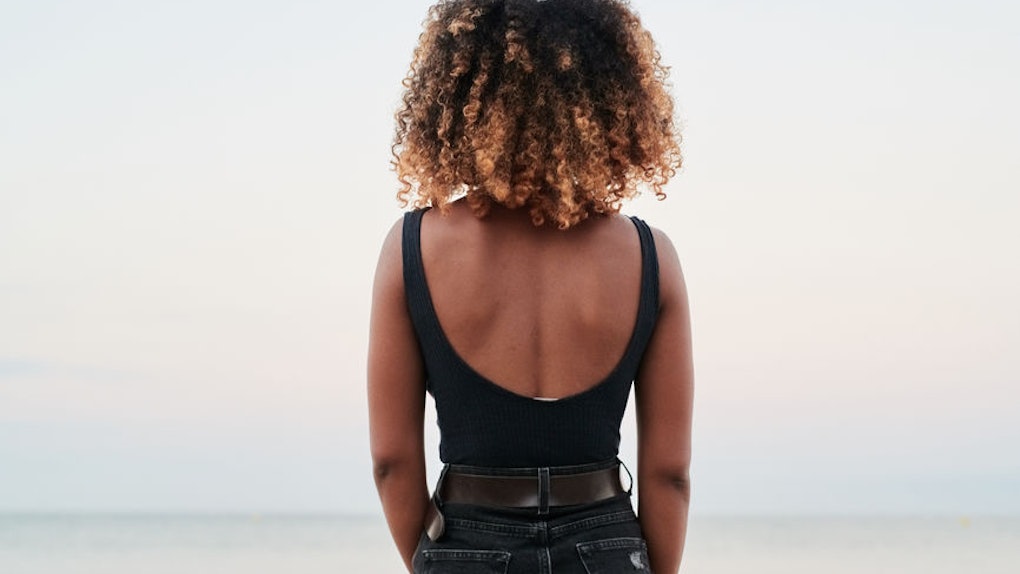 Have you ever felt alone in a crowded room? As though everyone was paired up, or grouped together in chattering clusters, while you were on the outside looking in? That’s how I personally imagine loneliness when I think about it, but of course, everybody experiences the emotion differently. The way loneliness affects your everyday life can even depend on your age; for instance, loneliness in your 20s probably won't look the same as loneliness in your 60s, and a new video from the German YouTube channel Kurzgesagt shows how more and more 20-somethings across both the UK and the U.S. are finding that out firsthand.

In case you're not familiar with the YouTube channel, "Kurzgesagt" translates to "in a nutshell" — clever, right? The channel's overall mission, according to its official website, is to relay important information on topics like science, space, technology, biology, history, and philosophy in neatly packaged, highly innovative, awesomely animated videos that are both informative, yet easy to understand.

Kurzgesagt's most recent upload navigates the topic of loneliness — what it is, where it stems from, how these deep-rooted emotions can affect your health, and what you can do to combat feelings of loneliness — and highlights the unfortunate reality that loneliness is, more or less, simply part of growing up and becoming an adult.

The video kicks off by stating that, while everyone feels lonely from time to time, loneliness has become a chronic emotional state that 46 percent of the American population experiences on a regular basis, per the results of the 2018 Cigna U.S. Loneliness Index. On the one hand, at the very least, it’s comforting to know that, if you’ve experienced loneliness in the past, or are currently trudging through these hard-hitting emotions, you’re not alone. On the other hand, it’s a little disturbing to think that, despite the fact that social media connects you to family, friends, and keeps you updated on current events 24/7, technology isn’t necessarily combating feelings of loneliness. In fact, in some ways, social media might be intensifying these feelings.

“We are living in the most connected time in human history,” the narrator of the video pointed out. Yet, they continued, “an unprecedented number of us feel isolated.” This little nugget of information isn’t exactly news, BTW: According to study published in the December 2018 issue of the Journal of Social and Clinical Psychology, researchers from the University of Pennsylvania found that, when college students spend less time on social media and more time socializing IRL, they tend to be less vulnerable to feelings of loneliness and depression. Still, per data from Statista, in 2018, 70 percent of the U.S. population had at least one social media account, while a Pew Research Center report showed that 18- to 29-year-olds in the U.S. were more likely to have a social media account than older individuals.

Based on the information packed into Kurzgesagt’s 12-minute video, it all makes sense. The clip goes on to talk about how IRL social contact with other people has basically become less of a priority over the years (again, thanks in part to social media). Once upon a time, surrounding yourself with friends and family members was a means of survival, and according to research published in the medical sciences journal PLOS Medicine, it still very much is. But the difference is, these days, the Kurzgesagt video pointed out, you’re likely to be swamped with things like work, or class assignments, so when you do finally have a second of downtime, social interaction tends to get pushed to the wayside — besides, you can always connect online, right? So, instead, you’ll likely focus on, say, a romantic relationship, or you'll lean on Netflix to keep you company while you chill with a carton of takeout in your pajamas.

Listen, I’m definitely not in a position to judge how much time you spend in front of your TV, laptop, or phone, because TBH, I probably spend just as many hours as you do marathoning Friends, watching YouTube compilations, scrolling through Twitter — the whole nine. However, Kurzgesagt's video shows that, while technology definitely has its benefits, your body is still meant to thrive on a certain level of real social interaction. So, the more you cancel plans to stay in solo, the less likely it is you’ll be invited at all. What’s more, when someone starts to feel isolated, the video explained, oftentimes they’ll purposely remove themselves from social interactions because of their built-up, negative emotions. It’s a vicious cycle – one that, fortunately, you can break.

Look, I totally understand wanting to hang out at home every once in awhile and enjoy some "me time," but it's important to acknowledge that your body truly needs social interaction to feel its best. If it feels difficult to put yourself out there, Kurzgesagt's video suggests taking small steps toward making more social connections, like asking a friend you haven't spoke to in awhile if they want to meet up for coffee, or inviting a co-worker out for drinks.

"Don't do this with any expectations," the narrator explained in the video. "The goal is just to open up a bit, to exercise your connection muscles so they can grow stronger over time — or to help others exercise them."