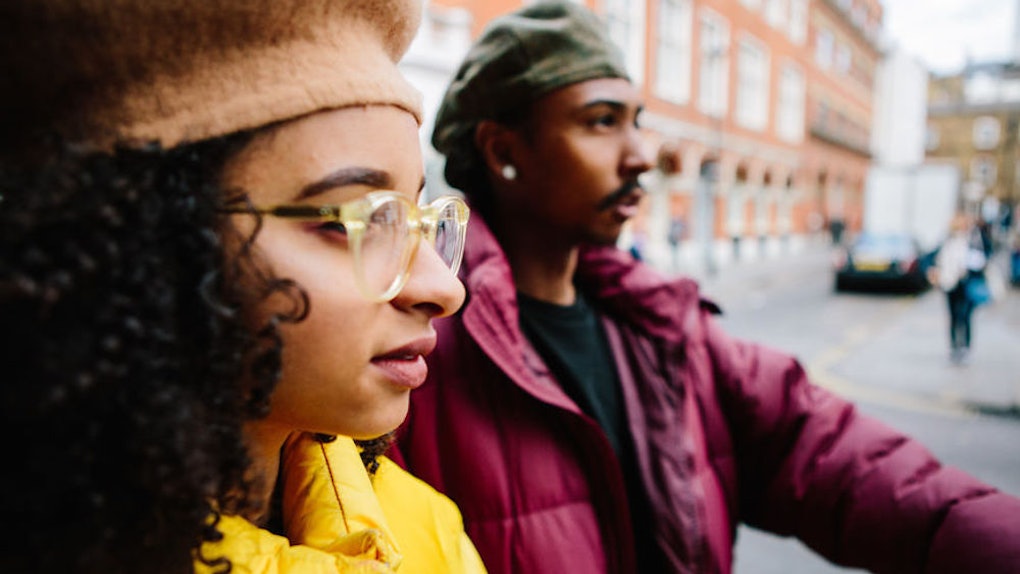 Ever Wonder What It’s Like To Be ‘The Other Person’? 9 People Who’ve Helped Cheat Tell All

Have you ever dated someone who was already in another relationship? Or fantasized about what it’s like to be the other person to someone who already had a partner? While I think we can agree that cheating is not cool (unless of course you're down with compersion or your kink is cuckolding — and no shame if it is, we're sex positive around these parts), for some there is an appeal to being someone's secret plus-one. It's taboo, it's naughty, and that risk-taking can be a huge turn on.

However, it's one thing to imagine what being a side piece is like and another to actually have had the experience. Is it really as hot as it's cracked up to be? Or is it just a recipe for future heartbreak? If you want to know what the experience is really like, short of having an affair yourself, you'll need to hear the first-hand stories of people who have gone through it before — those who have been (or are still currently) in relationships with people who are already taken. Fortunately, there is no shortage of folks who are eager to share their stories of being the "other person" on Reddit. Here's what they say it's like.

Some people are all about that side-piece lifestyle.

I was the other woman a few years back. I knew he was married, met the wife once or twice. There's no excuse I can give that would make it be allowable, so I won't try to give any.

I was in a "I don't give a sh*t about relationships in general" after a bad breakup. Me and this guy had some intense sexual tension that had been building for a very long time. Always bordering on the edge of being physical. I don't remember how it happened (again, years ago), but we had sex twice, made out a handful of other times. We did start developing feeling for each other. But I never wanted him to leave his wife, never wanted more than what we had going on.

It ended amicably between us, he found out his wife was pregnant and they were set to move soon. I don't keep in contact with either of them. To the best of my knowledge, she doesn't know about it. I should say that I feel bad, it's not something I'm proud about. But I don't really feel guilty about it.

Yes. It's not something I'm proud of and only one other person knows. I'm 21 and he's 27. We've been sleeping with each other since June. I didn't know he had a gf at first, I found out in September, but I was in too deep to care, well, I do care actually, but not enough to stop seeing him. I feel awful about it, every time I see him I know she's at home, under the impression that her bf is working and not a cheater. I've seen her pics on Facebook and I feel my stomach and heart sink, It's obvious how much she loves him. I'm being very selfish, I know that. I have very strong feelings for him, but I know he doesn't feel the same, I know he's using me to a certain extent. I wish he loved me and I wish he wasn't a dishonest cheater. But I still see him, idk how to stop. He makes me feel good when I'm with him, but when I leave I feel like crap. Wow it felt good to write that out...

I'm currently the other woman in a relationship. He's married with kids. He's someone I knew through work functions but we don't work together. We would see each other a few times a year and there was a obvious spark between us, but we never so much as flirted. After two years, we became closer friends. After another year, we hooked up. That was last fall and we see each other once a month now. He has a few things he keeps at my apartment.

I know it's wrong, he knows it's wrong, but it's like we're addicted. I don't think he'll ever leave his wife, and I don't know that I ever want to get married anyway. No one knows except the two of us.

Others regret ever being the “other person.”

She was bi, I am a lesbian, her boyfriend was straight. I knew she had a boyfriend, and I knew she was a flirt. Then I found out that they had an open relationship whilst she was a student. Then she kissed me. Then we dated and it was nice - and then she ended it super abruptly. My theory is that her boyfriend called time on it because he was suspicious: she hadn't dated anyone for more than 2 dates before me in the whole time she'd been with him, and we were together about 5 months.

I will never do it again. Being the 2nd partner to your only partner is soul destroying - or at least it was for me. In hindsight, it probably just wasn't a good starting relationship to go for.

It sucks. His gf was overseas, it was just about sex, but it sucks to hear him say I love you to her then hang up and roll over and start f***ing you. Eventually he stopped kissing me during sex. Even though I didn't have feelings towards him, it still makes you feel like sh**.

At the time: I was 25 he was 31. We met at work, he was (and still is) married for 7 years, 2 kids. He was very open about his affairs at work, and I was under the impression his wife was okay with him stepping out as long as he was discreet. He is not the type I'd date, ever, but I think the allure of forbidden, especially after I had gotten out (for the 3rd time) of a relationship that was with an individual who was controlling and very against adultery, was intoxicating.

We had about a dozen rendezvous and I was conflicted and on edge the entire time. Even while thinking his wife was okay with it. I called it off. I could not deal. I found outa month later his wife had no idea. I still remember his justification as if he were standing in front of me now: "Cheat on her and keep'er, or leave'er. And I don't want to pay the [expletive] a dime."

Some just chalk it up to a life experience.

Off an on for about 7 years. We met the summer before I started college. I was 18, he was 26. We broke up off and on until this year. I am almost 24 now, he just got married, hates his wife. Likes to call and message me for validation.

The calls and messages made me feel good for a while. Payback for the torture that he put me through for years. He got an employee pregnant when I was out of the country.. . Anyways, it took him showing up at my house (post wedding) begging to have sex for me to realize I was disgusted with him and myself. Everything ended, he is working on things with his wife, and they are very happy. :)

Yes I have. I knew it too. He was in a miserable relationship with a girl he didn't care for so I think he was just looking for an escape. They've since broken up for different reasons. Me? I guess I was also looking for an escape of a different kind. It wasn't a great part of my life and I wanted to escape from my own head. I knew exactly what I was doing and I didn't care, so long as I had someone who cared for me at least a little, made me feel like I mattered. It was all I wanted. I don't regret it but I wouldn't do it again. I still talk to him once in a while.

Yes. I had an SO, so did he. And I was good friends with his lady. I think it happened because we were both miserable in our current relationships and were looking for escape routes. I'm not trying to justify it and I know it was wrong - I feel like I paid my karma dues for it big time.Would I go back in time and change it? No, because even though it was awful and a terrible thing to do, it made me who I am today, etc. etc.

Post-affair: my SO and I broke up, he and his lady had a baby together. I'm not sure if that's a happy ending or not.