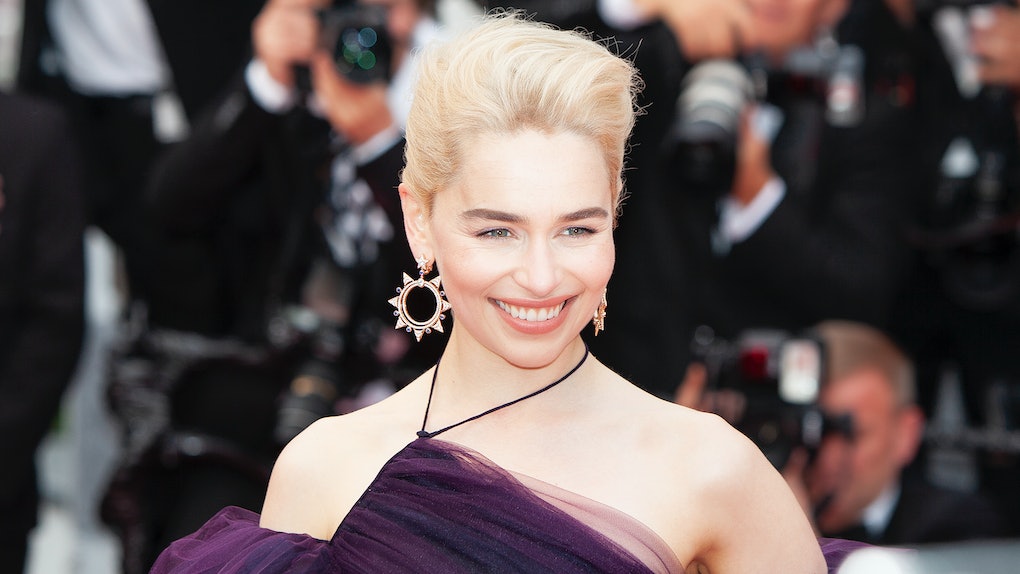 Since the end of Game of Thrones, fans have been waiting to see what Emilia Clarke would do next. She tried her hand at action blockbusters; she hit the romcom wave. But then there's her latest project that no one would expect: comics. Emilia Clarke is releasing a comic book called Mother Of Madness, a three-part miniseries she created with comic book writer Marguerite Bennett.

Fully titled M.O.M.: Mother of Madness, the comic stars Maya, a single mom who discovers she has superpowers and winds up using them to take on organized crime and human trafficking. But this isn't a dark and gritty comic. It's fun and silly, and "a bit Deadpool," Clarke told Entertainment Weekly.

In Clarke's view, it was a logical story to tell. "We're always calling mothers superheroes, and I'm like, what if they were? What if they legitimately were superheroes?" Clarke explained to EW. "Maya has had a very hard life, and she finds herself in a place where everything that makes her unique, she hates and is ashamed about. It's only in the discovery of her powers that she finds her true acceptance of who she is."

Check out the fantastically trippy cover of the first issue:

Clarke announced the comic's debut via Instagram and premiered the cover for fans, saying it was a project which has "taken up her heart and soul" for the past two years.

Clarke also told EW she was partly inspired to create this comic because, growing up, she felt shut out of the genre as a fan. "My brother was a comic nerd and I wasn't allowed in the shops ... with him because I was the loser little sister." she said. "There weren't a lot of women on the covers, and there weren't a lot of women in the shops. So I didn't feel safe to explore it at that age."

But M.O.M. isn't just a comic that stars a superhero mother. It's a project that Clarke staffed with an all-women team. Besides herself and Bennett doing the writing, she brought aboard Leila Leiz as the illustrator, contributor Isobel Richardson, and Jo Ratcliffe to do the cover art. It's being released by Image Comics.