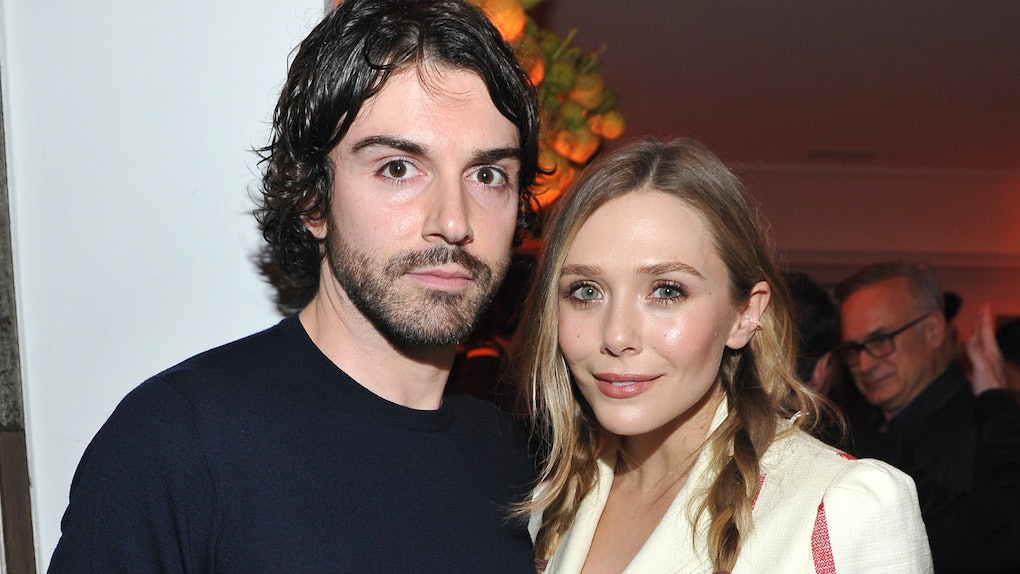 Elizabeth Olsen may not be an Olsen twin, but she definitely shares her older sisters' penchant for keeping her love life under wraps. The WandaVision star has been dating the same musician for over four years now, and though she'll occasionally talk about her boo during interviews, Elizabeth Olsen and Robbie Arnett's relationship history is largely a mystery. And though Olsen used to give fans little glimpses into her relationship through social media, the actor decided to delete her IG in September 2020 and has no plans to reactivate her account.

As she said of Instagram during a February 2021 interview with Grazia, "I didn't find it very organic to who I am as a person. I found some joy in putting up silly videos, but I think the main reason I stopped — not I think, I know the main reason why I stopped — was because of the organization in my brain." That totally makes sense... but what doesn't make sense is the fact that Grazia casually referred to Arnett as Olsen's "husband," though she has yet to confirm whether they're even engaged. What's the deal, Lizzie?

Though their relationship status is unclear at the moment, here's what I do know about Olsen and Arnett's quiet romance.

They Reportedly Met In February 2017

Olsen reportedly met Arnett — who's one-fourth of the indie-pop band Milo Greene — while they were both vacationing in Mexico in February 2017, according to a source for E! News. By March, the two were reportedly spotted looking cozy in New York City, sparking dating rumors. "They are in an exclusive relationship and Lizzie is excited about him. She deserves it," a source for E! News reportedly claimed at the time. "It's very new though, but they seem to like each other a lot already."

They Went Public In September 2017

After several reported sightings, Olsen finally confirmed her relationship with Arnett during an August 2017 appearance on Sway in the Morning. When asked about her fave music, the actor said, "My boyfriend's in a band called Milo Greene," adding, "I really like 'em, and I like him."

A month later, after they'd been dating for just about six months, Olsen and Arnett made their big debut as a couple at the Gersh Agency pre-Emmy party in September 2017. A source for the Daily Mail reportedly claimed the two looked very much "in love" at the event.

They Moved In Together In Early 2018

During a May 2018 appearance on The Late Late Show, Olsen told host James Corden that she and Arnett had moved in together earlier in the year. "We live together," she said. "It already happened." When actor David Tennant (who also made an appearance on the episode) joked there was "no going back" now that they'd moved in together, Olsen replied, "That's my plan."

They Reportedly Got Engaged In July 2019

After just about two-and-a-half years of quietly dating, multiple sources reported Arnett and Olsen's engagement in July 2019. Though the couple has yet to actually confirm the engagement themselves, Olsen is rarely seen without her cushion-cut emerald ring, which is surrounded by a halo of diamonds and set on a thin band.

They Temporarily Moved To England In Late 2020

While on a press tour for WandaVision, Olsen paid a visit to Jimmy Kimmel Live in January 2021, where she revealed that she and Arnett moved to England in late 2020 amid the ongoing coronavirus pandemic. She even mentioned her low-key New Year's Eve with Arnett, who she coyly referred to as her "man."

Olsen also spoke about living in the U.K. with Arnett during a January 2021 episode of the podcast Table Manners with Jessie Ware, where she said she and her "man partner" were "living out this British dream" together. She even hinted at the possibility of her and Arnett permanently moving to England. Cute!

He may not be Vision, but Olsen seems to have found the perfect "man partner" in Arnett.