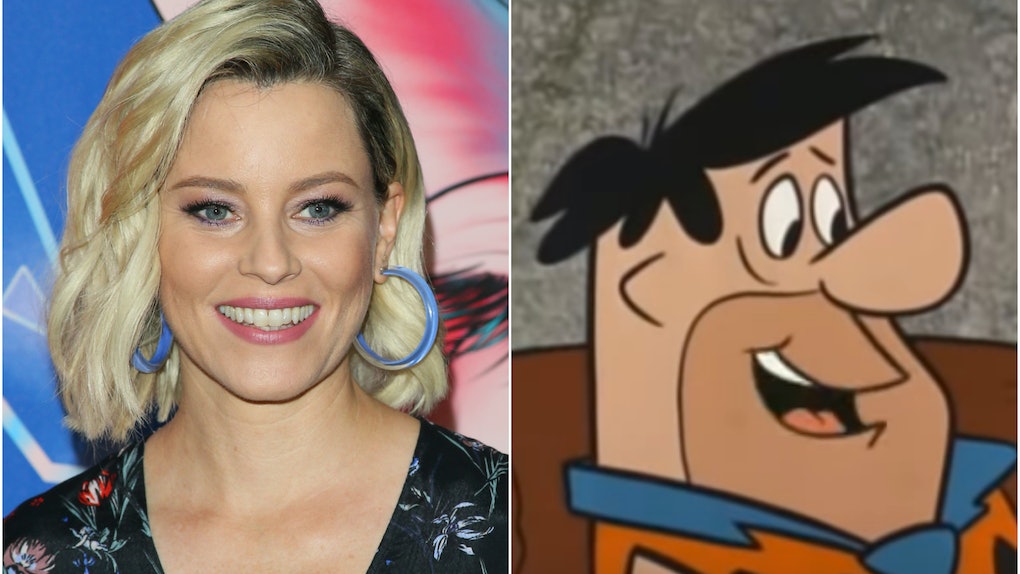 Elizabeth Banks Is Rebooting ‘The Flintstones,’ Because We Deserve To Yabba Dabba Doo

Some TV shows are truly timeless, and while you may have outgrown Saturday morning cartoons a long time ago, several of those series have remained favorites for viewers of all ages. The prehistoric family of The Flintstones is among those cartoon classics, and a new approach to Fred, Wilma, and the Rubbles will likely emphasize why fans love to "yabba dabba doo" so much. Elizabeth Banks is rebooting The Flintstones, but hold tight before you get excited about seeing your favorite characters again. The reboot's concept is set to have a slightly edgier take on the folks from the town of Bedrock.

The Flintstones, which premiered in 1960 on ABC, included six seasons of Fred Flintstone's Stone Age adventures with wife Wilma, best friend Barney Rubble, Barney's wife Betty, and their children. The characters humored viewers with their ancient takes on modern life, and was often compared to its sister show, The Jetsons, which was set in the future. After the original series wrapped in 1966, several spinoff series and movies followed. In 1994, John Goodman, Rick Moranis, and Rosie O'Donnell starred in a live-action movie adaptation that made waves for its slightly adult comedy. It appears Banks' newest project is taking a similar path.

As reported by Variety, Warner Bros. Animation and Banks' production company will partner for the new Flintstones series. Variety noted that the series would revolve around an original idea starring the Flintstones characters, but even more interesting is the team's intention to bill the series as "a primetime animated adult comedy." Does this mean that The Flintstones Meet the Simpsons is all but inevitable?

This actually isn't the first time someone has attempted to reboot The Flintstones in recent memory. Bringing back old shows is common now, but in 2011, Seth MacFarlane unsuccessfully tried to launch a Flintstones remake for FOX. He was a little premature on the TV reboot front, but sources claimed that the idea also never took off because network executives didn't love his script.

TV is a tricky field, so there is always a possibility Banks' work with The Flintstones may face a similar fate, but she and her company Brownstone Productions have recently overseen a slew of successful titles. In addition to producing the first two Pitch Perfect films, Banks served as an executive producer for Hulu comedy Shrill and the upcoming film adaptation of Charlie's Angels. Given this recent track record, The Flintstones just may turn into Banks' next success.

The potential series isn't attached to a network yet, so fans will have to wait for clearer news about whether the new Flintstones will even hit the small screen. But for now, they can buy original episodes of The Flintstones on Amazon Prime, which also offers viewing of the series through a seven-day, free trial subscription to its Boomerang channel. Cartoon lovers can also find Flintstones clips and full specials on YouTube, so throw yourself a mini-marathon to celebrate the chance of seeing a new kind of Flintstones soon.

More like this
The 'Cruel Summer' Season 1, Episode 5 Promo May Hint At That Mirror Theory
By Rachel Varina
'How I Met Your Father': Hulu Release Date, Cast, Trailer, Plot, & More Info
By Rachel Varina
'Grey's Anatomy' Quotes That Will Heal Your Broken Heart
By Alexis DeCarvalho and Lexi Williams
Stay up to date