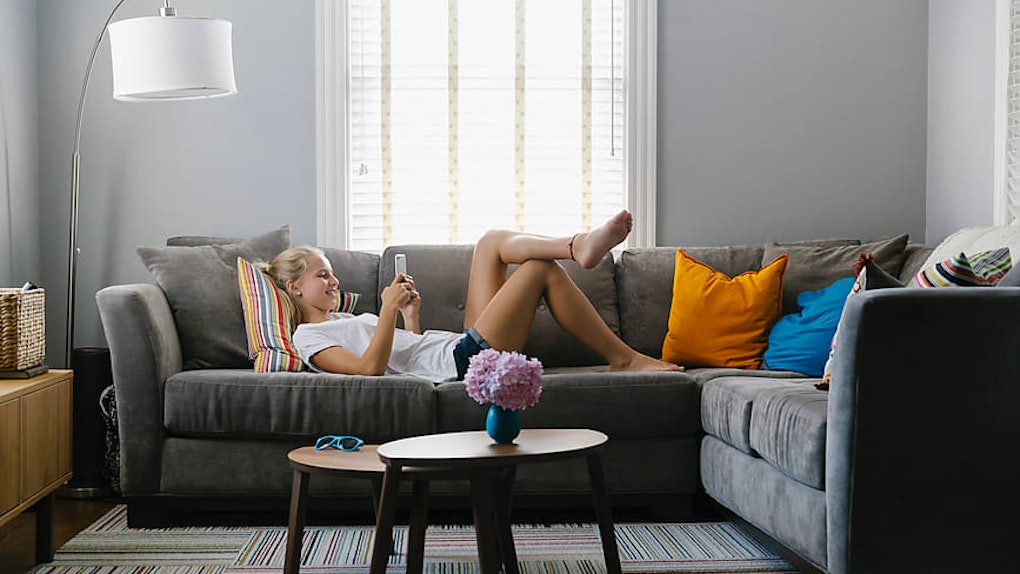 Download This Dating App If You're Looking For A Serious Relationship

There is no wrong way to date in today's world. Whether you're looking for something serious or just a fling, you can go about it however you want. But, there's no denying the fact that dating apps have certainly changed the landscape of the dating scene in the last few years. While many people are skeptical of them, the many success stories from dating apps are evidence that they work. The only problem is knowing which one to use. There are several popular dating apps, but Hinge is probably your best bet when you're looking for a dating app if you’re looking for a relationship. In fact, Hinge literally calls itself, "the only dating app that's designed to be deleted," because the goal is for users to find lasting relationships and no longer need the app.

If you want to truly connect with someone on a dating app, it appears that Hinge is the way to go. Aside from the fact that Hinge is "the #1 mobile-first dating app mentioned in the New York Times wedding section," Jean-Marie McGrath, Director of Communications at Hinge, tells Elite Daily, the app is also growing fast. In fact, the amount of people on the app has grown approximately 400 percent in just one year, according to Hinge.

Additionally, the app also has two features — "Most Compatible" and "We Met" — which both work to ensure that users match with people they actually want to meet up with, and that when they do, they can report back. The issue of "too many options, with too few results," is what the "Most Compatible" feature seeks to solve. Using a "combination of machine learning and the Nobel-prize winning Gale-Shapley algorithm, Most Compatible pairs members with the person they’re most likely to have a great first date with," McGrath says.

The "We Met" feature is also pretty innovative, in that it lets users actually tell Hinge how their date went with someone they met on the app. So if you met someone on Hinge, went out with them and had a great time, you can let the app know. Then, they're able to see who else might be a good match for you if this person didn't work out.

Meeting someone special these days can be hard, but everything Hinge does is to help with that issue. You are obviously completely free to do whatever you want when it comes to dating, but if you really are looking for a serious relationship, then Hinge might be your best bet.

Perhaps the only statistic you need is this: 3 in 4 dates on Hinge lead to second dates. Isn't that what it's all about? Going on a first date is a big deal, true, but wanting to see that person again is where the magic truly is. If you think you can see a future with that person, and you want to see them again, then that's a good thing! And that's what Hinge is all about: second, third, fourth, and fifth dates.