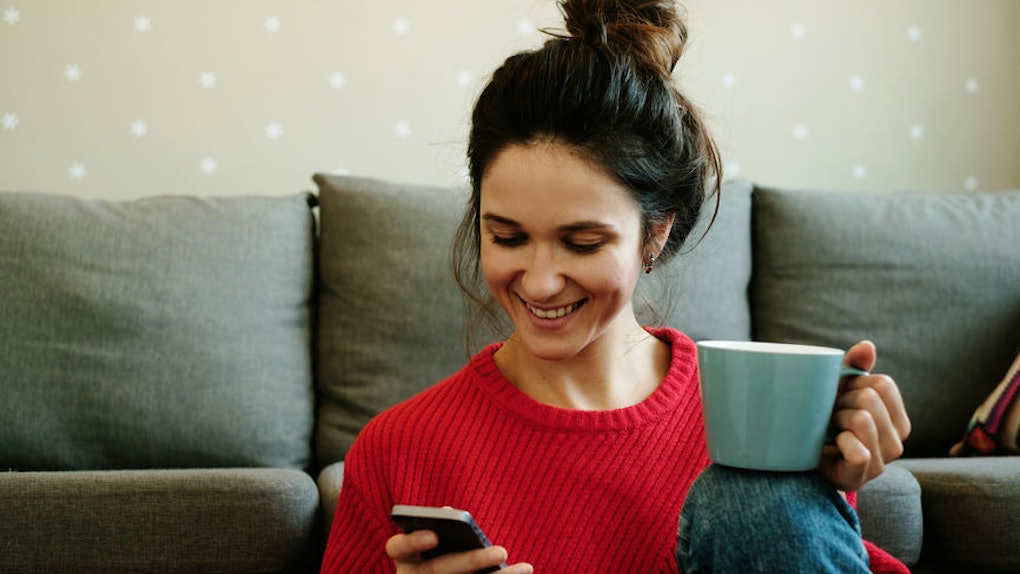 I don't really use dating apps anymore because I'm in a relationship, but back when I did, I always wondered what I would do if I wanted to join one but I didn't have a Facebook. Are people just totally denied one of the most popular and easily accessible ways to make a romantic connection because they don't feel like having a profile on my Great-Aunt Beth's favorite social media platform? Well, that used to be the case, but now, one dating app is making a change. For those of you wondering if you can use Hinge without a Facebook account, the answer is now officially YES.

If you know anything about Hinge, you know that it was originally created as a dating app that helps you avoid randos by only showing you people you have mutual friends with on Facebook. But now, Hinge is moving past that.

"While friends of friends still plays a role, we expect it to play a smaller and smaller one over time," a Hinge rep tells Elite Daily in an email. "As it is, our machine learning algorithm has been able to surpass friends of friends as a predictor of compatibility, largely thanks to our deep profiles, which encourage more selective engagement among members."

In fact, their rep explains that their current “machine learning algorithm is now an even better predictor of compatibility than friends of friends.”

If you like having your profile connected to Facebook, don't fret! TechCrunch reports syncing your Facebook with Hinge is still an option. The only difference is that now you also have the option not to use Facebook.

Hinge is rolling out this new alternative as a response to input from users. "Member feedback is incredibly important to us, particularly when it comes to safety and privacy. After hearing requests for a non-Facebook login, it was a top priority to develop an alternative method that accounts for the wants and needs of all existing and new members," says Hinge's rep. "As people move away from Facebook and onto other platforms, we’re modernizing Hinge to accommodate their changing preferences."

Now that all of your matches on Hinge aren't going to be based on your mutual Facebook friends, what's their thing? What makes Hinge unlike any other app out there?

"Friends of friends is a symbol of what Hinge truly stands for: humanizing modern dating and fighting against the culture of shallow swiping. That will never change," explains a rep for the company. "Our algorithm is now able to suggest better, more compatible, matches than ever before, allowing us to facilitate even more meaningful connections, great IRL dates and long-lasting relationships."

I'm in a relationship, but if I were to be single again, I think an app that allows me to have "more meaningful connections, great IRL dates, and long-lasting relationships" sounds pretty sweet.

If you want to disconnect your Hinge from your Facebook now and you have an Android, you're in luck, TechCrunch reports. If you, like me, are a lowly peasant iOS user, don't worry too much. You'll be able to get the update on Jun. 12!