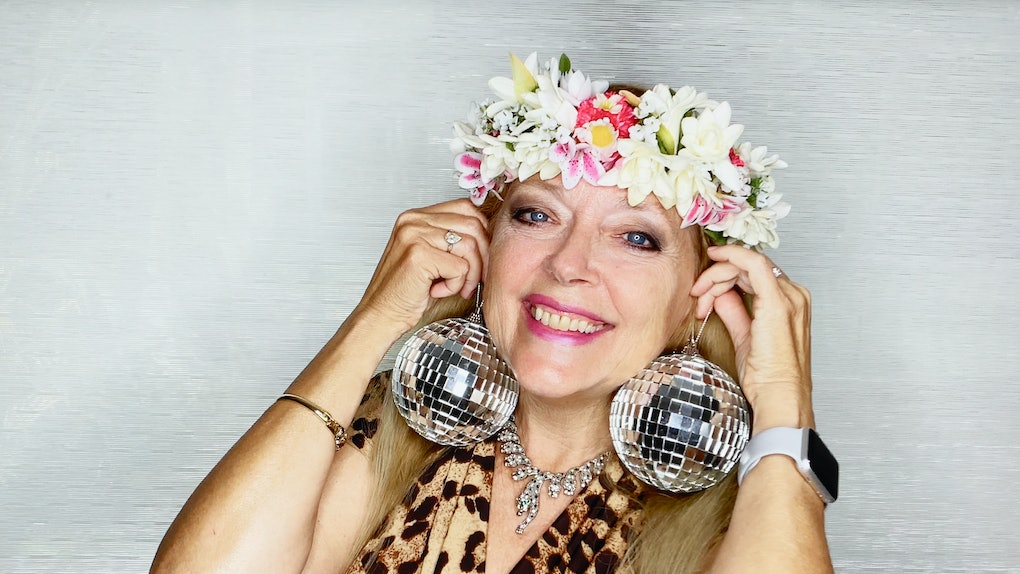 Carole Baskin came roaring into the Dancing With The Stars ballroom during the season premiere on Monday, Sept. 14. The Tiger King star paid homage to her origins in a big way by wearing one of her signature animal-print dresses and dancing to the song "Eye of the Tiger." But, Baskin's performance wasn't the only nod to Tiger King during the show. Don Lewis' family ran an ad during Carole Baskin's DWTS debut, and it brought a somber tone to the night.

In the docuseries Tiger King, audiences met Baskin, who runs Big Cat Rescue, a sanctuary for exotic cats in Hillsborough County, Florida. Her story took a dark turn in the third episode of the show, when the series dug into the disappearance and presumed death of her second husband, Lewis, in 1997. Some people, including Tiger King star Joe Exotic, allege that Baskin was involved with Lewis' disappearance. Baskin has denied these allegations, but the new ad from Lewis' family implies the family isn't totally convinced of her innocence.

In the commercial, Lewis’ daughters — Gale, Lynda, and Donna — and his former assistant Anne McQueen ask for answers regarding what happened to Don. They also offer a $100,000 reward to anyone who has information about his 1997 disappearance. You can check out the spot below:

During the commercial, the Lewis family's attorney, John M. Phillips, points viewers to a tip line, saying, "His family deserves answers. They deserve justice. Do you know who did this, or if Carole Baskin was involved?”

No one has been arrested or charged in connection to Lewis' disappearance, but the case was reopened in Florida following the surge of interest that Tiger King garnered.

In addition to denying any involvement in the disappearance of Lewis, who was declared dead in 2002, Baskin has asserted Tiger King did not portray her accurately. According to Baskin, her only focus is on rescuing big cats from mistreatment. She told People in a Sept. 9 interview:

I am not at all the person I was portrayed in Tiger King. I am not the money-grubbing, gold-digging, murderous person that they portrayed. I am the type of person who will come after any person who is abusing animals. I am relentless. I just won’t stop until I find some legal way to make it stop. From that perspective, I think they got me right. Me as a person, that was a total assassination of my character for nothing other than whatever money they could get for selling that to Netflix.

As Lewis' family continues its investigation into Lewis' disappearance, only time — and some calls to their tip line — may tell what really happened to him.