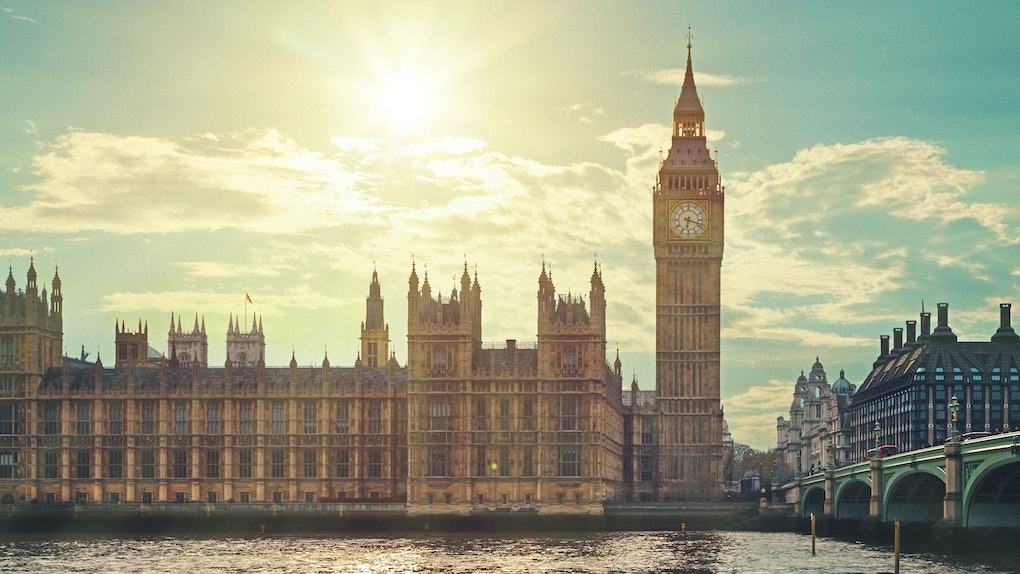 If you've got the travel bug now that winter is here, it's time to plan a getaway to get pumped about. With Dollar Flight Club's Nov. 26 deals to London, you can welcome the new year with a trip across the globe. Pack your bags and get ready for an international vacay, because London is calling.

Dollar Flight Club's most recent email highlights some massively discounted round-trip flights to London, England. If you book your flights ASAP, you could save over 60% off the pricey standard fare, which typically racks up to $800. Seriously, you could snag round-trip tickets across the pond for as low as $306, saving you plenty of cash — so you can vacation like a royal. It's important to note that all flight prices are accurate as of publication and likely to go up within the next 24 hours, so make sure to book you tickets as soon as possible so you don't miss out on the cheap fare.

To get the deal, you'll need to travel sometime during the periods from December 2019 to June 2020, and from August to October 2020, since those are the travel periods currently seeing the lowest plane fares. The best deal available is from New York to London for a $320 round trip in early March. You can save over 60% on standard fares with this round-trip flight from Boston to London for $305 in late March. If you're departing from Chicago, you could score a round-trip ticket for $405 in early April. Miami has round-trip offerings from $371 in late April. Flights from Toronto are going for $405 in early March. Travelers heading out of Philadelphia can get $385 round-trip tickets for mid-February.

On the West Coast, you can head to London from LA for $375 in mid-March. Further north, travel from San Francisco for $384 in mid-September.

London is the perfect destination for your next getaway. You can see the famous royal sights, like Westminster Abbey, where Prince William and Duchess of Cambridge, Catherine Middleton, got married in 2011, or the Queen's residence at Buckingham Palace. A little further outside the city, you can trek to Windsor Castle, where Prince Harry and Duchess of Sussex, Meghan Markle, wed in 2018. For a more casual day, you can stroll down the streets and see iconic sights like Big Ben and the London Eye as well as appreciate world class art at the numerous museums throughout the city. London also has plenty of culinary spots to delight in, and with the savings you'll have from your discounted flight, you can splurge on the good bottle of wine.

Check your calendar and text your fave travel pal, because these low fares to London won't last forever.