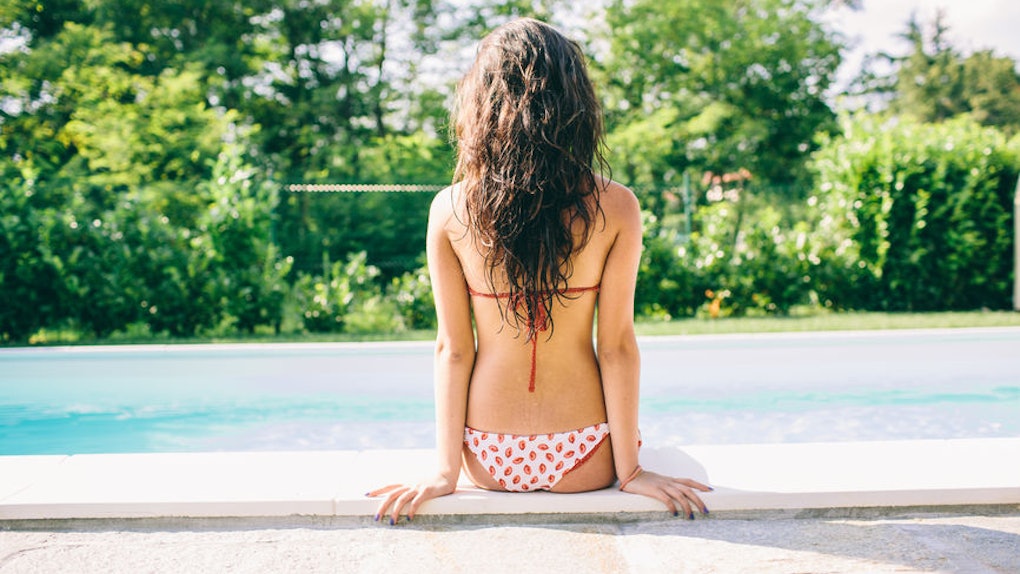 Does Your Period Change In The Summer? Your PMS Might Love Sunshine Just As Much As You Do

I know I should be thrilled that summer’s here and all — especially considering it pretty much felt like winter was never going to end — but TBH guys, I’m actually dreading yet another change in season. Don’t get me wrong: I’m enjoying the sunshine and the ability to go for a sunset walk at 8 p.m. every night, but just like how the shows you watch change every season, your period changes in the summer, too, and I felt like I was just getting used to wintertime PMS. In order to prepare myself, I reached out to a few experts to see how your period changes in warmer temps, and even though I was definitely preparing myself for the worst, I actually received the best news ever.

I don’t know about you, but between PMS and the days I actually bleed, my period can be a real nightmare sometimes. And, for the record, I like to think I know my body pretty well: I'm able to pick up on clues that certain foods are causing my cramps to flare up, and I'm even able to predict the start of my period pretty accurately, despite no longer being on birth control. Call it women’s intuition, but I’m sure you know a thing or two about how your individual body operates, too. However, did you also know the weather affects your period and how your body responds to it?

Basically, whatever it feels like outside is going to affect, to some degree, what's going on inside your body, especially when it comes to your period symptoms.

Now, back in December 2017, I reached out to Bootsy ChuChu founder Siena Dixon and asked her how your period changes in the winter. I was feeling really sluggish at the time, and I could feel myself becoming so irritated every time my period came back around, so I was curious to know whether or not this was just something my individual cycle was going through, or if Mother Nature had a hand in this sudden onset of intense PMS. Well, it turns out, your period is pretty much a mirror reflection of whatever’s going on outside your body, specifically temperature and daylight.

See, during the winter, you’re exposed to less sunlight, which means your body isn’t producing as much vitamin D and dopamine as usual, both of which boost your mood and your body’s ability to fight off inflammation. On top of that, sunshine “helps the body increase its secretion of ‘follicle stimulating hormone’ (FHS), a hormone that helps to regulate the reproductive processes of the body," Dixon tells Elite Daily. "As a result, in winter, you may ovulate less frequently, and experience a longer menstrual cycle compared to summer."

And during the summer, temperatures are high, the sun is shining stronger for longer during the day, and when the weather is on-point, you’re likely to spend a good chunk of time outside the house, rather than laze around watching Netflix all season. The sun exposure is really the key factor here, because sunshine helps the body release that FHS hormone, which means less ovulation, shorter periods, and less severe PMS. Can I get an amen?

But let's say you can't beat the heat, and for some reason, your PMS still sucks during the summer. Rest assured, there are seasonal ways to cope.

As Dixon says, spending more time in the sun can help reduce the painful symptoms of PMS, but still, it's important to remember that too much of anything is never a good thing — meaning too much sunshine and heat might have you beat. “Extreme heat or cold affects our cycles because of the physical and emotional stress that comes with these extreme environments,” Dixon tells Elite Daily, adding that stress is, after all, “the underlying factor causing many menstrual issues."

So the bad news is, when temperatures start to reach the high 80s or crawl into the 100s, you might feel more discomfort during your cycle than you’d like. But the good news is, there are plenty of ways to muddle through menstruation mostly unscathed. For starters, you can put away your heating pad for now; extra warmth is not welcome from June through the end of September. Instead, Dixon suggest brewing some cold herbal tea — like chamomile and ginger, chaste tree berry, and cramp bark — to help balance your hormones, reduce inflammation, and ease cramps.

For Devon Loftus, founder of Moon Cycle Bakery, a dessert subscription service that specializes in hormone-supporting treats, her first line of defense against irritable PMS symptoms involves taking a leisurely dip in the pool or getting a little more active by swimming laps: "I've always found that moving my body helps when I'm feeling crampy," Loftus tells Elite Daily, "and there's something about being in water that allows my body to feel weightless — an attribute I appreciate when I'm feeling sluggish and bloated."

Let's face it, ladies: PMS can suck no matter what season it is, but at least you know summertime is probably on your side here. I suggest you take full advantage of the sunshine while it lasts — if not for your period, for the fun of it.