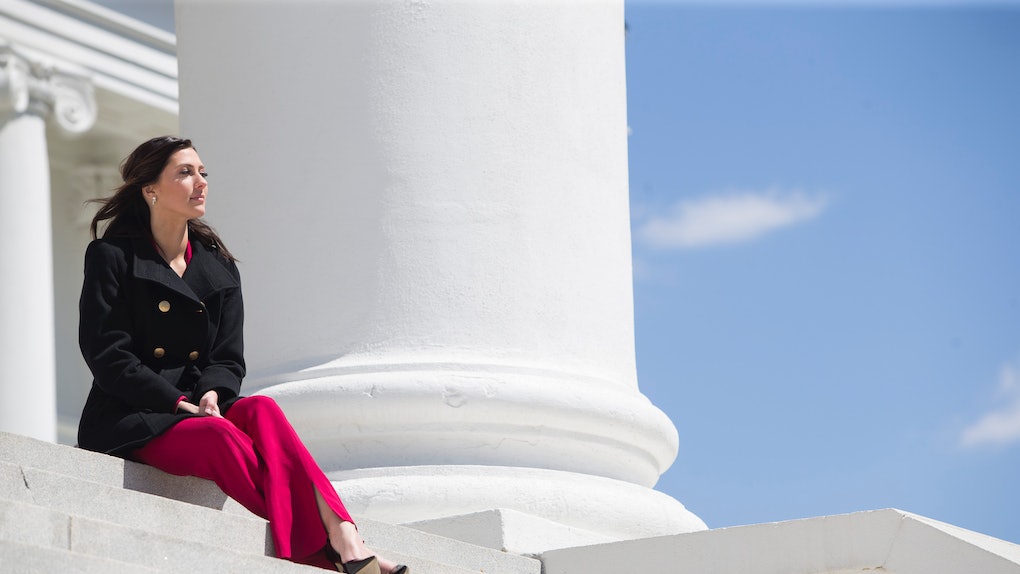 Does 'The Bachelorette' Show Get Paid To Film? Virginia Reportedly Shelled Out A Lot

Admit it — the American travel on The Bachelorette and Bachelor can be a little lame. Every week before the contestants finally whip out their passports for an international location, watching their reactions to the reveal of a new, slightly dull destination gets more hilarious each season. Although it wasn't as random and boring as Arie Luyendyk's women visiting Fort Lauderdale last season, Becca Kufrin taking her men to Richmond, Virginia, was definitely unexpected and anti-climatic. However, the state for lovers apparently shelled out a lot of cash for the show to film there. It may sound like a silly question given the show's popularity, but does The Bachelorette show get paid to film?

During her week in Richmond, Becca took the men on the group date to the Virginia Capitol building, where they held a "Beccalection." She later essentially had her one-on-one dates in a graveyard and *literally* in the water. Those outings may not have cost that much for ABC to book (isn't that the point of traveling to American cities first?), but according to the Richmond Times-Dispatch, Virginia Tourism officials paid a grand total of $536,130.38 for the show to film in Richmond.

Thanks to the local paper requesting the amount through the Freedom of Information Act, we know that the tourism board first made a "financial contribution" of $300,000 to The Bachelorette to film in Virginia. The remaining cost covered things like room and board, production space, and crew parking at Richmond's Graduate Hotel and Quirk Hotel.

In their contract, the tourism officials asked for their own little perks in exchange for the money, such as a shot of a LOVE sign, a link to the Virginia tourism site on ABC's website, and at least one mention of the "Virginia is for Lovers" slogan. Well, we know that the Bachelorette cast definitely went above and beyond on that last promise. Viewers could have played a very lethal drinking game if they took a shot whenever someone declared that Virginia was for lovers.

Although the episode probably didn't showcase a typical visitor's agenda, tourism representatives also revealed that Virginia had received $47 million in "publicity value" from the exposure the show gave them. The tourism board has even added a "Bachelorette itinerary or romance-inspired itinerary" featuring the locations ABC included in the final cut of Becca's Richmond visit. Unhappy hour, here I come! (Just kidding, it looked way too creepy for me).

According to Virginia Tourism director of communications Caroline Logan, the decision to advertise the state this way sparked from the tourism board's financial limitations. She told the Times-Dispatch:

The show is always trending on social media. It was a fantastic opportunity for us to reach potential new travelers. And to reach millions, instead of thousands... Due to our budget restrictions, we’re not able to advertise in our key markets — like New York. This was a way that we could reach them.

Yep, at the end of the day, tourism boards have to make money, and it looks like Virginia did just that through its contract with The Bachelorette. As the Times-Dispatch pointed out, ABC also had a similar financial agreement with Lake Tahoe, Nevada, when Arie's season filmed there last year. However, I guess intrepid local reporters haven't put the Freedom of Information Act to use there, because Lake Tahoe never revealed the specific terms of the contract.

As for whether cities always pay to be featured on the Bachelor franchise, it seems that the answer is situational. A Quirk Hotel manager told the Times-Dispatch that the hotel didn't pay to be on the episode, and it doesn't seem likely that the European cities and tropical islands the cast eventually visits are so desperate for a tourism boost that officials pay the show for coverage. Regardless, whichever city decides to be bold and partner with ABC on its own terms definitely seems to reap in the benefits. After this success story with Richmond, who knows what little-known American city the franchise will hit up next time?

The Bachelorette returns on Monday, July 9, at 8 p.m. ET on ABC.