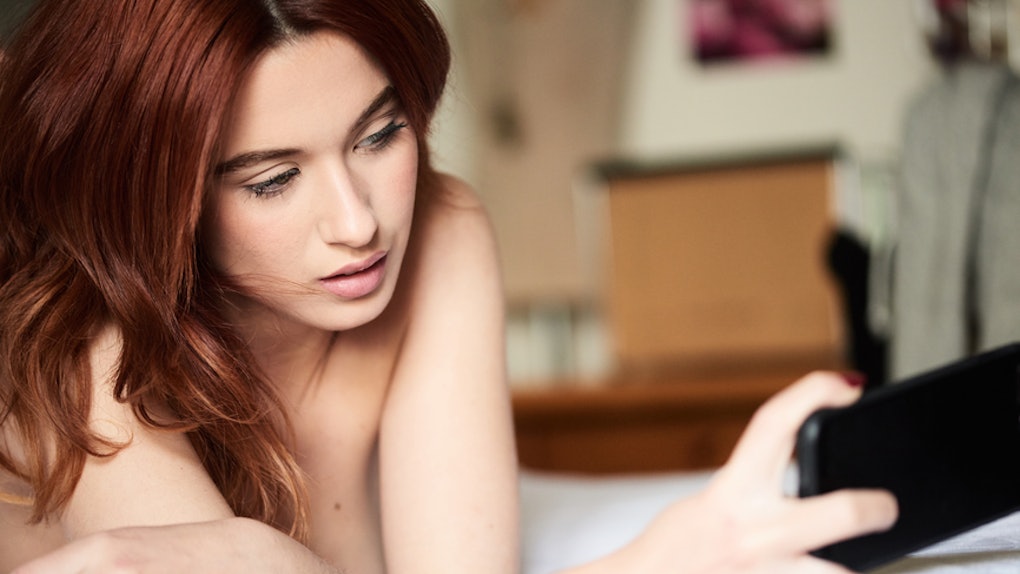 Do Thirst Traps Work? Guys Weigh In On Those Pics Where You Look Like A Snack

First of all, let me clear this up right away: Thirst traps work. There is a reason that dudes as wide-ranging as your ex, that guy you randomly met a party two years ago, your high school lab partner, and your one random Instagram follower from Croatia will slide into your DMs with heart-eye emojis immediately after you post a bikini pic. That reason: you are hot.

A thirst trap, BTW, is when you post a photo online that's solely intended to show off how good you look, often with the intent of racking up validation in the form of likes, comments, and DMs. Variations include:

Sometimes, thirst traps are for general consumption on Instagram, but other times, they're secretly meant to get the attention of one person. If you've seen American Vandal, you know what I'm talking about. (Note: Spoiler alert ahead, but nothing major about who drew the dicks.) Dylan's alibi is that he couldn't have drawn the dicks because he drove to his on-again/off-again girlfriend Mackenzie's house... because she posted a sexy selfie and he knew it was meant for him. And he was into it.

Still confused? OK, here is a classic thirst trap. I ostensibly posted this photo to show off the Instagram-bait sun hat, but the hat isn't really the reason I posted that pic.

You get what I mean.

Or here's another example from Emily Ratajkowski. Her caption says the pic was taken "in between shows," but the point of this Instagram is not really about showing off her busy schedule.

As someone who occasionally dabbles in the art of the thirst trap, I decided to ask guys what they really think about thirst traps in general. Here's what they said.

Here is a better question. Explain the merit and value of posting what are probably rather revealing photos of yourself with the explicit intent to make someone want to sleep with you, though in reality, you would never sleep with that person.

It's a pretty sad way to gain attention, because you are selling your image — not for money, just for attention. That is sad. People should value their image and how they see themselves and take pride in it.

For the record, Bobby's Tinder profile specifically mentions that he's looking for "a pretty biddy," "a freak in the sheets but a lady in the streets," and "someone who will let me hang out with my wang out."

When I pointed that out, he literally wrote back, "I no longer respect you."

Misogyny is so fun!

This guy will very generously let you do whatever you want.

If that makes girls happy, LOL, I guess let them do what they want.

This guy says some thirst traps are better than others.

I've seen thirst traps done tastefully (a well-lit beach photo) and not so tastefully (a bathroom selfie). Ultimately, it's up to the poster. If viewers don't like it, they can unfollow.

This guy will change the way you see thirst traps forever.

The girl putting up those half-naked pictures might be just as thirsty as those going about it in a different way. Like, if I put up pictures of me eating food in fancy clothes, I'm also seeking attention. Moral of the story: I genuinely don't care. Doesn't win me over, doesn't make me think less of you.

This guy has some strong feelings on the subject.

They bring the devil out in men.

This guy is worried that you're objectifying yourself.

I'm not a big fan. I mean, if you're confident and want to show off your body, then fine. I just think that women are objectified enough. I like hot girls just as much as the next guy, but sometimes subtle is sexy.

This guy thinks you're fine.

I don't take issue with it. Everyone needs validation, so I get it.

This guy said he wasn't into thirst traps at first, but later sent me a link to a cosplay-themed Instagram dedicated to butts.

It seems like either a desperate plea for attention or full-on narcissism.

But bikini ones... I can't complain. It's like, here's what I'm selling — take it or leave it.

This guy had mixed feelings.

Not my style, tbh. I'm not pressed enough to judge someone for it. But of course, I love Kate Upton bikini pics...

This guy endorsed them (finally!).

I'm cool with it. I believe in free speech.

This guy needs a refresher course on the Madonna-Whore Complex.

Why be a hoe when you can be a queen?

This guy creeped me out.

I tend to get inside the trap :)

I figured that most guys would respond positively. After all, that surge of likes I get whenever I post thirst traps comes from... guys. But it turned out that a lot of men had pretty harsh words for those kinds of photos. And that bummed me out, because a lot of those same guys later wound up admitting to liking them.

This little girl is summing up all my feelings right now: