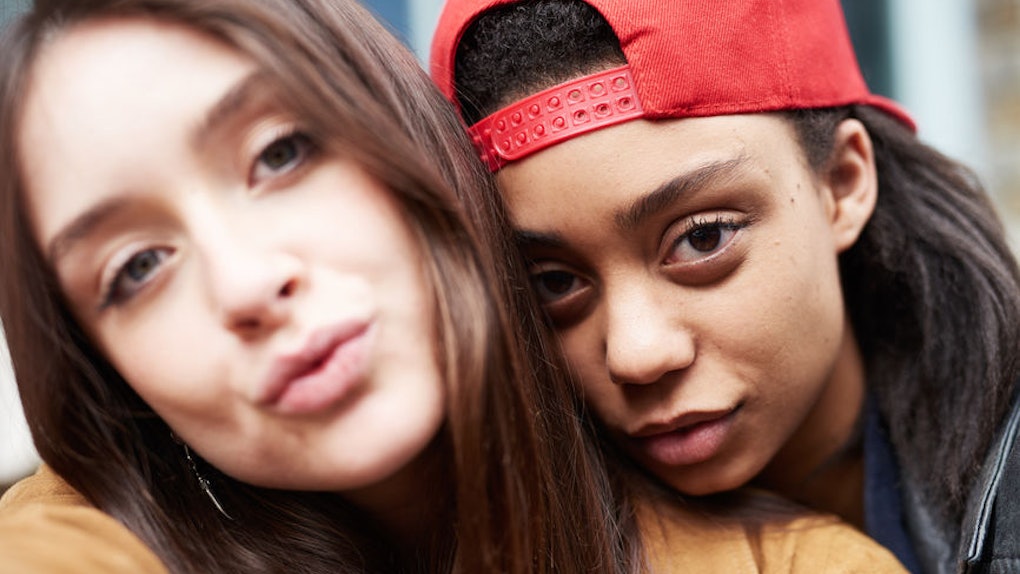 Do Opposites Really Attract? 13 Women Explain How Their "Opposite" Relationships Work

The thing I've learned about love over the years is that there's no one right way to do it. I've seen people fall in love with their best friends who couldn't possibly be more similar to them. By the same token, I've seen people fall in love who couldn't be more different from them. The latter always confused me. I mean, come on. Do opposites really attract? Apparently, sometimes they do. And, in a recent Reddit AskWomen thread, ladies share from firsthand experience how they make it work.

They're opposites but they enjoy the same hobbies.

He is stoic, city grown, determined, positive, and socially awkward

We watch anime, play games, work out, cook, play with our dog, travel, eat good food and hang out. Not to mention hate a healthy sex life

They watch shows together.

Watch shows together. That's about it.

They always maintain a level of respect for each other.

We take an interest in each other’s interests when it is important. Several times a year, I’ll go to sporting events he cares about, go to the cabin with his family for fishing, shooting clays and skeet, go to some PHISH or Umphreys McGee concert or a stand up comedy show when one of his favorite comedians is in town. Several times a year, he will accompany me to the orchestra, theatre, museum, art festivals, wine tastings, ethnic events etc. When we’re there, we really try to enjoy it for the other person’s sake - and we’ve discovered surprising things about ourselves along the way - for example, I am a good shot and he’s been humming the Hamilton soundtrack since we saw it in September.

There are things we both enjoy, and we do those together - we’re both foodies, and we both like to travel. But mostly we do the boring, adult-y things like chores and shopping and errands together and togetherness makes those unpleasant things better and makes us a team.

After all these years of marriage, what’s important isn’t shared superficial interests and hobbies but respect for and interest in each other, and being on the same page for more fundamental values such as finances, family, division of work etc.

They managed to find the overlap in their general interests.

Me: extroverted, emotional, all-over-the place. A classic ENFP. Him: introverted, logical, very aware of what he's doing at all times. Very ISTJ.

Our general interests seem to have enough overlap, even if they aren't the same. We like to go on long walks (he calls them our "urban adventures" cuz we just wander around the city for miles and miles), read each others' favorite books (He's got good taste! I'm reading his favorite, The Master and Margarita, right now and I love it! He's reading my favorite, The Third Policeman, but I don't think he's into it that much...), rewatching Game of Thrones all the way from the beginning, and now that it's about to get cooler we're gonna start going on hikes! Also, lots of sex, really really good sex.

They try to take interest in each other's hobbies.

He reserves the stuff she refuses to do for his friends.

We're total opposites. I'm introverted, reserved, not expressive, quiet, and stoic. He's smiley, bubbly, gregarious, loud, always seeing the silver lining, and tells a sarcastic or corny joke every 5 minutes. I don't think I've ever dated someone this opposite of me. We do a lot together! Beach dates, ice skating dates, pumpkin patch date, watching TV shows, going out to eat, crafting/watercoloring, cooking, cuddling. It all still works. I don't drink or like to see movies in theaters, so he does that with friends.

They socialize with friends.

They don't let their differences get in the way of their hang time.

Our differences don’t really affect the one on one time we spend together. We mostly just cuddle up, watch TV or Youtube videos, go out to eat, and sometimes I’ll study or knit while we do that. Sometimes we go out for movies or run errands or that kind of thing. We have similar senses of humor and it’s easy to go back and forth with him on that too.They’re a much bigger deal when we start talking about the life experiences we’ve had outside of this relationship, or when we’re dealing with each other’s friends and family.

He takes her out of her comfort zone.

I've gone out a lot more, in general (I'm definitely a homebody), since he's a pretty sociable guy. He also loves to play video games, and while I also enjoy them, I Don't play as much as I used to, but I've gotten back into it with him. We also watch Netflix and Hulu together as well.

She makes an effort to enjoy the things he likes to do.

watch shows and movies together. sometimes i'll play a video game with him or watch him play (he doesn't play very often anyhow). we go out to eat together a lot too and go to see our fav academic talk when he's in our city! it's important to indulge in your sig other's interests. i always make an effort to enjoy things that he likes doing.

They have a pet together.

This week we went to a movie, to dinner, went shopping, went to the farmer's market, entered our dog in a costume contest/parade, and went out for ice cream, in addition to cooking dinner together most nights.

Watching movies/series, playing games together, cooking, going to museums, sing and dance around in underwear (who doesn't tho haha). We have completely opposite interests, for example, I'm more the creative type and he's more into computer stuff (very analytic? I guess?) But he enjoys listening to me nerd around with my arty fartsy stuff and I enjoy listening to him nerd about computer stuff.

And to be honest... I have no idea how we both are SOO compatible, I guess with the right perspn it doesn't matter. I'm rambling. Sorry!

They focus heavily on honest communication.

My SO is very conservative, very into offensive humor (as am I to a certain extent), plays video games, like comics, and hates working. I am the complete opposite. We do find it difficult to agree or talk about certain things. A while ago we would argue about everything, but we’ve since discussed on how to make that better. We both know the signs of annoyance in each other so we talk about why we feel that way. Listening is the ultimate key to everything. We like to watch movies and he likes to attempt to teach me games, and we take little trips.

So maybe opposites do attract, after all!