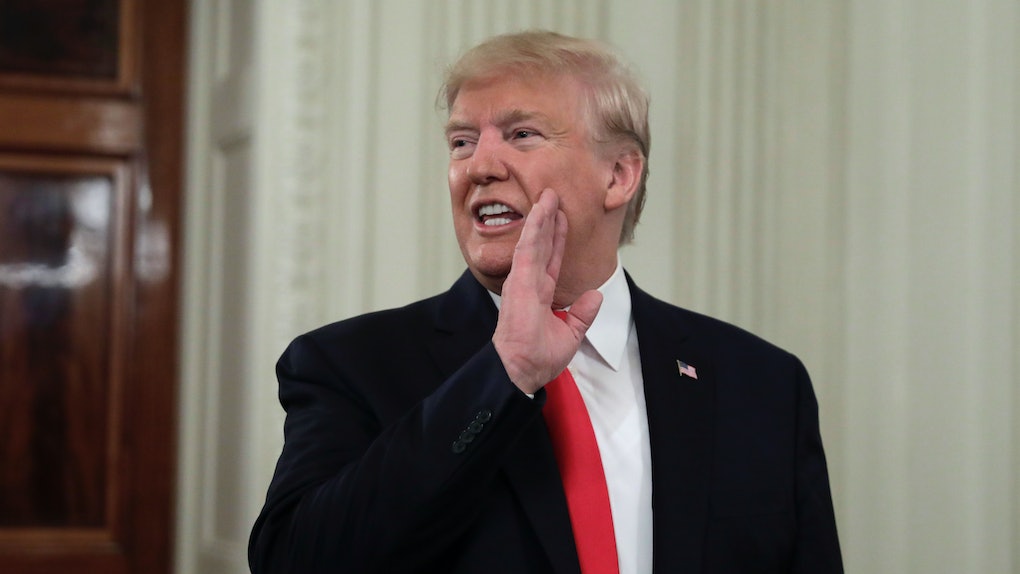 Do Impeached Presidents Go To Prison? The Process Isn't That Simple

Democrats' impeachment inquiry into President Donald Trump continues to heat up. In recent weeks, the House Intelligence Committee has held several public hearings with top diplomats familiar with the allegations against Trump. The White House previously referred to the impeachment inquiry as Democrats' attempt to "weaponize politics" in a statement to Elite Daily. But as Democrats edge closer to an actual impeachment vote, the question on everyone's minds seems to be whether or not this process could land Trump in lockup. Do impeached presidents go to prison? Well, the process isn't quite as simple as that.

The House is currently engaged in an inquiry process, during which various House committees will hold hearings and collect any evidence regarding whether Trump committed impeachable offenses. The House Judiciary Committee will then examine this evidence and determine whether or not is sufficient to draw up articles of impeachment. Traditionally, it is only after the Judiciary Committee signs off on these impeachment articles that the rest of the House will be able to vote on impeachment. To successfully impeach a president, at least 218 members of the House — that is, a simple majority of its 435 members — need to vote in favor of one or more of the articles of impeachment. If they vote to impeach, the process moves to the Senate, which then holds a trial on whether to convict and remove a president from office. So far, no American presidents have ever been convicted and removed in a Senate trial.

However, a conviction in the Senate trial doesn't mean that a president automatically goes to jail or prison. Under the Constitution, the Senate can only vote to remove the president from office and prevent them from running in future elections. Article 1, Section 3 of the Constitution states, "Judgment in cases of impeachment shall not extend further than to removal from office, and disqualification to hold and enjoy any office of honor, trust or profit under the United States." However, it also notes that once an impeached president has been removed from office and is effectively a private citizen again, they are subject to the same kinds of legal action as any other American, including "indictment, trial, judgment and punishment, according to law." Basically, impeachment doesn't automatically send a president to prison — but once impeached, a president can absolutely be tried for any crimes they are alleged to have committed.

The question of whether or not a sitting president can be imprisoned has been particularly pervasive throughout Trump's time in office, particularly following the release of former Special Counsel Robert Mueller's report on his Russia probe. The Justice Department for decades has taken the position that a sitting president cannot be indicted on criminal charges, and that only "extraordinary circumstances" — coupled with the approval of the U.S. attorney general — could create an exception. But should Trump leave or be pushed out of office, he may be a target for legal action. During his July 2019 testimony before the House Judiciary Committee, Mueller confirmed that he could theoretically charge Trump with obstruction of justice if the president is removed from office or loses the 2020 presidential election.