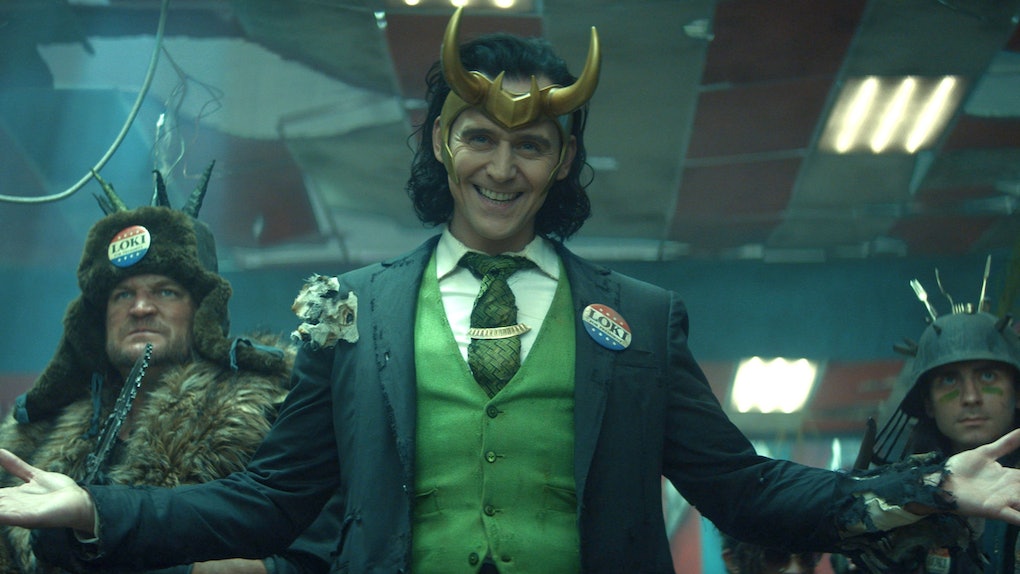 Loki is dead; long live Loki. At least, that's what fans were saying after Avengers: Infinity War's opening moments when Thanos took out the God of Mischief. But you can't keep a good comic book character down. If WandaVision could bring back Vision (Paul Bettany), there's no reason Disney+ couldn't give Tom Hiddleston's Loki a show too. Avengers: Endgame helped things along with the character's seeming resurrection when Stark's plan to steal the Tesseract went awry, accidentally giving Loki a chance to escape his fate. But Disney+'s Loki trailer is a reminder that although time may be easy to change, the future remains constant.

The first glimpses of Loki initially hinted that the character's escapades with the Tesseract would be short-lived. Footage showed the TVA (the Time Variance Authority) would soon catch up with Thor's villainous brother. The TVA is the faceless bureaucracy that keeps time flowing on the correct path. (All good science fiction/fantasy that includes time travel has one, from The Umbrella Academy's Temps Commission to Harry Potter's Ministry of Magic.)

The initial teaser suggested Loki would probably cut a deal so that, instead of doing time for his crime, he'd be traveling it. But the new full-length trailer for the Loki series reveals there's a lot more to it than that:

Check out the label on the back of Loki's TVA prison suit: "Variant." No, that doesn't mean he's infectious (no more than he was before, at least). But it does confirm Loki, the real one — Loki Prime, if you will — is dead. The Loki who exists in this Disney+ series is not considered the real Loki. He is a variant, an accident of time travel.

Loki technically doesn't exist anymore in the main timeline. He cannot go find Thor and pick up where his original version left off. At least, not without triggering the entire TVA to come arrest him. That's a critical point, because it frees Loki, the show, from having to worry about what's happening in the rest of the Marvel franchise. Unlike WandaVision and The Falcon and the Winter Soldier, which will directly tie to big-screen events, Loki can go around mucking about with time to its heart's content.

Moreover, Loki, the guy/variant, wasn't hired to muck about with any ol' time. The trailer reveals the TVA brings him aboard to fix things stemming from stealing the Tesseract. His adventures will almost certainly tie into past events from the Infinity Saga. But they'll be changed by Loki's actions, which knocked them off their proper time stream. There's a hint at how this plays out at the 2:06 mark, as it appears Loki is sitting with the deceased Natasha Romanoff (Scarlett Johansson).

It seems Loki will have to figure out how to fix these past events — if he keeps his word to the TVAs, that is. As Mobius (Owen Wilson) notes in the trailer, this is a man who literally stabs people in the back. What's to keep him from betraying everyone all over again?