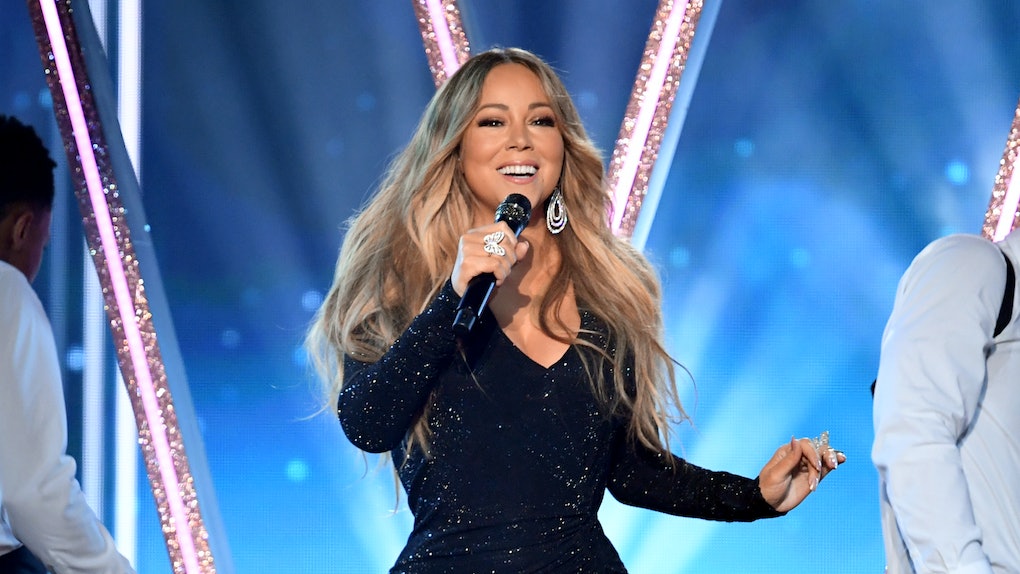 Did Mariah Carey Lip Sync At The 2019 BBMAs? Fans Had So Many Conflicting Feelings

Mariah Carey has been a pop superstar since her debut studio album was released in 1990. Fans have followed the ups and downs of her career with rapt attention for decades, so it was no surprise that she received the ICON Award at this year's Billboard Music Awards. In addition to receiving her honor, Carey also performed a medley of her greatest hits at the award show. But, while she is a legendary pop superstar, Carey also has a difficult history with lip syncing at live events. In fact, many fans are wondering: Did Mariah Carey lip sync at the 2019 BBMAs?

In anticipation of her 2019 BBMAs performance, fans were wondering if Carey would lip sync like she has for previous live shows. But, based on the super-natural sound of her performance, fans have concluded that she was definitely singing live. With a few rough patches in the song, it was clear that the song was not pre-recorded.

But, even though Carey has always been a huge success, in recent years, she's struggled with her live performances. While performing on Dick Clark's New Year's Rockin' Eve With Ryan Seacrest for New Year's 2017, she suffered through some technical difficulties. Her earpiece stopped working, she stopped singing, and paced the stage. Eventually, she told the audience to sing along, leaving many to speculate that she had been expecting a lip sync track with backing vocals to play, but instead was met with an empty music track. After the snafu, Carey spoke to Entertainment Weekly and said, "It’s not going to stop me from doing a live event in the future."

A sound engineer named Phil Palazzolo explained the mechanics of lip syncing to Cosmopolitan, and what was really going on behind the scenes during Carey's New Year's Eve debacle. He said:

In any big spectacular, it’s really difficult to have enough voices to cover all the vocal parts. To give the audience the complete experience they’re expecting, there is some reinforcement, some playback that everybody’s hearing. Sometimes it’s background vocals, but sometimes when you have an event like this, it will be actually vocal tracks. It’s so hard to ensure, with no safety net … you’re not gonna get another shot at it, you have to have stability. I think it’s very naïve of a lot of people to think that when you see someone open their mouth, they’re really singing. I wouldn’t have sung in that environment.

The live performance issues didn't end for Carey in 2017. In 2018, many fans believed that she was lip syncing during her American Music Awards performance. In summer 2018, Carey performed during the launch of Las Vegas residency, but audiences could hear her vocals still projecting through the speakers even when Carey stopped moving her mouth. All of these lip syncing blunders have left fans putting Carey's performances under a microscope.

The truth is that there is no way to know for sure whether or not Carey lip synced during the 2019 BBMAs, but it sounded raw, real, and beautiful. And plus, fans can't deny the fact that she has a truly iconic voice.