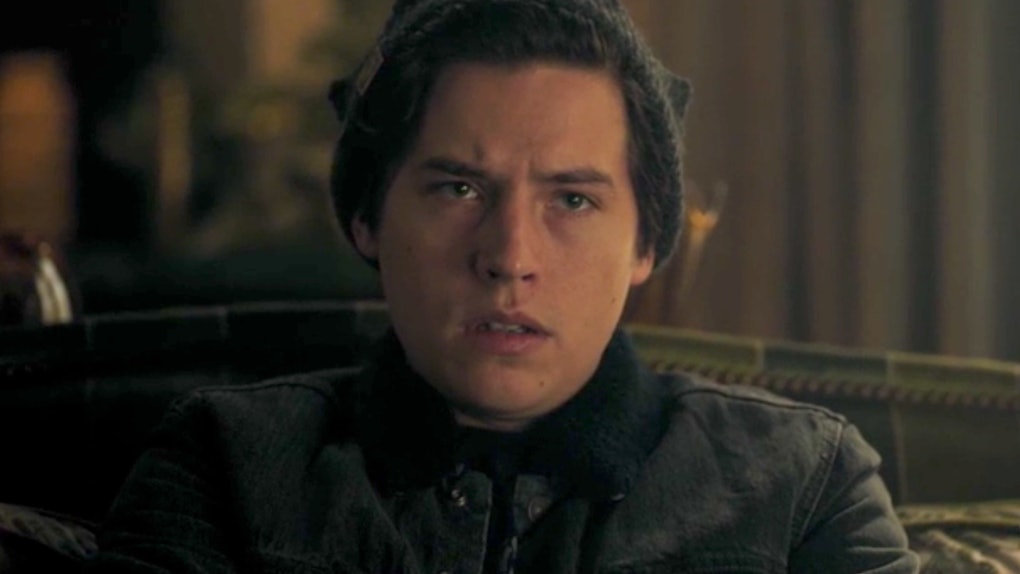 Did Bret & Donna Kill Jughead On 'Riverdale'? A New Twist Suggests It

Riverdale has gotten closer than ever to finally revealing what is really going on with those flash-forwards. Spoiler alert: This post contains spoilers from Riverdale Season 4, Episode 8, "In Treatment." Throughout this season, tiny scenes from the teens' upcoming spring break have shown Jughead mysteriously going missing, and Archie, Betty, and Veronica being implicated in his disappearance. Now, thanks to the latest time-jump, fans are wondering if it was actually Bret and Donna who killed Jughead on Riverdale, or at least played a role in his absence.

The bulk of Dec. 4's new episode centered on Riverdale High's guidance counselor Mrs. Burble doling out some much-needed words of wisdom to her many troubled students. Arguably her most complex conversation was with Jughead, who has been single-mindedly focused on vindicating his grandfather by exposing the fact that Forsythe Jones I was the true author of the original Baxter Brothers novel. While Burble advised Jughead to turn his attention to his schoolwork, she also pushed him to seriously investigate the case if he really could not give up on it.

As expected, Jughead chose to really run with that second piece of advice. Through more digging, he discovered nearly all the former members of Stonewall Prep's secret society, Quill and Skull, had died in alleged accidents. When Betty learned of all this, she urged Jug to leave the private school before things got seriously dangerous. And with that ominous warning, it was time for another aptly timed flash-forward.

This scene showed Stonewall students (and suspected Quill and Skull members) Bret Weston Wallace and Donna Sweett telling F.P they saw Archie, Betty, and Veronica kill Jughead. But rather than have fans think the three Core Four members really committed such a crime, the flash-forward really just made Bret and Donna look like the guilty ones.

Think about it: Bret has made no secret of his distaste for Jughead, and Betty discovered Donna had a Quill and Skull pin in her room (although Donna claimed it was Chipping's). Plus, the two seemed to be behind Moose leaving Stonewall, and they also seemed to have something to do with Mr. Chipping's death. So, could Bret and Donna (and maybe Mr. DuPont) really be the ones behind this whole thing? And if so, what did they do to Juggie?

Fans will hopefully get some more answers soon. Jughead's much-discussed grandfather will finally be introduced in the next new episode, and since he's at the center of this whole mystery, fans should definitely expect to get some clarity from him. Until then, the big Jughead mystery is still unsolved.

Riverdale airs Wednesday nights at 8 p.m. ET on The CW.

More like this
Who Is Annabelle On 'Cruel Summer'? Let's Discuss Kate's New Twist
By Rachel Varina
When Will 'Riverdale' Season 5 Return In 2021? Its Mid-Season Break Is Long AF
By Rachel Varina
Why Won't NBC Air The Golden Globes In 2022? Let's Break Down The Drama
By Ani Bundel
Stay up to date