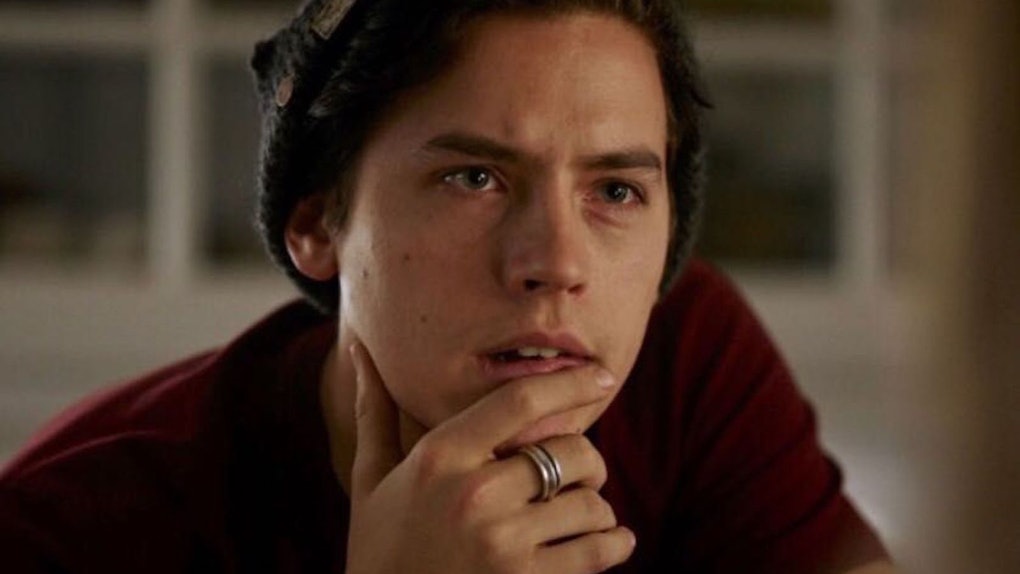 What Is Quill & Skull On ‘Riverdale’? Jughead & Betty Need Answers

Riverdale finally reunited everyone's favorite sleuthing couple in its Nov. 20 episode, and they certainly have a strange new case to dive into. With Betty paying a visit to Jughead's posh boarding school during Thanksgiving, the duo reunited and were able to uncover a dark secret about Stonewall Prep. Their discovery of the secret society Quill and Skull is Riverdale's latest enigma, and it definitely seems like this new mystery will connect to those alarming flash-forwards of Jughead.

Spoiler alert: This post contains spoilers for Riverdale Season 4, Episode 7, "The Ice Storm." It's been pretty clear from the start that something strange is going on at Stonewall, but Jughead has not been able to figure out just what it could be — until now, it seems. After finding proof that his grandfather, Forsythe Jones I, wrote the original Baxter Brothers novel (a book series connected to Stonewall's founding), Jughead was swiftly silenced by Mr. DuPont, the credited author of the book. Turning to his only ally at his new school, Jughead asked Mr. Chipping to help get the truth out, but shockingly, Chipping jumped out of a window shortly after his talk with Jughead.

Thankfully, Betty made plans to visit Jughead at Stonewall Prep over Thanksgiving break, so the detective duo was able to investigate what really happened to Chipping. That's when Jughead noticed both DuPont and Chipping wore the same tie clip in their yearbook photos, leading him to discover a secret society called Quill and Skull that exists at Stonewall. Things got even more suspicious when Jughead found out Bret was carrying a suicide note meant to be planted on Chipping, and Betty uncovered a Quill and Skull tie pin in Donna's room.

The implication seemed clear: Bret and Donna are likely members of Quill and Skull, and DuPont may have tasked them with somehow killing Chipping and then covering up the crime. But Donna threw a wrench into that theory when she Chipping had given her his tie pin in the midst of their secret affair. Donna claimed Chipping had carried on a romance with her in secret, but she wanted to break it off because it became abusive. Betty was not so quick to buy Donna's story, though, and suggested that perhaps she invented the affair in order to explain away the tie pin and throw her and Jughead off the truth.

At this point, it's hard to know who to trust, but Bret's suicide note and Donna's tie pin are definitely hard to ignore. But on the other hand, viewers all saw Chipping jump out that window (and not get pushed), so the real question is not if Bret or Donna physically killed Chipping, but rather how they may have been able to force him to kill himself.

Oh, and just as a reminder: Although everyone on Riverdale is saying Mr. Chipping is dead, his body was not shown after that jump, so there is always the possibility that he is still alive somewhere out there and ready to tell Jughead the truth about Stonewall. Let's just hope that's the case, because fans really need some answers, and soon.