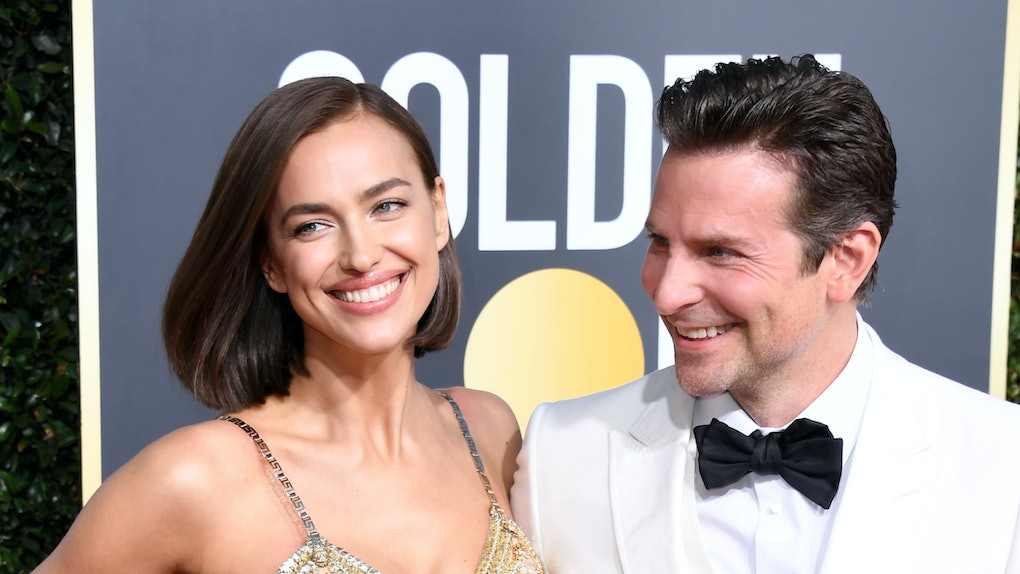 Did Bradley Cooper & Irina Shayk Break Up? This Reported Update Does Not Sound Good

Not to make this about, like, us... but I don't know if the public can weather any more celebrity breakups, especially ones from beloved stars. Alas, Bradley Cooper and his longterm girlfriend Irina Shayk seem to be teetering on the relationship rocks and it has fans feeling panicky. Thanks to reports, people are wondering — did Bradley Cooper and Irina Shayk break up? Nothing has been confirmed, but it sounds like their relationship is precarious right now. Aye aye aye. Elite Daily reached out to Cooper and Shayk's teams for comment on their relationship status but did not hear back by the time of publication.

Look, we all saw that Oscars "Shallow" performance. We all saw Cooper hop up on stage with Lady Gaga in Vegas and look at her like she was the secret to life. I think we're all grown-up enough to admit that the connection, energy, and chemistry between the two A Star Is Born actors is palpable, if not full-on suffocating. They had to of known the media was going to have a field day with the way they looked at each other in front of God, fans, and their respective partners, right?

Despite a variety of reports suggesting Cooper and Gaga were brewing a secret romance, the two maintain nothing romantic is or ever was going on.

Do I believe it? It honestly depends on the day, but sources say the wobbly status of Shayk and Cooper's relationship right now is in no way linked to Mother Monster.

An insider told US Weekly Shayk and Cooper "aren't in a great place." “They haven’t been getting along for a while,” the source said, but added, “They aren’t calling it quits yet." Additionally, the insider maintains it has "nothing to do with Gaga."

Gaga directly addressed the romance rumors between herself and Cooper during an appearance on Jimmy Kimmel Live!. There, she explained the reason everyone thinks they saw love between her and Cooper is because — guess what! — that was their intention!

Kimmel started, "We were watching it at home and we were like, 'What's going on between these two?' ... I know it caused this big controversy because you had such a connection with Bradley that instantly — and I guess this is a compliment — people started saying, 'They must be in love.'"

Gaga responded, "OK, first of all, like, social media, quite frankly, is the toilet of the internet, and what it has done to pop culture is just, like, abysmal."

Yes, people saw love. And guess what? That’s what we wanted you to see. You know, I mean, this is a love song, ‘Shallow.’ The movie, A Star Is Born, it’s a love story. We worked so hard. We worked all week on that performance ... From a performance perspective it was so important to both of us that we were connected the entire time ... When you're singing love songs, that's what you want people to feel.

Oh, you mean Hollywood is all smoke and mirrors designed to evoke an emotional reaction from the at-home audience?

Huh. That checks out.

OK, OK, OK. So what about Shayk and Cooper? Fans obviously hope the parents of 2-year-old daughter Lea can work things out.

Frankly, they could enlist Gaga to be their spokesperson. The girl has a way with words.