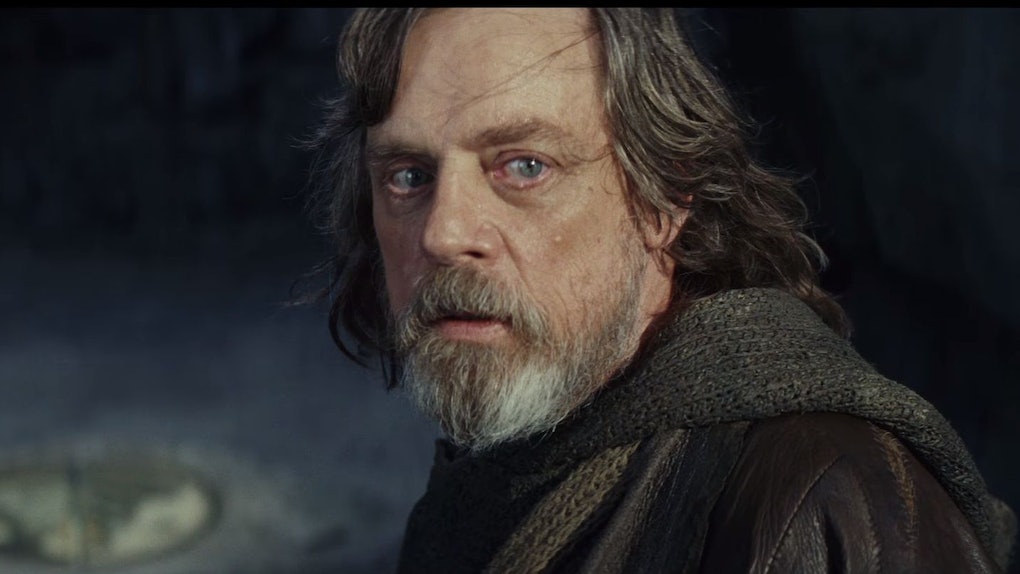 Details In The 'Star Wars: The Last Jedi' Trailer You Probably Missed

It's finally here: the last trailer for Star Wars: Episode VIII, entitled The Last Jedi. Considering the incredibly careful nature of the rollout for this movie (and Lucasfilm in general these last two months), there weren't exactly any surprises in the trailer. But there were tons of wonderful details tucked away. We run down all the things you missed in the Star Wars: The Last Jedi trailer, because it was hard to see through all the tears.

Before we break down the trailer though, let's take a minute to note that like the first trailer that arrived back in May of this year, The Last Jedi is taking no risks with the marketing of this movie. This trailer had one job tonight, and it was to emotionally wind up fans to drive them all to box office websites.

Two years ago, the final trailer for The Force Awakens drove fans to take down Fandango and MovieTickets.com's websites, as well as some smaller venues like Alamo Drafthouse. Lucasfilm did it by delivering an emotional punch directly to fan's hearts. Now The Last Jedi has done the same.

Let's run down some of the details you might have missed.

We suspected it would be true, but this trailer confirms it. Rey is the chosen one, come to follow in Luke's footsteps. One gets the sense in fact that her raw power is greater than his was back in A New Hope. It's more on par with Anakin in The Phantom Menace.

Luke Is Terrified Of Rey

And it's because she's stronger than he ever was. Remember how Luke couldn't pull his X-wing out of the bog and Yoda had to do it for him? Rey doesn't have any of those "I can't" hangups. She's floating rocks and cracking stones like no one's business.

Leia Is In Charge Of The Fleet

We don't get much of the late Carrie Fisher in this trailer, but we've been promised her part has been upped significantly. Putting her in charge of the entire fleet and the Resistance is one way to do that.

And it's Kylo who has come to take her out. The difference is that Leia isn't her late ex-husband. She's not going to give Kylo a reason to stab her in the heart and feel like he's broken free. She's going to stare him and that ghastly cut Rey gave him, right through the walls of her ship, into his cockpit and dare him to do it.

Unlike Luke, I don't think he's going to get that one-in-a-million shot either.

Porgs Are Awesome! Chewie Says So!

Poe is Still Super Obsessed With The Resistance Story Line

It seems almost funny the way he's yelling about taking out The First Order, when we're all on the other story line about the fate of the Skywalker family, doesn't it? But the hot guy is right. Focus on the big picture, y'all.

Finn Is Undercover With The First Order

Everyone is screaming about Finn versus Phasma, but I'm over here asking why he's wearing a First Order uniform. I suppose spying is one way to get promoted out of the Storm Trooper division.

Porgs Aren't The Only New Creature

A lot of fans don't know what these creatures are. Currently, most are calling it an "Ice Fox." For those who are not into porgs, these are going to have to do.

Snoke In the Flesh

In the first movie, Snoke was always seen as this enormous hologram. We'll finally see him in the flesh in this movie and learn how tall he really is.

Rey Is Turning To The Dark Side... Or Is She?

Then there's that ending. Rey tells someone she's asking them for help... and Kylo reaches out a gloved hand.

Now, there are already Star Wars Trailer Truthers out there stating that this is just clever editing. But, if these movies really are the inverse of what came before, then Rey going to the dark side only to stand up and defeat it in the final episode... actually makes a whole lot of sense.