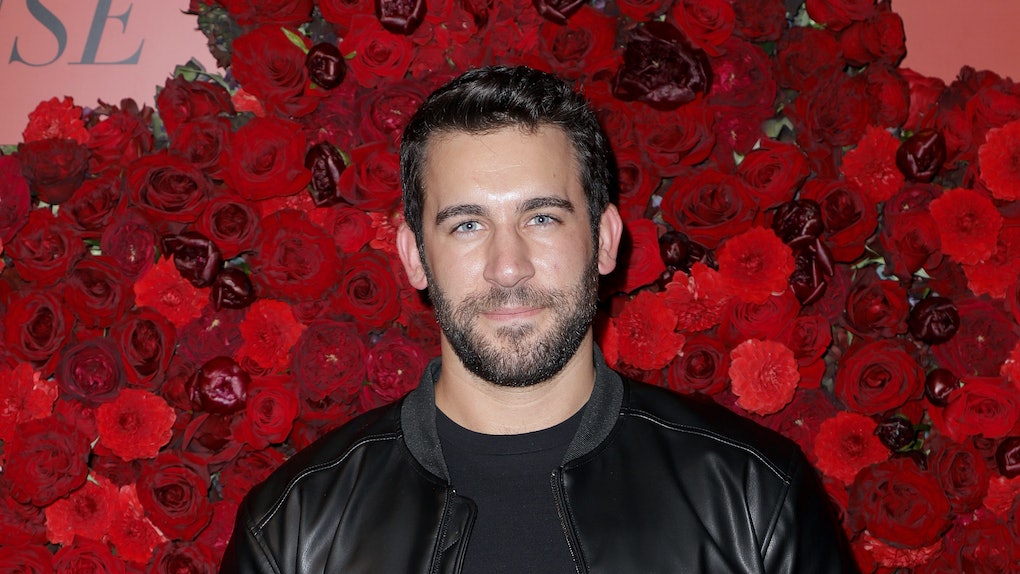 Derek Peth has been a breakout star of Bachelor in Paradise this season. Though he ended up leaving the beach without a relationship, he earned the admiration of basically the entire internet when he handled two tough breakups with grace and maturity. Some fans have even hoped he would be the next Bachelor — and now, Peth is sharing new details with Elite Daily about what this whole experience has been like for him. Derek Peth's quote about returning to Bachelor in Paradise reveals that he wasn’t initially planning to come back to the show.

Peth came back to Bachelor in Paradise single this year after his June 2018 breakup with former fiancé Taylor Nolan, whom he met on Season Four of the reality series. Peth, who works as Senior Vice President of Business Development for Laurel Road, knew it would be difficult to balance his many priorities and return to the beach to find love. “I told the producers ‘no’ for a very long time about going onto the show this year,” he tells Elite Daily. “I wanted to focus on getting my career up and running, and I had recently moved to New York City. And then finally I thought, ‘Why not give it a shot?’”

He also had his breakup with Nolan on his mind. Once he arrived in Paradise, Peth had to adjust to the environment, considering how connected it was to his past. “I didn’t think it would affect me as much as it actually did the first couple days,” he confesses to Elite Daily. But the immersive aspect of Paradise allowed him to move past his initial hesitation. “It’s really easy to be present there when you don’t have distractions,” he says. “You don’t have computers or TV, it’s just being there with everybody.”

But Peth didn’t totally abide by those rules. One major reason he decided to return to Paradise? “I actually wanted to make sure that I’m able to stay in contact with some of my [work] clients while I was there, which [the producers] granted me to be able to do,” he says. That’s right — he was so committed to the hustle that he worked from the beach. “They agreed to let me pull up my computer every couple of days and actually get in contact with some of my clients.” The grind never stops, even when you’re kicking it in Paradise.

As far as his relationships on the show this year, Peth has nothing but respect for both Demi Burnett and Tayshia Adams. “I have always been appreciative of the things Tayshia said about me, how she and I have interacted,” he says. “We built a good friendship, and same with Demi.” And that heartbreaking exit of his? “I was there for the right reasons, and I left for the right reasons,” he explains. “Once there was a definite answer from Tayshia, I thought, ‘It’s time for me to get back to my normal life.’” Peth and Adams ended their relationship once Adams realized her heart wasn't fully in it. At that point, Peth decided his best bet was to head home.

Peth also has something to say about those rumors he might be the next Bachelor — an idea that many of his fellow castmates have supported. “I never thought that question would be asked of me,” he laughs. “It’s so flattering that people have said the really, really nice things about me that they have.” If offered the role, Peth said he’d take it. “Of course I would do it, why would I say no to that?,” he expressed. “You can always step back into your normal life after that, as long as you maintain who you are.”

Ultimately, Peth’s experiences in Paradise have caused him to do a lot of reflecting. “I’ve had these emotional moments in my life that have been replayed for me, and replayed for millions of people,” he explains. “And it’s good to feel what you feel in that moment, but then moving past that is important.” He’s practically a dating expert at this point, and he knows a thing or two about how to plan dates outside of the Bachelor franchise bubble.

Peth even offered up his best tips for planning budget-friendly dates (since most people don’t have a TV production company to fund their outings). “I think a lot of times we focus on the big activity too much,” he said. “It’s really easy to have little bite-size layers.” He suggests breaking your date up into small, inexpensive pieces, such as a walk in the park followed by a free comedy show. If you want to hit up a fancy bar, you can grab just one drink and then do something else. “And you’ve spent three hours essentially [of] very inexpensive but fun time,” Peth notes. “And that’s what really matters, right? The fun and getting to know them.”

It's certainly been fun getting to know Peth this season, and since he's single at the moment, those #DerekForBachelor supporters will probably stick around (even if he's not named as this season's lead). And who knows? Maybe Peth will make another appearance on the franchise in future years. Fans are all hoping to see him end up in a happy relationship, whether it's on the beach or off.