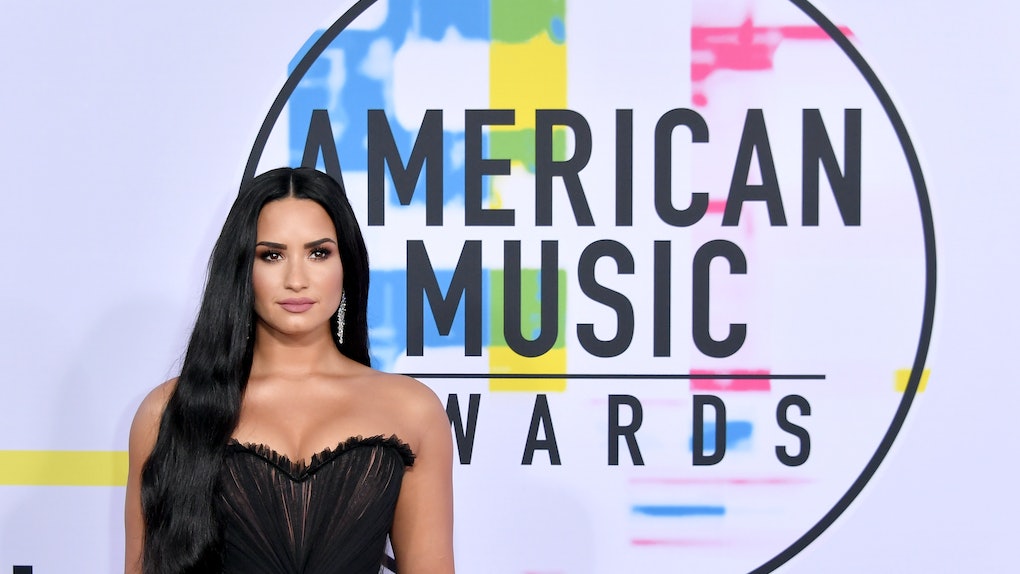 Former Disney teen star turned outspoken women's and LGBT advocate Demi Lovato was one of the first major artists to be announced as performing this year at the 2017 American Music Awards. She arrived to sing her lead off single "Sorry Not Sorry" from her latest album, Tell Me You Love Me. This is her sixth career album, and "Sorry Not Sorry" is her highest charting single so far in her career. So how did Demi Lovato's 2017 AMAs performance come off?

This isn't Lovato's first time taking the AMAs stage of course. She's performed her own single before like "Confident" in 2015 (which was from the 2015 Grammy-nominated album of the same name). She's also done duets with such music powerhouses like Alanis Morissette, singing the seminal feminist anthem "You Oughta Know" at the 2015 American Music Awards.

Unlike some years though, Lovato is not performing a single that's also nominated. Her Tell Me You Love Me album only came out at the end of September and was not be eligible for nominations, as it came out on Sept. 29, and the eligibility period for the 2017 AMAs closes on Sept. 14, 2017. Let's hope she scores a few next year based on this performance, no?

Did you OMG at that power move opening in the audience? Total stunner of an opening and a great way to be the first number once the show started. Her outfit is also a stunner too, with the rhinestone-studded corset top and the high-end cargo pants.

Her opening quote was what really got everyone's attention:

It certainly took those at home by storm.

The audience was also really into Demi's performance, not just the beginning when she entered from among them, but the whole thing. Fans of BTS were thrilled to see the world's biggest boy band jamming out to her song.

For most though, it was the message of the song that got everyone's attention. Lovato had already made a massive statement by bringing the first Transgender candidate to win a seat in state government, Danica Roem, who will be seated in the Virginia House of Delegates next year, to the show this evening.

Check out their red carpet appearance. Both are fantastic.

By the way, Danica Roem is no slouch in the music department either. As well as being the first transgender candidate to win higher office, she's also a guitarist, and specializes in heavy metal. I'm only sorry she didn't join Demi on stage and do a solo.

Now she was standing up to everyone who had ever stepped on her as well. The message was obvious: we will rise.

Some fans (those who are attuned to music) noted that Demi did not hit every note square on, but only took that as more proof of the star's humanity and grace under pressure.

Other fans thought she sounded amazing, missed notes or no:

While still others said the real success isn't the notes you hit or miss, it's the overall impact of the performance, which, from beginning to end, was very in your face, and demanded your attention.

Others wanted to remind their fellow Twitter users what Demi had gone through over the years, and how she had overcome serious difficulties throughout her time in the spotlight.

Some noted that the line up tonight was brought to you by Disney.

But the AMAs are airing on ABC, which is owned by Disney, so really, are you that surprised the line up this evening would have quite a few of their alumni? (Though we're sure that's actually just an accident. Right?)