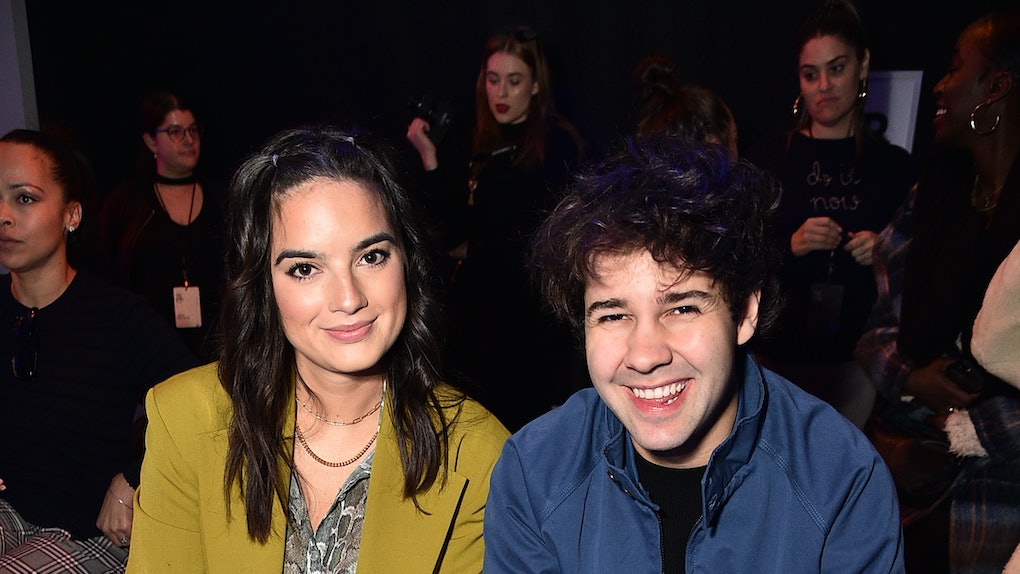 In January 2018, vlogger David Dobrik called up his childhood friend Natalie Mariduena and asked her if she'd move to LA to become his assistant. At the time, she was confused by his offer. Dobrik's career was just starting to really pick up on YouTube, but she wasn't sure how he was able to buy his own house and afford to pay her a salary — she admits she really didn't understand how YouTubers were monetizing their content. But she decided to take a two-week trip to California to test the waters, and two years later, Natalie lives with David and is responsible for organizing the daily Vlog Squad chaos. Working behind the scenes as David's assistant, Natalie confesses there's no such thing as a "typical day," but that's exactly how they like it.

Though there's not a regular routine in David and Natalie's house, there are two different types of days: a posting day and a normal day. "On a normal day, I can wake up, go to the gym, come home, wake David up around 10," Natalie tells Elite Daily. "We knock all of the more serious business stuff out in the morning, whether that's calls or just running through the day, what we're going to do, or going to a meeting. And then, in the afternoon… we'll just all hop into David's car and go try and find something to film."

Sometimes, David, Natalie, and the rest of the Vlog Squad are lucky to stumble upon great content to film. But, as Natalie explains, "There's a lot that goes in behind the scenes of what kind of content we're going to make, or where we're going to film and how we're going to film it. It's not as easy as just picking up the camera, you know?"

Specifically, a ton of ideating goes into each vlog. "We have a big whiteboard in our living room, so whenever we have an idea, we just write it down on the whiteboard, and then we just kind of pray that, out of the 50 ideas we have written down, one or two of them works and we can film them the next day." As of April 6, David has posted 638 vlogs on his YouTube channel, so you can imagine the amount of ideas that have been bounced around his living room.

When it comes to a "posting day," Natalie's life is somehow even more hectic. "It's when all hell breaks loose and it's complete chaos," she says. "I have no contact with anything outside of the vlog... I have tunnel vision when it comes to a posting day. It's honestly probably one of my favorite days because I feel like I get so much done."

Each vlog has so many moving parts – some of which include Justin Bieber or a casual 10-foot snake – and Natalie is the one steering the ship. By the end of a posting day, Natalie has "gone to eight different stores and talked to 12 different people, and it's just like you're running like a hamster on a wheel. You just go, go, go, go, go until it's done ... all hands on deck."

Though it's a non-stop lifestyle, Natalie has no intention of stopping anytime soon. "What we do right now, it's so gratifying," she says. "I can't imagine a more fun job or career."

More like this
Mark Tuan's Quotes About His Solo Career Tease Endless Potential For The Future – EXCLUSIVE
By Michele Mendez
Billy Porter Knows He's A Walking Piece Of Art. That's The Point — EXCLUSIVE
By Margaret Blatz
Khloé Kardashian's Response To Her Unretouched Bikini Photo Leaking Gets Honest
By Brandy Robidoux
Stay up to date