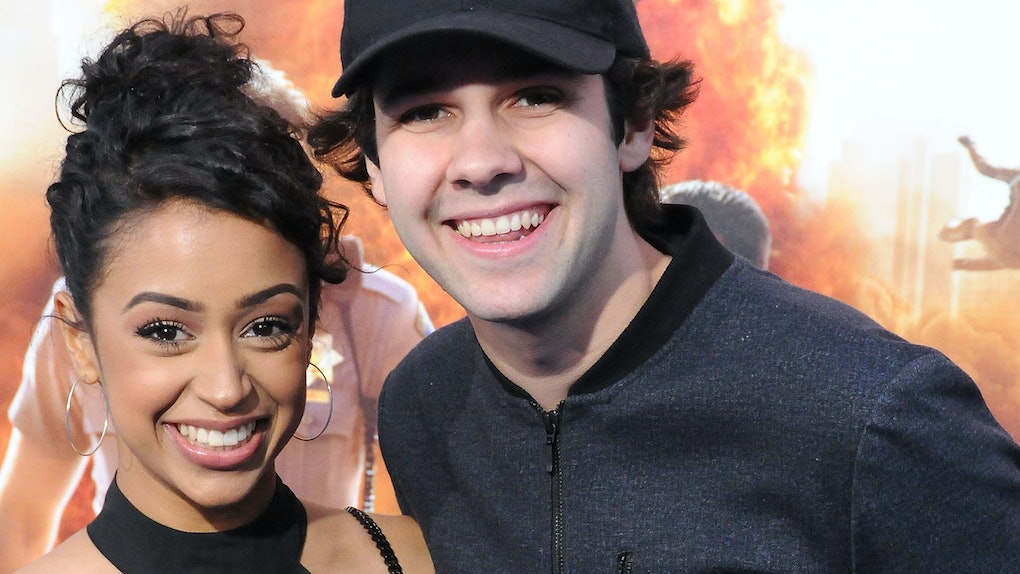 David Dobrik became famous for giving cars to his loved ones, being best friends with his childhood idol Josh Peck, and founding the super popular “Vlog Squad.” Liza Koshy started off on Vine and climbed the latter straight to the steps of the Met Gala. She also stars in her own YouTube Premium series Liza on Demand. Together, they were a YouTube power couple with a combined following of 32 million, creating some of Dobrik's funniest videos, which the YouTuber recently admitted to re-watching, despite splitting from his girlfriend in 2018. Welcome to the club, David.

Dobrik, who just won a People’s Choice Award for Social Star of 2019, appeared on GQ’s famous YouTube series Undercover, where celebrities create various social media and online accounts to directly answer users’ questions about them. One of the questions on Reddit, asked about a “favorite video of David in another YouTuber’s videos.” the social media personality replied, saying that unless he edited the video himself, he preferred not to watch himself on the screen. “Cause then I get nervous,” he explained, “I don’t know what I said.” The exception to this rule, he said, was videos he made with Koshy, which he called “really, really funny.” “Those I’ll still watch,” the YouTuber admitted, melting the hearts of the couple’s stans yet again.

The famous couple announced their breakup to their fanbase in June, 2018, six months after it happened. The video, posted on Dobrik's YouTube channel, was as heartbreaking as it was uplifting. It became YouTube’s third most trending video of the year and, as of November 2019, has been viewed over 58 million times.

One year later, fans are still actively asking for the two to get back together. So if you're craving Liza and David content, you can follow Dobrik's lead and watch some of their hilarious old videos. Like all the times Dobrik blindfolded and surprised his girlfriend with various animals, including but not limited to, a monkey, a flying squirrel, and an actual kangaroo. There was the time Liza pretended to be a die-hard Vlog Squad fan and had a "meltdown" in front of a restaurant they were all eating at. Or when she took the In My Feelings challenge to the hood of her car. The options are endless.

In addition to answering the Reddit questions and reminiscing about old times with Koshy, Dobrik made undercover accounts for Twitter, Instagram, Youtube, Quora and Wikipedia. He touched on a number of other topics, like emigrating to the United States from Slovakia at a young age, his relationship with his assistant and an old friend Natalie, which he said was purely platonic, as well as his personal style. The video started trending soon after it was uploaded and gathered over a million views within the first 24 hours of being posted – as if you needed a reminder of just how loved and popular a 23-year-old YouTuber is.