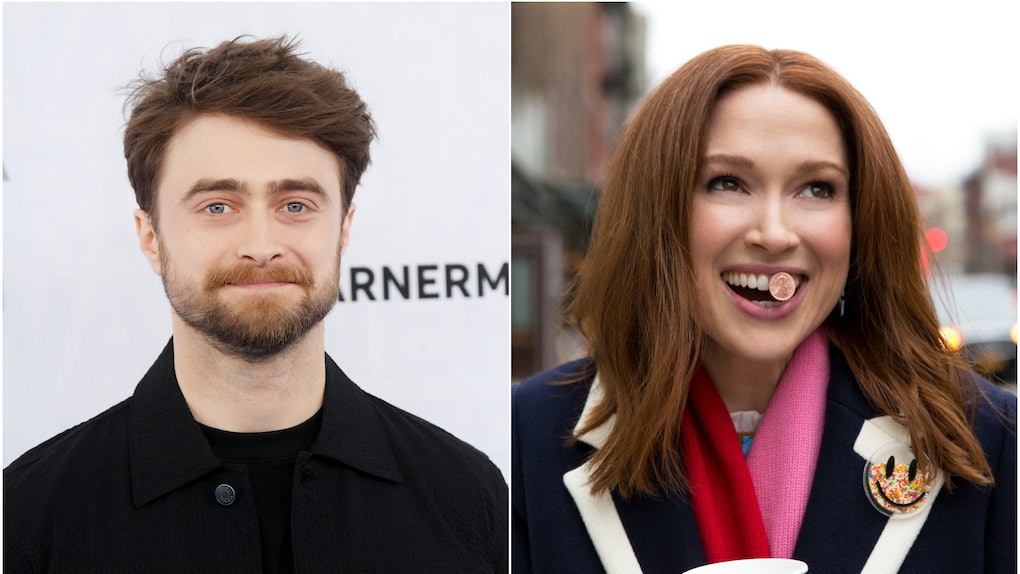 Netflix's Unbreakable Kimmy Schmidt wrapped its fourth and final season earlier this year, but following speculation about even more content of Kimmy, the streaming service will officially launch an interactive special in 2020. The main cast that fans know and love will return for the special, but a magical presence will also join them this time around. Daniel Radcliffe will star in the Unbreakable Kimmy Schmidt interactive movie, so I'm prepared to swish and flick my remote and play this as soon as it launches.

Netflix is keeping quiet about what kind of role Radcliffe will play, but it's spilled what Kimmy (Ellie Kemper) and her friends will be up to in this interactive show. In a press release, the special's logline reads:

In the “Unbreakable Kimmy Schmidt” interactive special, Kimmy Schmidt (Ellie Kemper) sets off on her biggest adventure yet. Three states! Explosions! A dancing hamburger! And you, the viewer, get to decide how the story goes. Will you foil the Reverend’s (Jon Hamm) evil plan and get Kimmy to her wedding on time? Or will you accidentally start a war against the robots? So grab your remote and a tray of delicious scrod, ‘cause Kimmy’s got her own Netflix interactive special!

When Unbreakable Kimmy Schmidt debuted on Netflix in 2015, viewers loved the kooky, hilarious tale of Kimmy, who was abducted as a child and eventually rescued from a bunker in the present day. Rather than returning to her old life in Indiana, she chose to begin a new chapter in New York City, where she met her theatrical roommate Titus Andromedon (Tituss Burgess) and eccentric landlady Lillian (Carol Kane). As she began working for the wealthy Jacqueline Voorhees (Jane Krakowski), Kimmy learned how to become an adult and fend for herself in the real world.

In the final season, focus grew on her children's book The Legends of Greemulax and its mission to help boys and girls understand each other better. The book is even available IRL under the byline of "Kimmy Schmidt" and author Sarah Mlynowski. The comedy's series finale launched in January 2019, ending with Kimmy's book project blowing up enough to expand to theme park fame. Her friends earned happy endings too, which brings up the question of whether this interactive special will take place after the events of the finale. Seeing as the summary mentions Kimmy getting married, it looks like viewers will take a trip into the characters' futures for the new episode.

Plus, how will Radcliffe contribute to the spectacle? Is he Kimmy's mysterious groom? Will he channel Harry Potter and guide viewers to their newest adventure via broomstick? Is he the dancing hamburger Netflix references? Hopefully some clarity about his character will arrive soon, but fans could have a bit of wait before any news. The special won't debut on Netflix until 2020, so start crafting your deep-dive theories now.

Kimmy might have missed out on the Harry Potter craze when she was in the bunker, but I have my fingers crossed for some sneaky Wizarding World references in this upcoming treat. The Unbreakable Kimmy Schmidt interactive special debuts on Netflix in 2020.

More like this
6 ‘Schitt’s Creek' Spinoff Ideas That Are Simply The Best
By Rachel Varina
These Movies & TV Shows Starring 'Shadow And Bone' Actors Are Far From Ravka
By Ani Bundel
Is Netflix Making A 'To All The Boys' Spinoff Series About Kitty? Here's The Tea
By Rachel Varina
Stay up to date