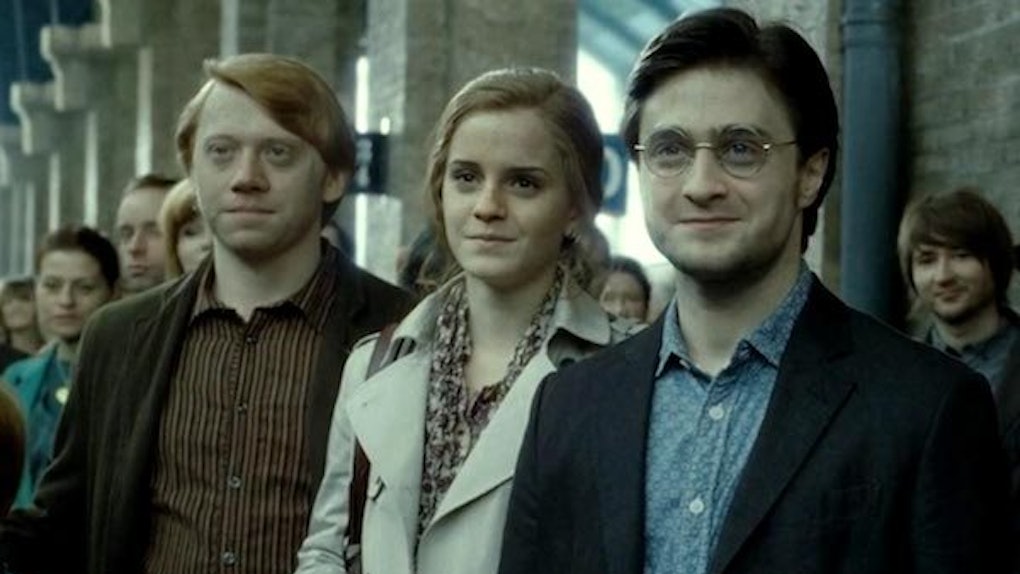 It's been nearly a decade since the end of the original Harry Potter films, but Daniel Radcliffe's career seems to keep surprising his fans. His latest project, Miracle Workers, marks his first time starring in an original series for American television. (He's starred in TV series before, but those were all BBC productions which were then picked up by PBS.) While some film actors sneer at TV, Radcliffe has an open mind about it, both for himself and the character that made him famous. Daniel Radcliffe wants a Harry Potter spinoff for TV to happen, but he doesn't want it to have anything to do with Fantastic Beasts.

It's fashionable to dislike J.K. Rowlings' follow-up series to the Harry Potter films, but Radcliffe isn't pooh-poohing the Newt Scamander-lead films either. As far as he sees it, in this era of reboots, remakes, and reimaginings, it's all just par for the course. He told TV Guide in a recent interview he fully expects to see Harry Potter rebooted in his lifetime.

I definitely think there will be another version of it within my lifetime. It will be interesting to see. At the moment those films have sort of a sacred varnish on them, but that will be worn away at some point... I'm just intrigued to see when that happens.

Radcliffe doesn't just think there will be a Harry Potter reboot, he assumes it will be one made for the small screen instead of the big one. It's not an off-base assumption either, considering Lord of the Rings, which came out at the same time the early Potter films did, are already being remade for Amazon Studios streaming service as episodic TV.

What Radcliffe would like the see for Harry Potter is something like the Amazon LOTR show, which isn't focusing on Frodo, but other aspects of the story. From his perspective, remaking the central story would be silly since it was recently done. "I don't know at this point what would be gained by rebooting it for TV, but that's not necessarily the goal, I suppose."

His choice would be making a series focused on the previous generation from his, with James Potter starring.

I feel like there are other stories from that world that you could absolutely turn into a TV series, 100 percent. A series with the older generation, that could be very cool.

The idea of a Marauders series, either on the big or small screen, has been a favorite among fans for years. It's such a popular concept an actual 30-minute short fan-made film was released, focusing on Misters Moony, Wormtail, Padfoot, and Prongs and their arch-enemy, Severus Snape.

Once Fantastic Beasts is over, Warner Brothers will doubtlessly be looking for more Wizarding World material to mine. With streaming services endlessly devouring original TV series, can it be long before a Marauders TV series arrives? Perhaps Radcliffe could executive produce. After all, he's got an EP credit on Miracle Workers already.

More like this
Is Netflix Making A 'To All The Boys' Spinoff Series About Kitty? Here's The Tea
By Rachel Varina
Here's How To Stream 'Nomadland' So You Can Finally Get The Hype
By Rachel Varina
Kathryn Hahn Hopes To Explore Agatha's Backstory In Future Marvel Projects — EXCLUSIVE
By Dylan Kickham
Stay up to date