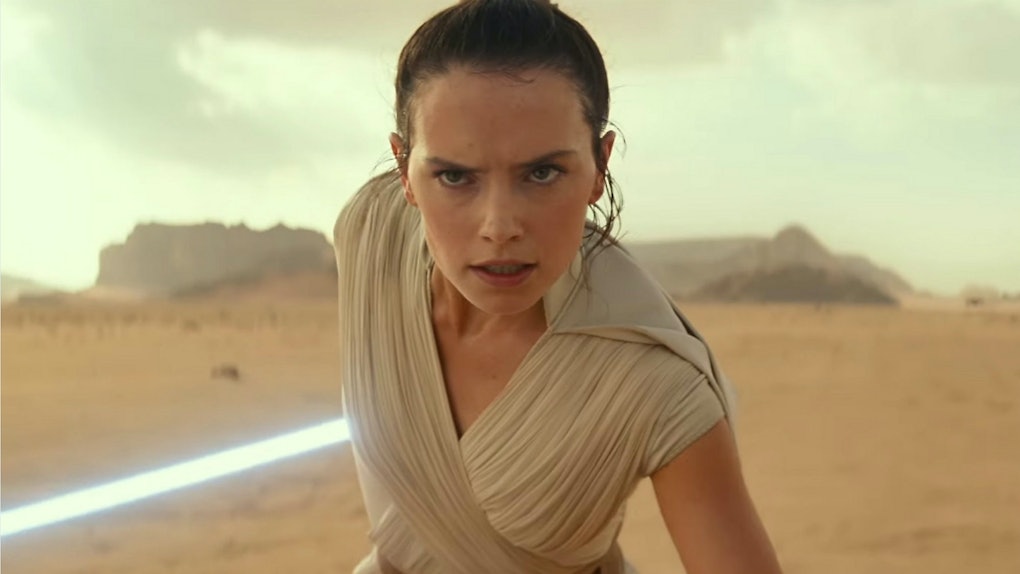 The first half of 2019 was filled with box office event-level releases, like Captain Marvel and Avengers: Endgame. It also saw the ending to major sagas like Game of Thrones. But the most significant conclusion coming in the last year of the twenty-teens won't be until December when Lucasfilm releases the final Star Wars film in what is now a nonology, three trilogies comprised of nine films altogether which tell the story of the Skywalker Saga. As the marketing campaign for the film gets going, Daisy Ridley's quotes about filming Star Wars: The Rise Of Skywalker are sure to tug at fan's heartstrings.

Each trilogy of Star Wars has its hero. In the prequel trilogy, it was Obi-Wan Kenobi. In the original trilogy, it was Luke Skywalker. In the new, final trilogy, Ridley has played that role, as Rey, the preternaturally gifted Jedi, who is the hero of the series. It not only has made her a global superstar but gave her a career that will last a lifetime, no matter what she does afterward.

Having something that career- and life-defining come to an end isn't easy for anyone. (For instance, Kit Harington, who played the hero on Game of Thrones, checked into therapy to deal with how it affected him.) But for Ridley, the ending seems to have hit especially hard.

I just can’t remember it. I remember [director] J.J. [Abrams] making a speech and I sort of remember a couple things he said, like I’m always on time, which I appreciate him saying. And then he went to pass me the mic, and I was the last person to wrap. It was my final shot, and I’m just crying in the shot… It was incredibly dramatic.

As for what she said to the cast and crew after the final moment wrapped, Ridley says it's all one big blur.

Literally can’t remember what I said. Hugged a number of people and then got in the car and looked out the window like I was in a music video: tears rolling down my face, hand to the window, thinking about days gone past.

For fans, the final Star Wars episode film will be met with both tears and trepidation. The first one came out in 1977, for fans under the age of 42, Star Wars has been around as long as they've been alive. But there's also a nervousness, especially after fans saw the way Game of Thrones ended versus how Avengers: Endgame played out. One stuck the landing. The other did not crash and burn, per se, but the ending was super awkward.

Not knowing which way the cards will fall with Star Wars has tempered excitement heading into the final installment. But no matter what happens, the end of the Star Wars Skywalker Saga will be an end to a story told over decades and an end to a pop culture phenomenon that has lasted generations.