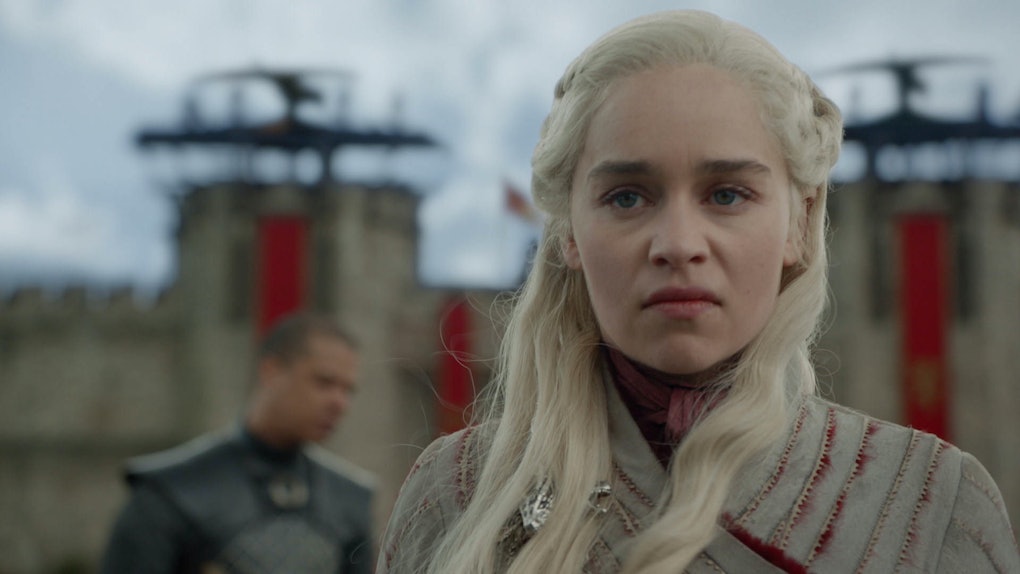 Daenerys Became The Mad Queen On 'Game Of Thrones,' So Start Preparing For The Worst

Going into the May 12 Battle of King's Landing, viewers had pretty high expectations of who would survive and who would die. Most were rooting for Euron Greyjoy to kick off after Episode 4's dragon killing. Many also hoped Cersei would follow, consumed by Daenerys' dragon flame. Others assumed Jaime's choice to ride south would doom his survival chances, and everyone figured CleganeBowl would take out at least The Mountain, if not The Hound as well. Warning: Spoilers for Game of Thrones Season 8 follow. But few were expecting Daenerys to become the Mad Queen, which should have been a sign she was in the gravest danger.

It seemed for the moment that King's Landing was saved. Cersei had lost, and Daenerys would be Queen, as she always wanted.

And then the bells began to ring.

This is actually where the show has a weak spot because in the books, this almost certainly would have been written from Daenerys' point of view, and whatever the bells trigger would have been far more transparent. As it is, what viewers got from a third-person perspective was the following. The bells began to sound, signaling surrender.

Sitting atop Drogon over the city, her eyes narrowed, and her breath caught. She stared in rage at the Red Keep and Cersei inside. She took off from the rooftops, flew over the city, and...

Well, you've seen Bran's vision. There it was.

And Drogon breathed fire. The Lannister army thought of themselves betrayed and attacked, and Jon couldn't stop it. The Unsullied, and especially Grey Worm, just lost it themselves in the wake of Daenerys' fire. But there was one problem. Both armies were in the city, and fire doesn't care who it kills. Daenerys was murdering everyone. It was perhaps the most terrifying scene the show has ever staged, and that includes the Battle of Winterfell, only two episodes ago. Everyone and everything was dying, with millions burned to a crisp in the streets.

And Jon was trapped in the middle of it. This was the Queen he had argued for and believed in. She and her army were killing the people they supposedly came to save.

More like this
This 2021 'Game Of Thrones' Season 8 Trailer Is So Confusing... & So Good
By Ani Bundel
What’s Coming To Disney+ In May 2021? 'Cruella,' 'HSMTMTS' Season 2, & More
By Ani Bundel
These Movies & TV Shows Starring 'Shadow And Bone' Actors Are Far From Ravka
By Ani Bundel
Stay up to date