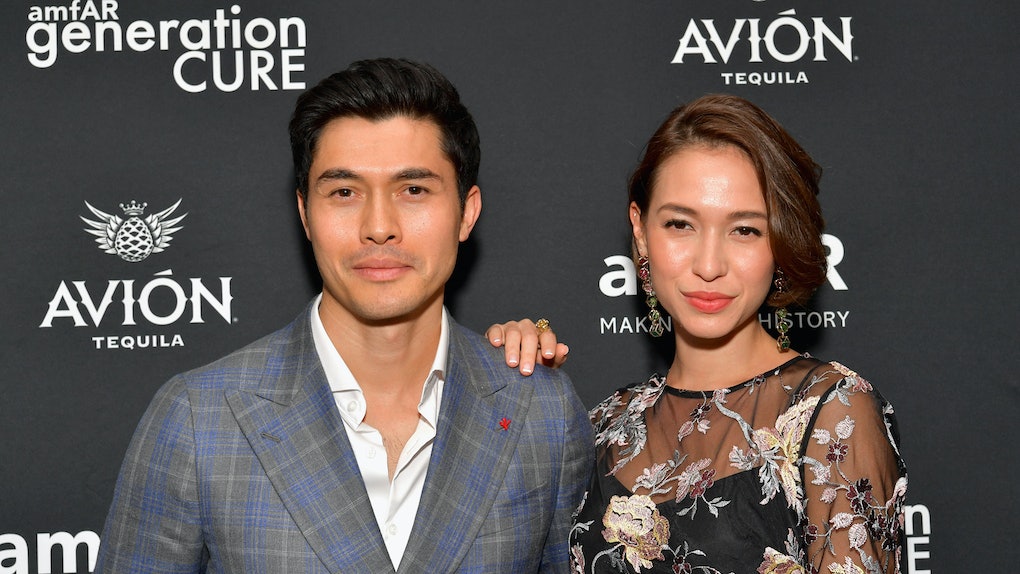 When most actors snag the role of a lifetime, it usually comes after years and years and years of professional trainers. But for one wildly popular rom-com star, it was actually his personal life that made him a perfect candidate for the role. Yes, that's right. Crazy Rich Asians' Henry Golding's relationship with his wife, Liv Lo, helped him catch director Jon M. Chu's eye and land him the coveted role of Nick Young.

You see, before his debut in Crazy Rich Asians, Golding was a Malaysian TV show host with barely any acting experience. On paper, there seemed to be no reason for director Jon M. Chu to cast him in the role. That is until Chu stumbled upon Golding's Instagram account. In particular, it was Golding's posts with his wife that captured the director's attention.

As far as Chu was concerned, that guy was the one he wanted in his movie. Even when Golding sent in an audition tape for the role of Young, Chu was still trying to get him to bring a little more of himself to the role. "He had suddenly tried to act," Chu told the Chicago Sun-Times. "And I was, like, 'That’s not you, dude. It’s too serious. Just relax, be you.'"

The "you" Chu is referring to is, of course, the version of himself Golding presents on social media. Not only does one scroll through Golding's feed confirm his status as a certified stud, but it also becomes abundantly clear how incredibly in love he is with his wife Lo, a fellow TV presenter who also instructs yoga.

The high profile couple hasn't been at all shy about documenting every detail of their fairytale relationship on their respective Instagram accounts.

Even the day they met sounds like it was straight out of a rom-com. Lo wrote of the fateful 2011 day in a post celebrating their second wedding anniversary. She captioned the photo of them smiling on the red carpet:

We met 1.1.11 in Singapore at a friend’s birthday party. I knew you had noticed me but didn’t introduce yourself. Disappointed, I tried all my craziest wildest efforts, including dancing on speakers, to grab your attention. If you weren’t going to speak to me, I knew I would have to. As I was leaving you walked behind me. Here was my chance. I had nothing to lose. I turned around and said “Hi, I am leaving and you’re never going to see me again”. And so began our love story. Happy Wedding Anniversary @henrygolding#mrandmrsgolding

As if that adorable meet cute wasn't enough, Golding also once saved his lady from Japan's Tōhoku earthquake and tsunami. “The city was at a standstill and no one could work or travel. People were so panicked they wouldn’t even drink the water,” Lo told Harper’s Bazaar Singapore of the time she was stuck in Japan. “But Henry got me out of the city to join him in the Perhentian [Islands] in Malaysia. […] The demonstration of character proved that he is a man of his word; that he is serious about our relationship and cares about me.” Oh, and this whole encounter took place only a few short months after they met.

The couple had a Nicholas Sparks-worthy wedding in Thailand back in 2016 complete with Champagne and a breathtaking sunset.

So, if you're wondering why Golding was so good at playing the role of Nick Young, the answer is pretty simple. He is Nick Young IRL.