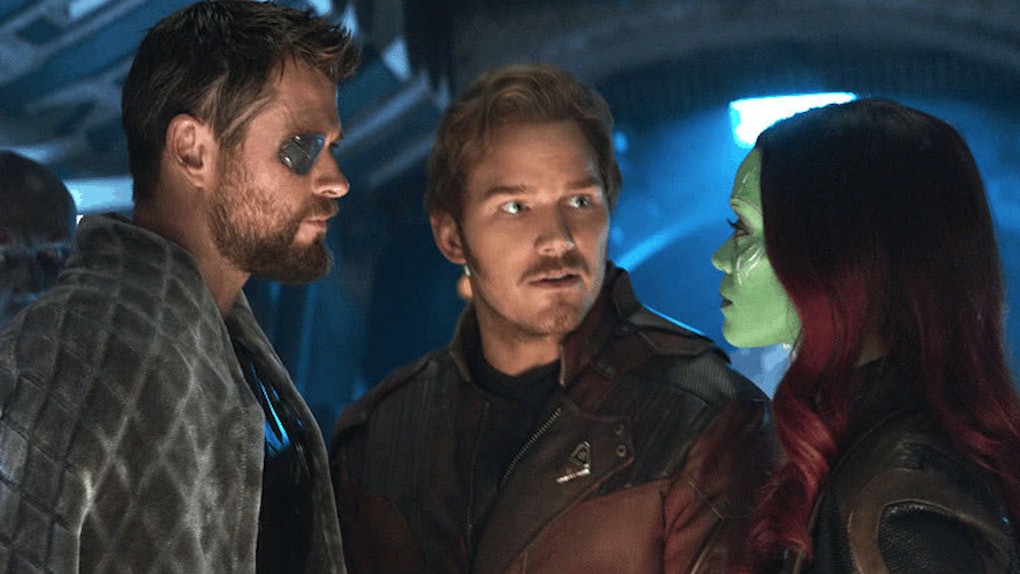 Could An Asgardians Of The Galaxy Movie Happen? Chris Hemsworth Is Game For It

While Avengers: Endgame tied up a bunch of loose ends in the Marvel Cinematic Universe, it also left fans with a fair share of cliffhangers, leaving the future of its superheroes in question. For the original six Avengers, though, the movie seems to be the end of the line... although there are still some big questions surrounding a few of them. In particular, Thor, who ends up flying off with the Gaurdians of the Galaxy. Naturally, fans are wondering could an Asgardians of the Galaxy movie happen because of this ending, and Chris Hemsworth's latest comments should give fans hope that it is still a possibility.

Although Chris Hemsworth future with Marvel is still unclear, he has stated that he would be interested in returning as Thor under the right conditions. At the end of Avengers: Endgame, most of the original six Avengers are out of commission: Iron Man and Black Widow died and Captain America became an old man. We know that Marvel's upcoming Phase 4 will focus largely on new and more recently introduced heroes, and Hawkeye is getting his own series training apprentice Kate Bishop on Disney+, so where does that leave the Hulk and Thor? That is one of the big questions fans were left with, and although the Hulk's story could kind of go anywhere, Thor's final moments in Avengers: Endgame seemed to set up the perfect follow-up movie for him.

After struggling with depression, Thor left his kingdom of Asgard (now a village on Earth) in the more capable hands of Valkyrie and joined back up with the newly un-snapped Guardians of the Galaxy to seek out adventure throughout the cosmos. He even dubbed them a new blended name: the Asgardians of the Galaxy, and after a bit of a back-and-forth with Star-Lord about who was in charge, they were off. So, does that ending mean we will see a crossover Thor/Guardians of the Galaxy movie in Marvel's future? In a recent interview with CinemaBlend, Chris Hemsworth revealed he is totally down to join the Guardians for a movie:

I'll work with any of those guys. Asgardians Of The Galaxy. That's actually great. You might've just got me my next job. Thank you, man.

The only question now is when or if that might happen. Guardians of the Galaxy Vol. 3 has already been greenlit by Marvel with James Gunn writing and directing, but it is not yet clear whether Thor will be a part of that story or not. There is still a lot of time to decide that, though, since filming for that next Guardians movie is not scheduled to begin until next year, after Gunn has finished his work on the Suicide Squad sequel that he is directing for DC Comics.

There is also the chance that an Asgardians of the Galaxy crossover movie could be a future plan that is separate from Guardians of the Galaxy Vol. 3, although the upcoming movie would have to find some way to explain Thor's absence from the crew since we last saw him joining up with them. Fans will just have to continue waiting to see where Marvel will take Thor's story after Endgame.

More like this
Here's How To Stream 'Nomadland' So You Can Finally Get The Hype
By Rachel Varina
Is Netflix Making A 'To All The Boys' Spinoff Series About Kitty? Here's The Tea
By Rachel Varina
'Thor: Love & Thunder' Cast, Plot Details, Premiere Date, & More
By Ani Bundel
Stay up to date