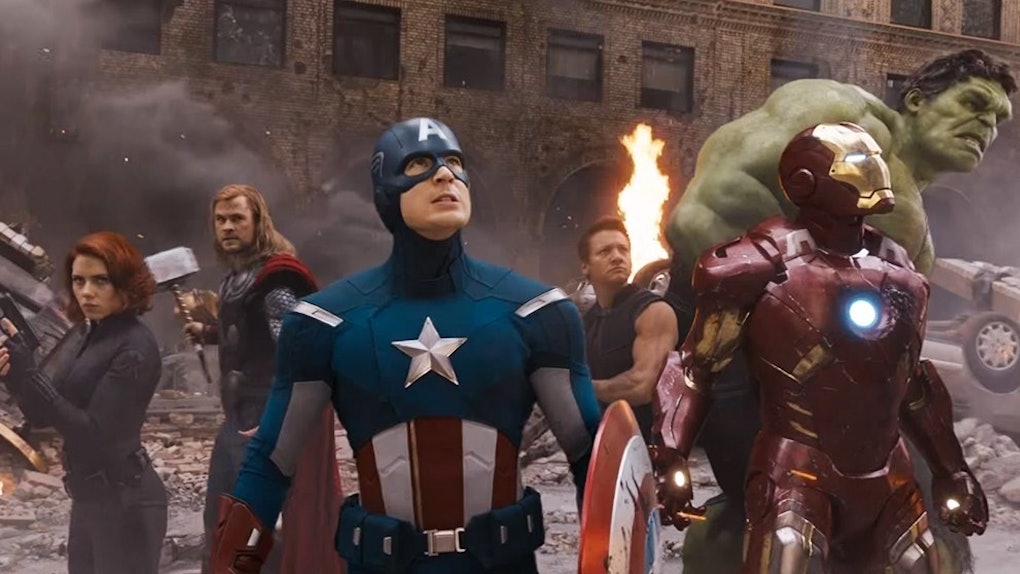 Could All The Avengers Die? This 'Avengers: Endgame' Theory Has Fans Worried

There's no getting around it. Avengers: Infinity War was a tragedy of Shakespearean proportions. Not just because half of the universe's population was decimated by Thanos, but because of why the Avengers failed to stop him. Their love for each other made it so they couldn't bring themselves to sacrifice anyone from the team. They were beaten because Thanos was willing to kill the ones he loved to win and they were not. But the real question is how big a tragedy could the follow up Avengers: Endgame be? Could all the Avengers die?

No one has been willing to consider this as an option. There's been talk of Steve Rogers, aka Captain America, passing away at the end of the film, but this is due to Chris Evans making it clear he's done with the role. There's also concern Tony Stark, aka Iron Man, will die, but this is because Robert Downey Jr. has been the leader of these films for over a decade and should probably give it a rest.

The idea the series could kill off all the original Avengers has thus far been unthinkable. But theories are surfacing as the debut date draws closer. Could viewers see the end of more than just Stark and Rogers?

According to the new theory, the entire original 2012 Avengers team may be in danger. And it's all due to them re-enacting a scene fans know well.

According to a brand new Reddit theory, the Avengers will find themselves needing to assemble, to combine their strength to use the Infinity Stones.

[I]n the end of Endgame the core Avengers (Iron Man, Captain America, Thor, Hulk, etc) will get a hold of the Gauntlet or Infinity Stones and in order to use them, they must all link up (just like in Guardians of the Galaxy Vol. 1, when they use the Power Stone) and undoing so give up their lives as a sacrifice to bring everyone who disappeared back.

Now, there are a few holes in this idea, namely the Black Widow standalone movie coming out as part of Phase IV. But no one knows for sure what the tentatively titled Black Widow is about. It could very well be set before the events of the first Avengers movies, much like Captain Marvel. And there have been rumors of a Thor 4 (or really Ragnarok 2) film as part of Phase IV as well.

But even though it might not logistically be possible to kill off all of the original franchise characters, the idea is still not as far-fetched as one might think. One thing the Marvel franchise loves is a good easter egg, and setting up one of this magnitude all the way back in 2014 would be just the sort of significant callback the franchise would jump on. It also would help tie the Guardians stories tighter to the main narrative, to have the original Avengers reenact their iconic scene to bring Rocket's friends back to him.

More like this
This Video Of Disneyland's Marvel's Avengers Campus Is Super
By Cianna Garrison
What's Coming To Netflix In May 2021? Lots Of Action & Drama
By Ani Bundel
'Downton Abbey 2': Release Date, Cast, Trailer, Photos, & More
By Ani Bundel
Stay up to date