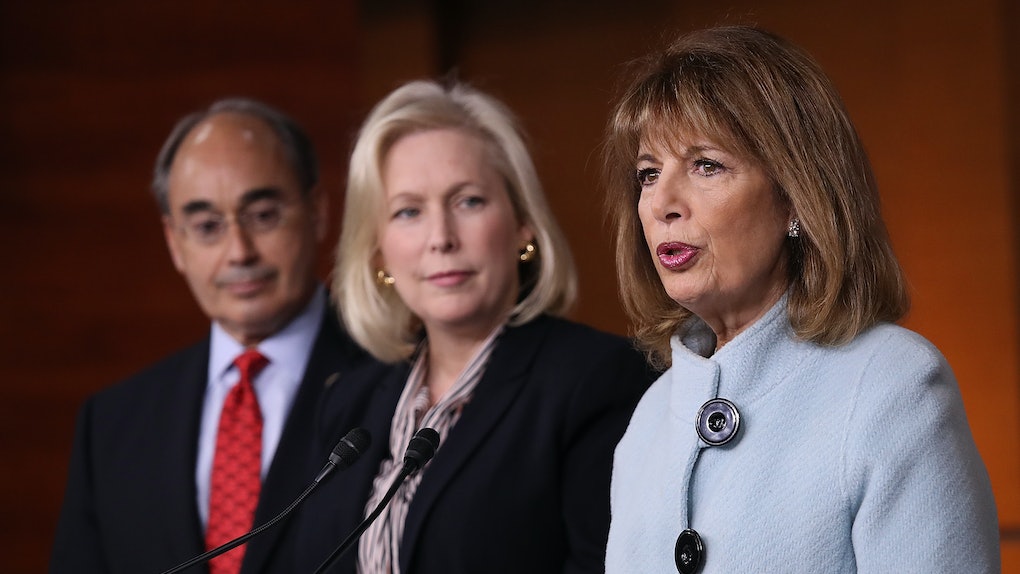 On Thursday, Jan. 18, Congress released legislation known as the Congressional Accountability Act of 1995 Reform Act, or more commonly known as the new bill that is combatting sexual harassment in Congress. Sexual harassment allegations hit Congress hard in 2017, with numerous resignations and scandals lingering in the shadows of Washington. Now, after being drafted and worked on for three months by leaders and members of both parties, Congress' new sexual harassment bill shows they are actually making progress over on the hill.

Rep. Gregg Harper of Mississippi, the head of the House Administration Committee helped write the legislation with Rep. Bob Brady of Pennsylvania. In an interview with NBC News right before the bill was released, Harper said this bill "goes a long way toward preventing future bad behavior."

One of the main features of this bill is to give sexual assault victims in Congress better resources during the process of filing a sexual harassment complaint. The bill aims to make the process of filing simpler and will make the entire process more transparent to the general public. So many sexual harassment allegations against congressmen have apparently been under the radar, and nearly $17 million of public money has been used since 1997 to settle workplace disputes on Capitol Hill, according to Politico. This bill hopes to change that by making the process more public, and hopefully in turn, less frequent.

Rep. Jackie Speier has a great deal to do with getting this new bill passed. Speier, a House leader, introduced anti-sexual harassment legislation on the Hill back in October, shortly after sharing her own #MeToo story publicly. Under this new bill, individuals that file sexual harassment complaints in Congress will have more leverage and support while making sure the accused individual is held accountable justly.

"What we want to do is create — and I think we’re seeing it already — a sea change in the culture in the members and the staff. Those who have gone through the process have felt a little overwhelmed," Harper said. "Now you've got somebody who's got your interest at heart."

Speaker of the House Paul Ryan has not made an official statement on the bill, but has expressed support for the legislation. The bill is expected to pass through Congress easily with little objection from any House members. The pace at which this legislation was drafted and passed through both parties demonstrates the unanimous attitude from everyone in Congress towards the conversation of sexual harassment and reform.

“I mean it’s a really great bill,” Speier said to NBC News. “It’s been a very bipartisan and cooperative effort.”

Other proposals (as part of the bill) include stricter consequences for settlement claims. The proposal would prohibit lawmakers from using taxpayer funds to settle claims in the future, and the accused must reimburse the U.S. Treasury within 90 days of the settlement, according to NBC. If they fail to reimburse them, the U.S. Treasury will continue to add onto their payment, in addition to that person's retirement account and Social Security. Lawmakers would also have to certify, with a new process, that they did not use any congressional bank accounts to pay for the settlements. The bill will also create a legal office to exclusively represent complainants and individuals seeking a lawsuit.

“We’re going to wipe this kind of behavior out from a financial standpoint if nothing else,” Speier said

This new bill has clearcut consequences and processes by which sexual harassment in politics will be combatted. For too long, the rules regarding sexual harassment in the workplace have been muddied and left undiscussed, but now, Congress is leading the way in a more educated conversation, and they are learning from their mistakes.