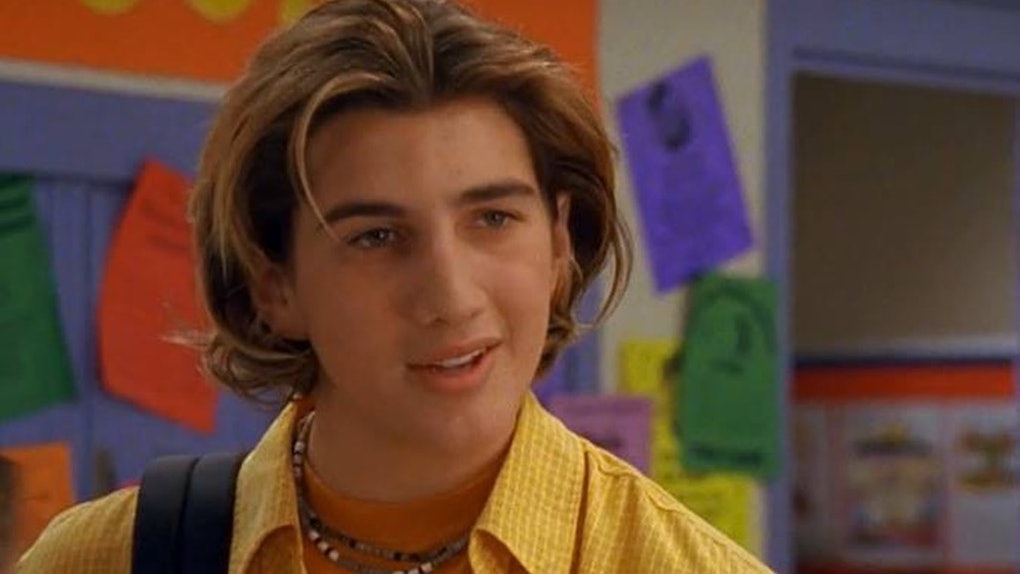 I'm so sorry to all my Lizzie McGuire fans out there, but the actor who played everyone's childhood crush, Ethan Craft — real name: Clayton Snyder — is engaged to actress Allegra Edwards. Snyder announced his Nov. 28 engagement on Instagram on Dec. 2 with pretty much the most adorable post of all time — a carousel of two pictures of them, one from 2009 and one from 2019. In both of the black-and-white images, Snyder lovingly cradles Edwards' head as they touch noses and smile.

Snyder included a special message for Edwards in his caption. "Dear Allegra," he wrote. "Some things never change. Except, a lot changed, and then it got very similar, but very different, but better, and now, your finger’s a bit heavier. And not just because of all the pecan pie. What a Thanksgiving. I love your laugh. I love your heart. I love your family. I love you. Looking forward to wifing you."

Edwards posted the same series of images with her own more condensed caption:

Luckily for their fans, the new couple didn't just stop there with their engagement posts. Shortly after announcing the engagement, Snyder posted a longer carousel featuring additional behind-the-scenes photos from the engagement, including a video of his new fiancée sobbing shortly after he popped the question.

Edwards also posted her own follow-up post, an image of herself hugging Snyder by the fireplace presumably after he popped the question. She simply captioned the post, "11.28.19 He’s my home ❤️"

In conclusion, yes... It's probably time to take down that Ethan Craft poster you carefully clipped out of J-14 and hung on your childhood bedroom wall.