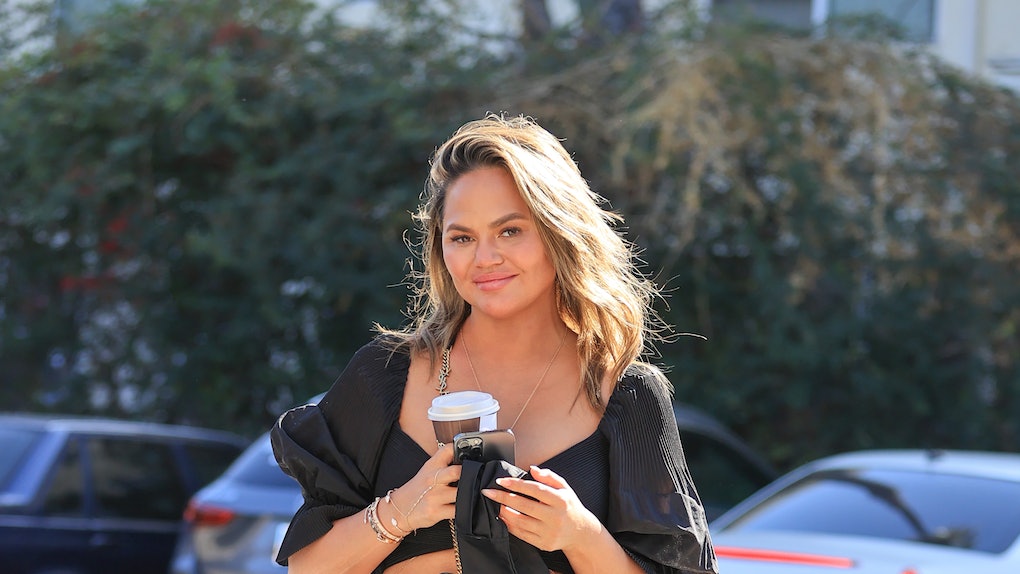 Like the rest of the world, Chrissy Teigen has some ~thoughts~ on the unedited Khloé Kardashian swimsuit photo that circulated the internet in early April. Teigen understands the pressures of fame, and came to Kardashian's defense while simultaneously recognizing the body image issues social media and influencer culture creates and fosters. Chrissy Teigen's quotes about Khloé Kardashian's bikini photo controversy were objective.

It was on April 6 an unretouched bikini pic of Kardashian began going viral on social media after her assistant accidentally posted it online. The pic, which showed Koko rocking a cheetah print swimsuit (and looking amazing while doing so). Shortly after the picture went viral, Kardashian's team immediately began issuing requests for it to be taken down.

The KarJenners take their social media pages very seriously, so it's understandable they'd want to have control over what's uploaded, but many fans expressed disappointment in Kardashian for trying to scrub the unfiltered moment from the internet. She faced some tough criticism, but fellow social media queen Teigen said she saw both sides of the coin.

When asked about the controversy by a fan on Watch What Happens Live With Andy Cohen, Teigen had mixed emotions.

“I went like a million different ways with it, and I actually ended up talking about it in therapy, oddly enough, because of my own body insecurity issues and what celebrities have done to people in distorting their image of what a real human body looks like,” Teigen said.

"You get frustrated because, I look at Khloé and, of course, I’m like, ‘You’re so beautiful, You’re so strong,'" she continued. "And the change that she’s made to her body, she’s so proud of and everybody’s so proud of. And you want someone to be like, ‘F*ck yes, this is my body in any light.'”

The Kardashians see more than their fair share of internet criticism, and it's something Teigen can relate to all too well.