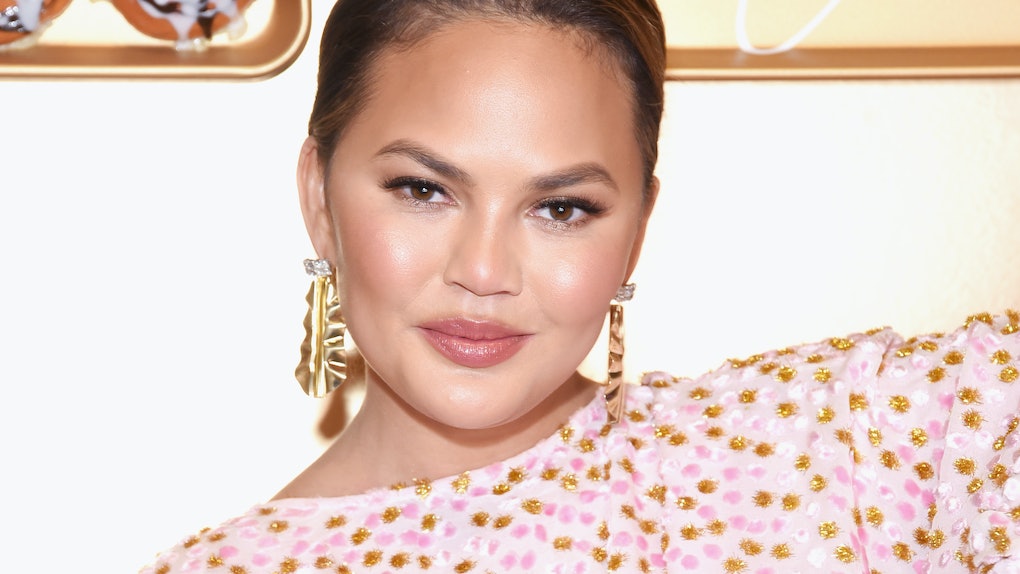 Chrissy Teigen and her daughter Luna have been making a lot of noise on social media lately. Teigen is well-known for sharing the ups and downs of parenthood quite frequently on her social media accounts. And on Wednesday, Dec. 19, the 33-year-old model, cookbook author, and mother shared one of Luna’s sweetest moments yet! Chrissy Teigen’s photo of Luna in Elmo pajamas will definitely put a smile on your face!

In a post to her Instagram account, Teigen shared a photo of her 2-year-old daughter sporting some very cute Elmo pajamas. In the photo, you can see that little Luna is also wearing a pink bow in her hair and a pair of My Little Pony slippers to complete the outfit. It’s genuinely adorable!

The colorful pajamas were apparently for “PJ day” at school, at least according to Teigen’s caption on the post. “PJ day at school today!” Teigen wrote.

From the looks of the photo, Luna was thrilled to be dressed in her pajamas for the school day. She even looks like she might have been dancing with excitement in the photo, so this was definitely a fun thing for her to do!

If you haven’t seen the adorable photo of Luna from Teigen’s Instagram, you can check it out down below:

This isn’t the first time this week Teigen has shared a glimpse into Luna’s life. On Tuesday, Dec. 18, Teigen also revealed on Twitter that she had to make her daughter a restaurant-style menu in order to get her to eat.

In the video Teigen tweeted, you can see her flipping through a homemade menu that shows photos of meals Luna likes. In addition to photos, the menu also includes prices. So cute!

“I made a restaurant for my 2 and a half year old,” Teigen captioned the video. And in the video itself, you can hear her say, “I have a problem.”

You can check out the hilarious video down below:

Even though it seems like a really elaborate scheme to get Luna to eat, it’s actually quite a creative approach for parents to take when dealing with picky eaters. Lots of people responded positively to the video and relayed their own childhood battles with picky eating.

“My Mom did this for us in the '70s,” one person tweeted to Teigen. “We even got a real coffee shop bill with the total cost, we paid by the rule of kiss the cook, paid in full.”

Another person on Twitter lauded Teigen for sharing such a great idea.

“This is absolutely genius! My 2 y/o is speech delayed so this would make meal time so much easier!” they said.

Teigen’s parenting adventures are clearly resonating with her followers, even if she herself thinks what she’s doing is out of the ordinary. But hey, at least she’s getting the job done and helping people in the process!