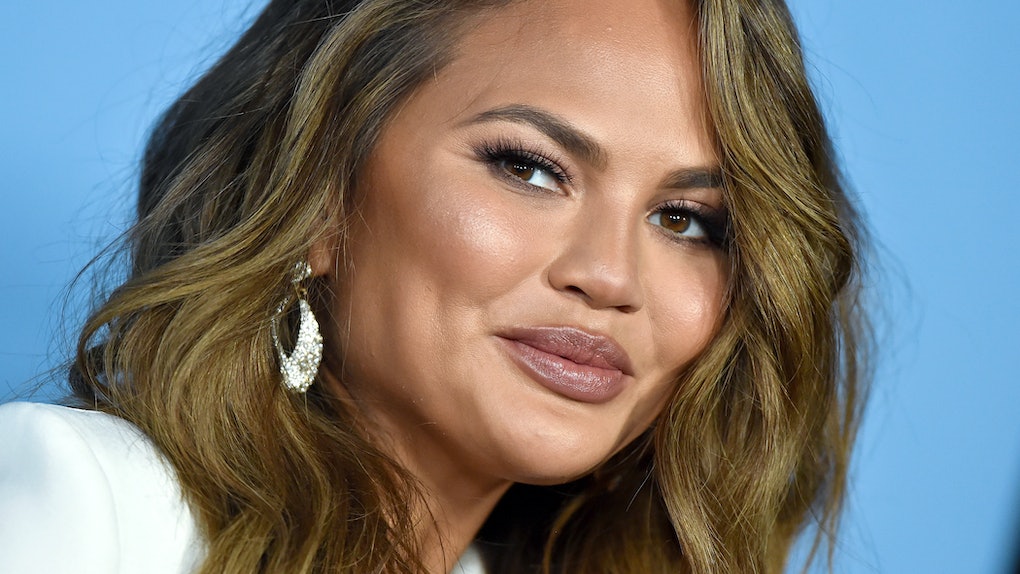 Chrissy Teigen's Joke About AirPods Has Fans On Twitter Pissed

If Chrissy Teigen's not going viral for her epic clapbacks toward mommy-shamers, then she's going viral for her tweets trolling Donald Trump. The Twitterverse loves Teigen for being so relatable despite being one of the biggest celebrities out there, but every once in a while, she has social media screwups, too. One of those unfortunate moments came on Nov. 6 when she shared a tweet that fans felt flaunted her wealth a little too much. You won't believe me when I tell you this, but the whole ordeal began because of a pair of AirPods. Chrissy Teigen's joke about AirPods did not sit well with fans at all.

Usually, whenever Teigen receives criticism on social media, she's quick to brush if off because of the unrealistic standards the general public hold celebrities to. In the past, fans have called the star out for going on date nights, sharing a bath with Luna, taking Luna to the dentist "too early," and most recently, painting Luna's nails, so you can understand why she doesn't take much of the backlash she gets too seriously. Teigen's usually ready with a clapback when she knows she did nothing wrong, but this time, Teigen acknowledged she made a rare mistake.

On Nov. 6, Teigen tweeted, "My mom treats her air pods like they're disposable. Buys a few a month. She says they would be easier to not lose if they had....a cord."

The joke seemed innocent enough, but some fans called Teigen's tweet out of touch because replacing AirPods isn't so easy when you're not super rich. (They're $160 a pop, after all.)

Following the backlash, Teigen shared a series of tweets apologizing to fans, writing, "Oh man I haven’t checked my mentions for a bit and I didn’t realize how many people were super pissed off about this. It was meant as a joke (and exaggeration) about how my mom doesn’t realize air pods are with a cord are headphones but it came across as super tone deaf and icky."

Teigen explained that although she's human and makes mistakes like anyone else, she'll try her best to be more considerate of her fans' feelings and situations in the future.

"I promise I will not always say the right thing in the right way but I also promise I hate disappointing or pissing you guys off," she tweeted. "I’m sorry and I will do better to not be such an asshole."

This situation was probably super uncomfortable for Teigen, but at least she owned up to her gaffe and learned a lesson from the whole experience.

More like this
Chrissy Teigen's Quotes About Giving Up Dieting Are So Refreshing
By Brandy Robidoux
Kendall Jenner Shaded Selena Gomez On Twitter & Selenators Went OFF
By Michele Mendez
Brian Kilmeade's Comment Connecting Prince Philip's Death To Meghan & Harry Has Fans Pissed
By Sydney N. Sweeney
Stay up to date