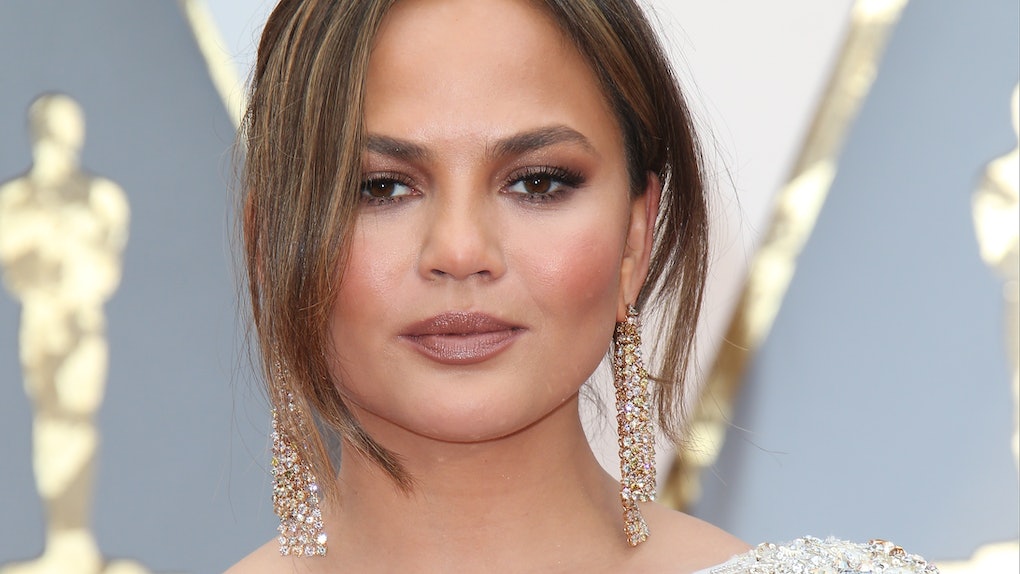 Chrissy Teigen Connected With Meghan Markle After Her Pregnancy Loss

Pregnancy loss is difficult, and it’s something both Chrissy Teigen and Meghan Markle have lived through. In September 2020, the model and cookbook author was expecting a third child with her husband, John Legend, but she experienced stillbirth. Just two months after that, the Duchess revealed that she had a miscarriage in July of that year. Both women chose to publicly share stories about their pregnancy losses in an effort to spread awareness on the stigmatized topic. But in private, Chrissy Teigen connected with Meghan Markle about their pregnancy losses, which is so heartwarming.

Even though pregnancy loss isn’t widely discussed, it’s not as uncommon as you may think. According to the CDC, about 1 pregnancy in 100 at 20 weeks of pregnancy or longer is affected by stillbirth, and many expecting parents experience grief after having a miscarriage or stillbirth. Such was the case for Markle and Teigen, who both published vulnerable essays on their experiences with it.

“I knew, as I clutched my firstborn child, that I was losing my second,” Meghan said in a November 2020 essay for the New York Times. “Sitting in a hospital bed, watching my husband’s heart break as he tried to hold the shattered pieces of mine, I realized that the only way to begin to heal is to first ask, ‘Are you OK?’”

Markle asked herself that question — but she also made sure to reach out to Teigen to express her empathy for the former Sports Illustrated cover star. In an April 20 interview with Andy Cohen, Teigen revealed that Markle wrote to Teigen about “loss and [losing] Baby Jack.”

“[Meghan] is really wonderful, and so kind, and just as kind as everyone says she is,” Teigen said. “That’s why you look at everything and you’re like, my god, what is absolutely wrong with people that they have to make this person out to be so malicious or so crazy?”

This isn’t the first time Teigen has defended Markle, who is often the subject of the British press' harshest criticisms. Upon learning that the media was attacking the Duchess in the days leading up to the March 7 Meghan and Harry interview with Oprah, Teigen took to Twitter to clap back at the royal couple’s haters. “this meghan markle shit is hitting too close to home for me,” she said on March 5. “these people won’t stop until she miscarries. fucking stop it.”

Markle and Teigen’s experiences are heartbreaking, but it is so inspiring to see that the strong women are there for each other through thick and thin. Both stars are brave for sharing their pregnancy-loss experiences with the world — and hopefully their honesty will give strength to other people who experience pregnancy loss.