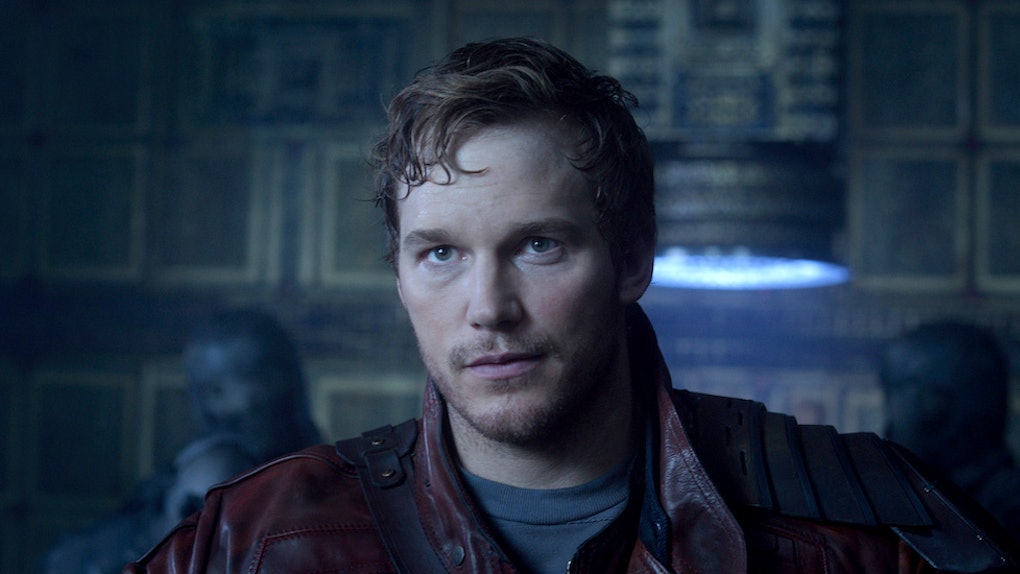 Chris Pratt Is Defending Star-Lord From All That 'Avengers: Infinity War' Hate

Thanos may have been the villain in Avengers: Infinity War, but surprisingly, one of the heroes seems to be getting the most hate from everyone who saw the movie. Since the massive Marvel team-up movie came out last month, Chris Pratt has noticed that a lot of hate within the fandom is directed at his character, Star-Lord, because of one controversial, climactic scene. Now, Chris Pratt is defending Star-Lord from the Avengers: Infinity War hate, and explaining why his character acted the way that he did.

Spoiler alert: Plot details from Avengers: Infinity War ahead. The scene that caused all the fan hate came when the Guardians of the Galaxy teamed up with Iron Man, Spider-Man, and Doctor Strange on Titan to try to take down Thanos. The team actually comes closer to wresting the Infinity Gauntlet from Thanos' hand than anyone else... and most viewers believe the Avengers would have actually succeeded in seizing the Infinity Stones and stopping Thanos if it was not for Star-Lord. While Mantis is struggling to keep Thanos placated, Star-Lord realizes that the villain has killed Gamora, and he loses it. Enraged that the love of his life is dead, Star-Lord begins futilely punching the temporarily incapacitated Thanos, only to distract from the actual plan of trying to get the Infinity Gauntlet in the brief window of time that they had.

Many fans blamed Star-Lord's outburst for ruining the best chance that the Avengers had at stopping Thanos, and anti-Star-Lord memes and jokes began popping up online:

But Chris Pratt does not understand all the hate. Pratt told RadioTimes that he has seen all the negative fan reactions to his character, but doesn't necessarily agree with them. He pointed out that Star-Lord's outburst was how anyone would react to finding out the love of their life was killed, and that it further underlines the humanity of the character:

People seem to be upset with Star-Lord ... Look – the guy watched his mother die, he watched as his father-figure died in his arms, he was forced to kill his own biological father. And now has suffered the loss of the love of his life. So I think he reacted in a way that’s very human, and I think the humanity of the Guardians of the Galaxy is what sets them apart from other superheroes. I think if we did it a hundred times I wouldn’t change a thing.

It's true that Star-Lord really has been through the ringer in both Guardians of the Galaxy movies and Infinity War, having to witness the death of pretty much everyone that is close to him. Gamora was the last close loved one that he had left, so it is understandable that he would snap after finding out that she is dead.

And also, I blame Thanos, OK? Jeez, how come he’s not getting any blame? Clearly I’m very sensitive about this.

Right — if you're going to be mad at anyone in Infinity War, then shouldn't it be Thanos? I mean, he is the one who is trying to destroy the universe; everyone else is trying to stop him. Why extend the blame any further than the obvious?

Maybe Star-Lord will make up for his emotional outburst in next year's Avengers 4, which will be a direct follow-up to Infinity War after the cliffhanger ending of the movie. But unfortunately, it looks like Chris Pratt will have to wait until that movie comes out in the summer of 2019 to possibly see the end of all the Star-Lord hate.