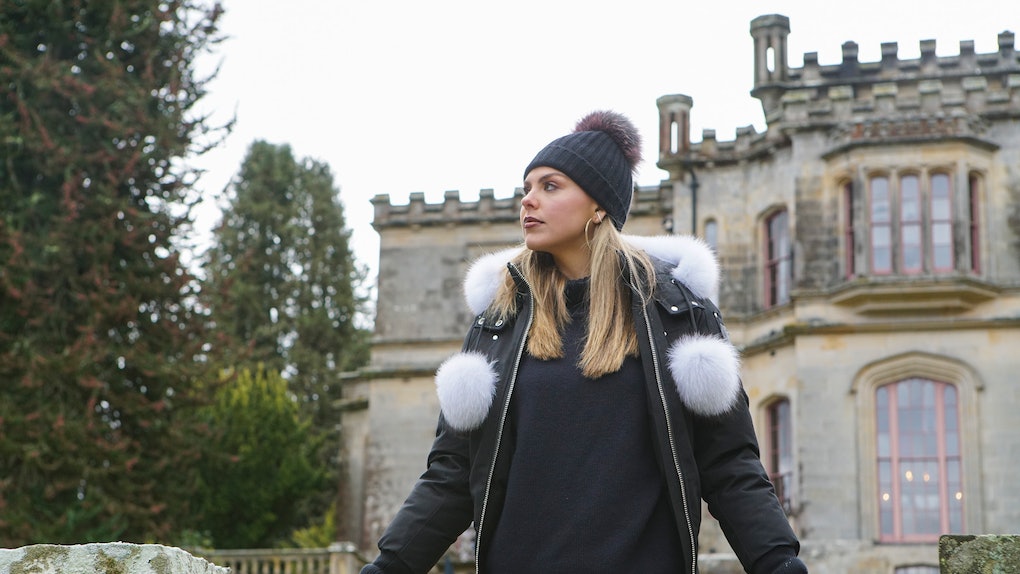 Hannah's season of The Bachelorette is more than halfway through, but it's already been full of plenty of drama. The Battle of the Lukes saw Luke P. and Luke S. duking it out over Hannah. But even after Luke S. conceded by taking himself out of the running and leaving the show, the Luke drama was far from over. The rest of the guys continued to butt heads with Luke P., and Hannah told him that she couldn't give him a rose during their one-on-one date in Scotland. It was all a lot for Hannah to handle, and it all led to her taking a breather. Chris Harrison and Hannah's sit-down gave her the chance to reflect on what's gone down so far this season.

Chris talked to E! News about how Hannah's tumultuous relationship with Luke P. has clouded a lot of the season so far, and how it's taken up much of Hannah's time that could have been spent pursuing her relationships. He said:

We have this conversation, which I was hoping was going to kind of reset her and reset the mood and the tone, and it got even darker and it got even more desperate, and to the point where she's not sure if this is gonna work, and then she's not even sure how it ever works.

Before fans got to see Hannah and the guys tour Latvia, Chris sat down with Hannah to give her a chance to re-focus on what she wants and needs amidst all the drama. During their sit-down, Hannah said, "I don't see how at this point I'm going to get to the point I need to be at by the end."

Chris and Hannah reflected on all of the various tensions that occurred this season, from Scott and his secret girlfriend in Week 1 to the explosive cocktail party in Scotland.

During the cocktail party in Scotland, Hannah became extremely frustrated by the guys fighting about each other instead of focusing their energy are trying to get to know her. She said:

Everyone thinks that it's just Luke who makes me feel freaking psycho and irritated, but it's all of you that makes me feel this way. I came in here ready to share things about me. But I don't feel comfortable doing that anymore. I'm really defeated from all of you. So I don't want to do this.

During their first conversation in Latvia, Chris and Hannah talked about what she's looking for from a partner. She said, "I just want to feel like i can share with somebody and I'm not going to do that until I'm led to share."

But, unfortunately, Hannah hasn't felt comfortable sharing with any of her suitors so far. "I just need it to change," Hannah told Chris as she wiped away tears. "I'm trying to stay hopeful."

During her sit-down with Chris in Latvia, Hannah said that she felt like she was flailing, and that she thought she'd understand her feelings better than she does by this point in the season. But, Chris reassured her that the possibility of meeting the person for her is not lost yet. Hannah told Chris that she sees a glimmer of hope, and fans will just have to keep watching to find out if that glimmer turns into love.