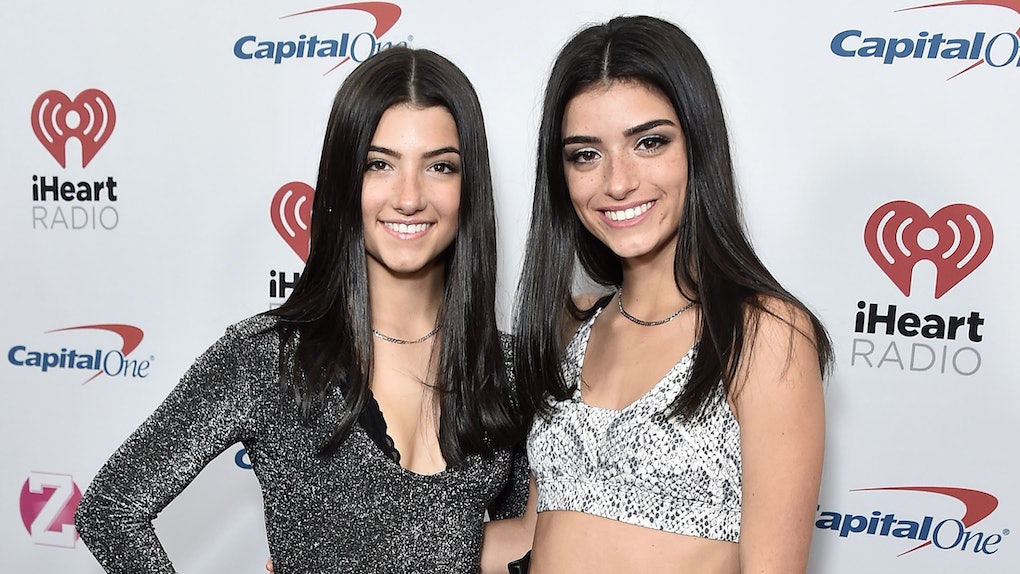 Charli D'Amelio's Reaction To Griffin Johnson's "Convenient" Is A Lot

Charli D'Amelio doesn't seem to be a fan of Griffin Johnson's debut single, "Convenient." After the Sway House member released the song on Sept. 20, fans immediately drew connections between the track's lyrics and Johnson's recent split with Charli's sister, Dixie D'Amelio. Apparently, the star saw the same thing. On Sept. 22, paparazzi asked Charli about her feelings on the song, and her response was surprisingly shady. Fans keeping up with all this TikTok drama will want to hear all about Charli D'Amelio's reaction to Griffin Johnson's "Convenient."

So far, Dixie and Johnson's breakup has been really messy, to say the least. The drama started on July 6 when Chase Hudson (Charli's ex) accused Johnson of cheating on Dixie in a since-deleted note on Twitter. (Elite Daily previously reached out to the stars' reps for comment on the rumors but didn't hear back.) Fans wondered whether things were over for the couple due to the rumors, and they finally got their answer when Dixie uploaded a YouTube video titled "My Last Date With Griffin" on Aug. 3. "Hey, so, we actually broke up, but I had this video scheduled for today, so I'm posting it anyways. It was fun," she said in beginning of the clip.

At the time, fans thought they heard the last of Dixie and Johnson together, but then the Sway House member dropped "Convenient." According to fans, the song has Dixie's name written all over it. "She took it out of context/ Now my heart's in the comments," Johnson says in the song, referencing the cheating rumors.

"Now you can say I'm heartless/ But you don't know what a heart is/ You don't think I No-ah... You say you love me but you turned and went ghost/ You said you're just friends but you're wearing his clothes," Johnson continues, alluding to the speculation Dixie is now dating his fellow Sway House member, Noah Beck.

While Charli, Dixie, Hudson, and Beck were all walking around Beverly Hills on Sept. 22, the paparazzi asked the sisters about their thoughts on "Convenient." It seems Charli didn't appreciate the lyrics at all.

"Didn't he cheat? Yeah, that's weird," Charli told The Hollywood Fix. Elite Daily reached out to Johnson's reps for comment, but did not hear back by the time of publication.

When asked if she was upset by the track, Dixie seemed to be totally unbothered by it. "It's really hard. I can't sleep at night," Dixie jokingly said.

Watch the sisters talk about "Convenient" near the 2:25 and 3:52 marks below.

Considering there's always more drama that comes up in the TikTok world, this likely won't be the last time fans hear about "Convenient."