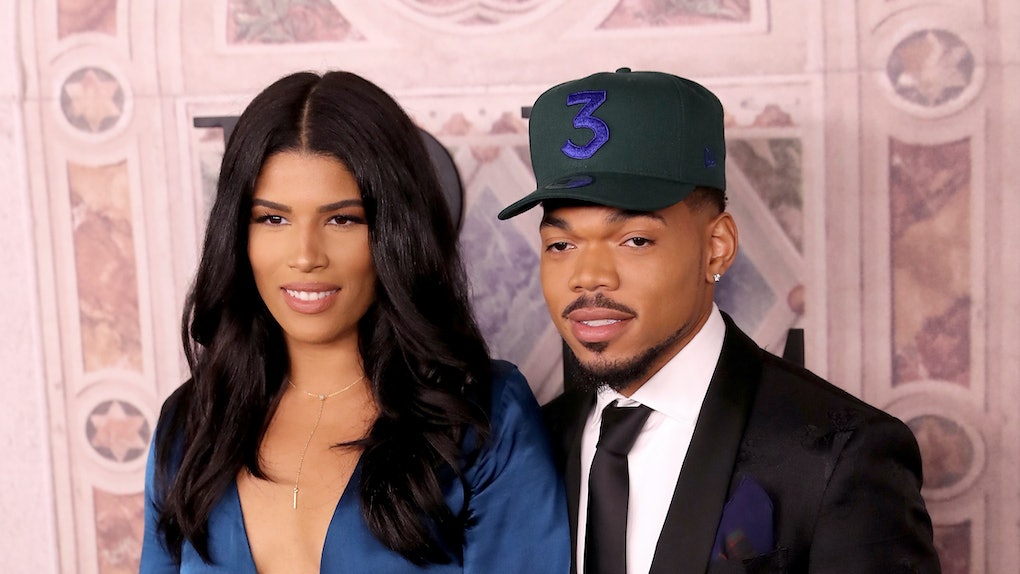 Chance the Rapper really loves his soon-to-be wife Kirsten Corley. Not that there was any question or doubt about it to begin with. But the 25-year-old rapper just proved how deep his love goes. In a March 6 Twitter thread, Chance told fans that he would be marrying Corley this weekend. Before he relayed that information, though, he gave fans a glimpse into how and why his path with Corley crossed in the first place. Chance the Rapper’s story of how he met Kirsten Corley will probably make you shed a tear or two. That’s how beautiful it is!

In his Twitter thread, Chance the Rapper shared a photo of Corley that was taken the day he met her, which was way back in 2003 when they both were just kids! Chance was just 9-years-old at the time, so the memories he shared of that day are very early ones. In any case, Chance revealed that he actually met Corley at an office party that his mom was attending. See, his mom was a real estate agent, so she and several colleagues gathered to do some mingling. Chance, being so young at the time, remembers sitting in the corner of the room playing a video game. There was only one thing that could distract him from it: a performance by Destiny’s Child.

"This is where my memory comes back in a photographic manner. We were instructed to make way for an exclusive performance by DESTINY'S CHILD!" the rapper recalled.

Obviously, Beyoncé, Kelly Rowland, and Michelle Williams weren’t there, but that didn’t matter much to Chance.

“‘QUESTION. TELL ME WHAT YOU THINK ABOUT ME.' Now I'm locking eyes with the prettiest girl I ever seen in my almost-a-decade of life on Earth," Chance wrote. "I shouldn't even say locked eyes 'cause really, I was just staring at her; as she and her girls were conquering this choreography."

You can check out Chance the Rapper’s story about meeting his soon-to-be wife down below:

After the girls performed, Chance’s dad told him he should, too, because he was a pretty amazing dancer even at that young age. But as Chance recalls, he declined. The reason?

"It's 'cause I knew I was gonna marry that girl. And I ain't wanna jump the gun," Chance wrote on Twitter. "So I shook my head with anxiety, moved to the back of the crowd and never even introduced myself. 16 years later it's happening. This wknd is the time, and the place is my wedding. I'm gonna dance with my wife because this is my destiny."

Ummm, I love it how Chance just casually revealed he's getting married this weekend at the end of the story. HERE FOR IT.

Is this not the sweetest love story you’ve ever read in your life? I mean, they are meant to be together, clearly! Plus, this story has all the elements that make a great romance: love at first sight, destiny, and a happy ending. You couldn’t ask for anything more, in my opinion. I never knew I needed this story until now, but I’m glad Chance gave everyone the opportunity to read it because it’s just that heartwarming. Congrats to the happy couple!

More like this
Taylor Swift & Olivia Rodrigo's Friendship Timeline Will Make Your Heart Grow 3 Sizes
By Brandy Robidoux
These Tweets Comparing SuperM's "We Do" To BTS' "Dynamite" Video Are So Split
By Michele Mendez
Taylor Swift's 'Fearless (Taylor's Version)' Lyric Changes Are Small, But Meaningful
By Michele Mendez
Stay up to date