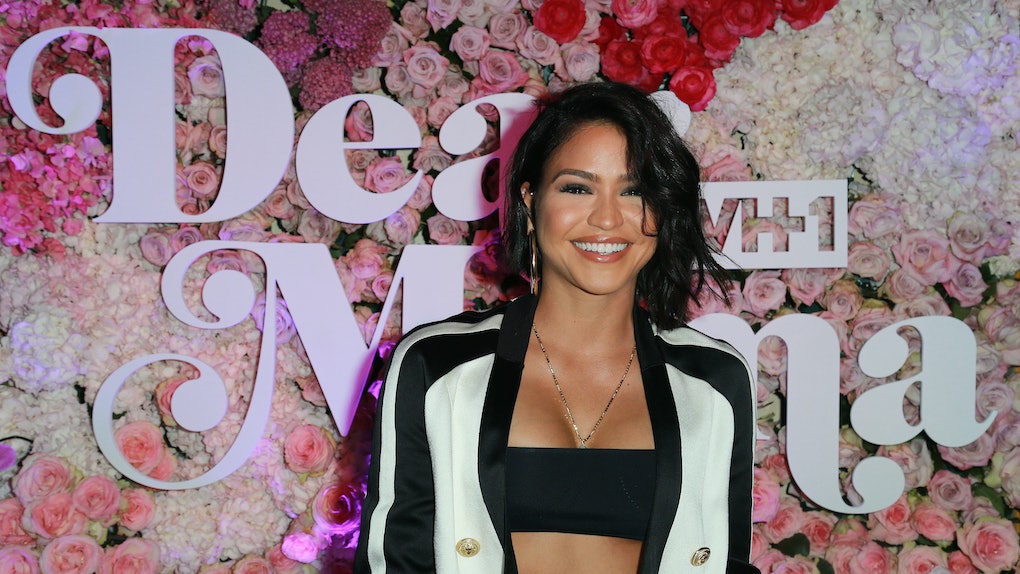 Cassie & Alex Fine Got Married 1 Month After Announcing Their Engagement

If you know you've found the one, why wait? On Sept. 25, director Peter Berg posted an Instagram photo of him officiating the wedding of none other than singer Cassie and her now-husband, Alex Fine. The exact date of their nuptials is unclear, but Cassie and Alex Fine got married after about a year of dating, and a month after getting engaged. Cassie made her relationship with Fine Instagram official in Dec. 2018, after ending her on-and-off relationship with Sean "Diddy" Combs.

Maybe it's just because I'm Libra (aka, a hopeless romantic), but the whole thing feels like relationship goals to me. The intimate details of Cassie and Alex's love story seem to exist just between them, but the concept of getting married as soon as you know your partner's "the one" is just dreamy. The part where you don't stress about wedding-planning and how you'll pay for it because you're a beautiful, talented, pop legend is also pretty lovely, too.

It's especially nice to see Cassie having her fairytale moment after dating Diddy on and off for 11 years. (The two broke up in October 2018.) Ever since she started dating Fine, plenty of fans have noticed Cassie's "relationship glow" and her "love glow-up." The couple's happiness became even clearer after Cassie announced she was pregnant in June 2018. On Aug. 27, the couple announced their engagement on Instagram, and just one month later, it seems they've walked down the aisle! Although neither Fine nor Cassie have posted about their wedding, director Peter Berg shared a post-wedding photo of him and the couple to Instagram with the caption: "By the power vested in me, @alexfine44 and @cassie: Long may you ride!"

A bit of background on Cassie's man: Fine's main job is as a professional bull-rider. Pretty cool, huh? But like many millennials, he has a multi-hyphenate career. His Instagram bio lists him as the health director for Hemp Hydrate, a hemp-infused water brand, and according to Life & Style, he's the personal trainer for the Riverdale cast, including Mark Consuelos, KJ Apa, and Charles Melton. According to Vanity Fair, Fine's training career is how he became friends with Berg — who posted the "long may you ride" wedding pic on Insta.

While neither Cassie nor Fine have posted wedding photos to their own accounts, Fine did announce their engagement via Instagram. Next to Fine's IGTV video of the wedding proposal, he also posted a pic of them silhouetted against an ethereal, purple Compton sky. "This moment will always be so special to me," Fine wrote. "I get to marry my best friend in the whole world. How am I so lucky? #MrsFine"

First of all, have you ever seen a more beautiful couple? And can we talk about this stunning proposal? I, for one, can't wait to see what these two have in store next, and I especially can't wait for the world to meet their baby girl. Here's hoping these two continue to share more about their love story in the months to come.

More like this
When Are Ariana Grande & Dalton Gomez Getting Married? Here's The Reported Tea
By Corinne Sullivan
18 Celebrity Couples Who Got Married In Secret
By Corinne Sullivan
Zac Clark & Tayshia Adams Are Wedding Planning & I’m So Pumped
By Lydia Wang
Stay up to date