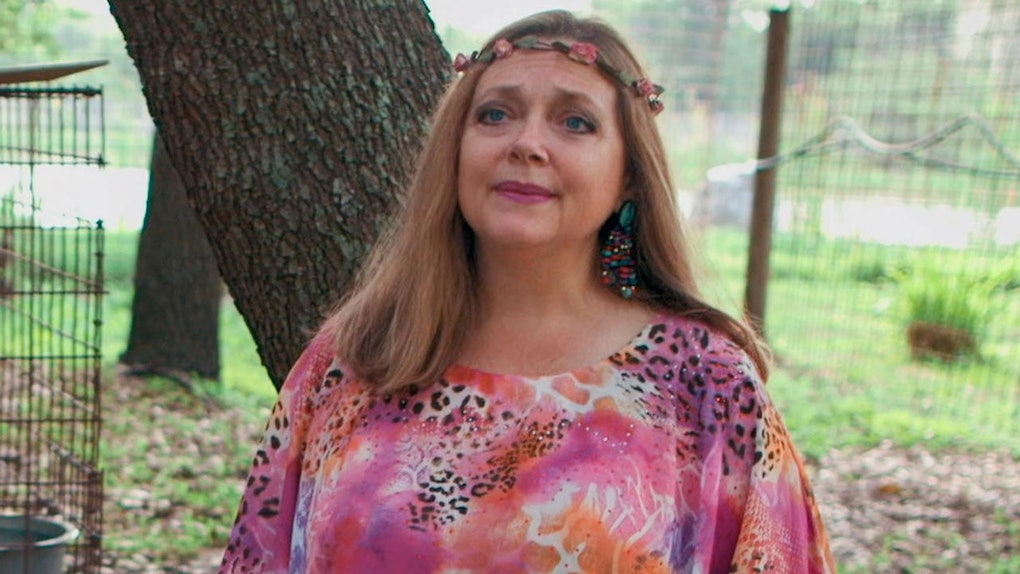 Carole Baskin Came Out As Bisexual In A New Interview

Carole Baskin is no stranger to making headlines, whether in regards to a certain smash hit Netflix documentary or her Lion King-inspired dance routine on Dancing With The Stars. Now, though, she's in the news for a personal announcement: Carole Baskin came out as bisexual. Apparently, she's known that she's bi for decades now, but she publicly acknowledged it for the first time in a new interview.

While talking to PinkNews, Baskin revealed that she became aware of her sexuality in the '80s, while she was dating a psychologist who was immersed in the LGBTQ community.

“It was during the period when AIDS was just wreaking havoc around the world, and people were losing their loved ones, and so I became very close to people in that community then," she told PinkNews.

Baskin has been married three times — first to Michael Murdock at the age of 17, then to Don Lewis (who disappeared in 1997), and finally to Howard Baskin, her current husband of 16 years. Despite the fact that she's only been married to men, Baskin explained that while becoming closer to the LGBTQ community, she discovered she had "just as equal feelings for women" as she did for men.

"Even though I’ve never had a wife, I could just as easily have a wife as a husband," she explained to PinkNews.

Baskin noted that growing up, she "always thought that there was something off" that she couldn't quite put her finger on. It was only when she learned more about sexuality that she understood her identity.

When asked whether she thought gay tiger breeder Joe Exotic was a good representation of the queer community, she stated simply: "I think he’s an embarrassment to the human community ... It’s not a matter of what your sexuality is, this man is just a deviant in the way that he treats human life and animal life."

Let it be known that the owner of Big Cat Rescue pulls no punches.